The full story behind Banksy's pop-up shop in Croydon 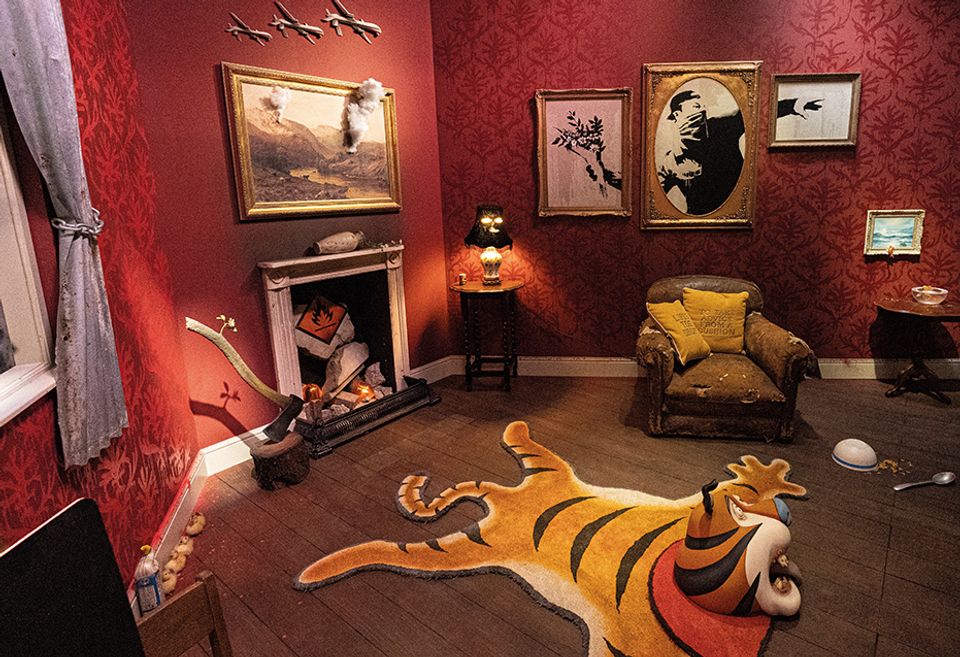 The interior of Banksy’s London shop Image courtesy of Banksy

A legal dispute over Banksy’s trademark has forced the British street artist to launch a very different kind of art store—in a former carpet shop in Croydon, south London. “[It is] possibly the least poetic reason to ever hold an art show,” Banksy says.

The homeware store, called Gross Domestic Product—essentially a window display that will never actually open—is selling a range of items, including the stab vest worn by the grime artist Stormzy at Glastonbury, welcome mats hand-stitched by women in detainment camps in Greece and disco balls made from police riot helmets. The objects have all been installed in a series of window displays along with often-reproduced paintings such as Banksy’s Flower Thrower.

Prices start at £10, but the merchandise range will only be available to buy online after the shop shuts in two weeks. Until then, collectors will have to settle for window shopping. Proceeds from the welcome mats will go to the women who created them. 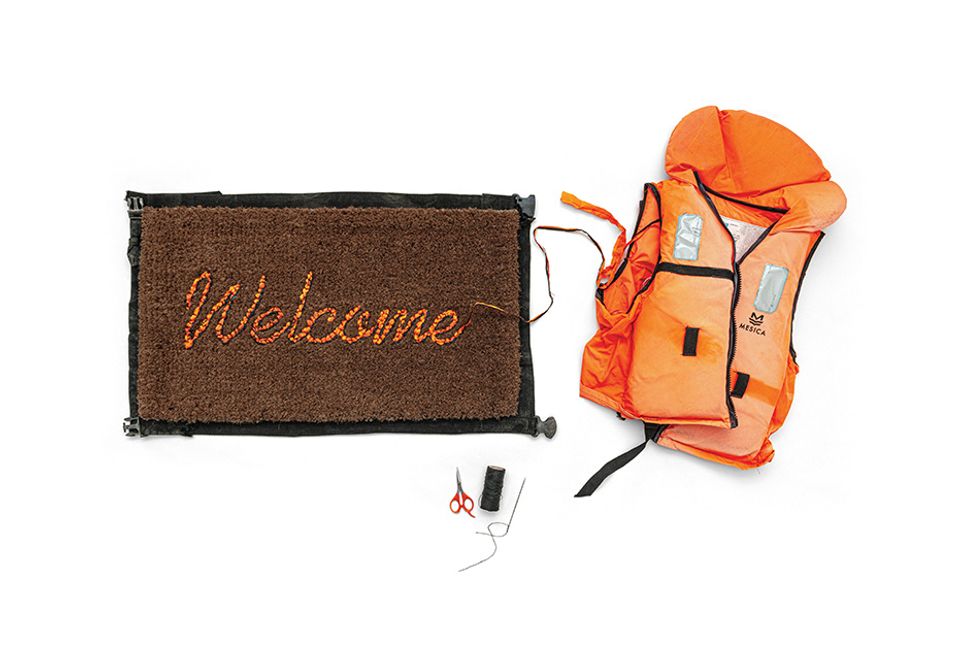 Typically tongue-in-cheek, the project is not a prank, however. Banksy says an unnamed greeting card company is contesting his trademark rights to his own name and imagery, “so they can legally use it to sell their fake Banksy merchandise”. He adds: “I think they’re banking on the idea I won’t show up in court to defend myself.”

Describing Banksy as “the most infringed artist alive”, DACS chairman and media lawyer Mark Stephens says: “What you have here is frankly ludicrous litigation, but the law clearly states that if the trademark holder is not using the mark then it should be handed to someone who will.” His solution? Create a merchandise range and open a shop.

Everything in the store “has been created specifically to fulfil a particular trademark category under EU law”, Banksy says. “I had the legal sheet pinned up in the studio like a muse.” He adds: “John Lennon said: ‘I’m an artist, give me a tuba and I’ll get something out of it.’ I feel the same way about a trademark dispute.” 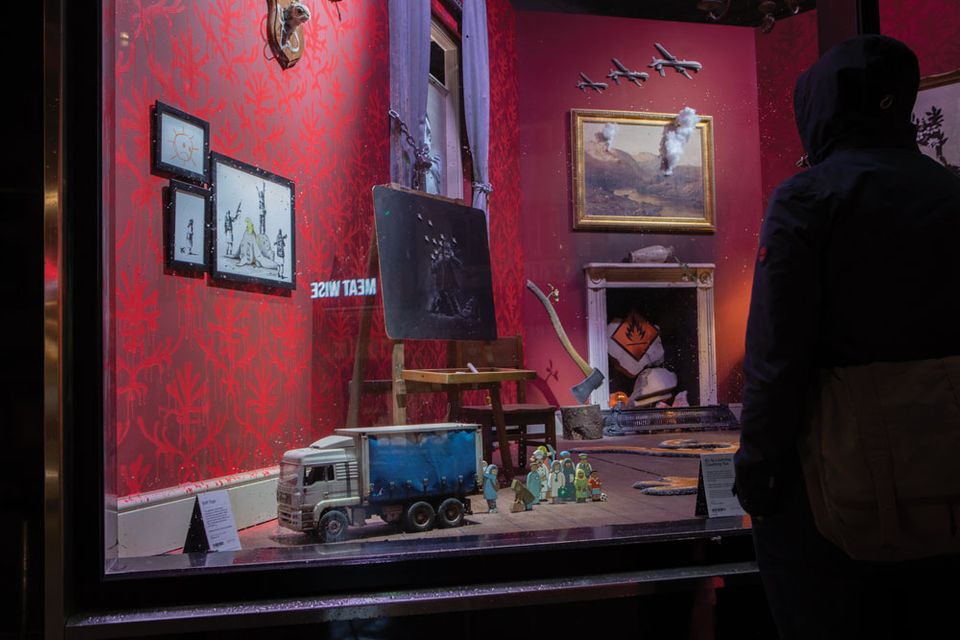 The shop in Croydon, south London, is essentially a window display that will never actually open © David Owens

Banksy is not the first artist to have fallen foul of copyright issues when it comes to greetings cards. The late US artist Robert Indiana first designed his famous LOVE design for a Museum of Modern Art Christmas card in 1965, but the composition was never copyrighted and has since appeared on everything from coffee mugs to number plates, with barely a cent going to Indiana.

Having once claimed that copyright is for losers, Banksy has been ramping up his legal position for several months now. At the end of 2018, the artist’s handling service Pest Control took action against an Italian company that organised an exhibition, The Art of Banksy—A Visual Protest, for Milan’s Mudec Museum.

In February this year, the judge ruled in favour of Banksy’s request for all merchandise bearing his name to be removed from the museum’s shop, but promotional materials using his name were allowed to remain. The judge noted that the documents filed in the proceedings showed a limited use of the Banksy brand.

“If Banksy wants to keep enforcing any of his trademarks in courts around the world, and avoid the risk of them being cancelled for lack of use, he will need to show judges stronger evidence of his brands being used in the market,” Enrico Bonadio, a senior lecturer in intellectual property law at City University of London, noted at the time. “This probably means he needs to start regularly producing and selling his own branded merchandise through a specialised commercial vehicle.”

The problem, Bonadio tells The Art Newspaper, is that Banksy is a contradictory character. “I wouldn’t be surprised if he started a proper business plan, while also continuing to send out his anti-consumerist message,” he says.

Banksy stresses that, despite trying to defend his rights in this particular case, he hasn’t changed his position on copyright. “I still encourage anyone to copy, borrow, steal and amend my art for amusement, academic research or activism. I just don’t want them to get sole custody of my name,” he says.