Just when we thought Frieze week was all over, twists and turns provide high drama at Sotheby’s contemporary evening sale on Friday night 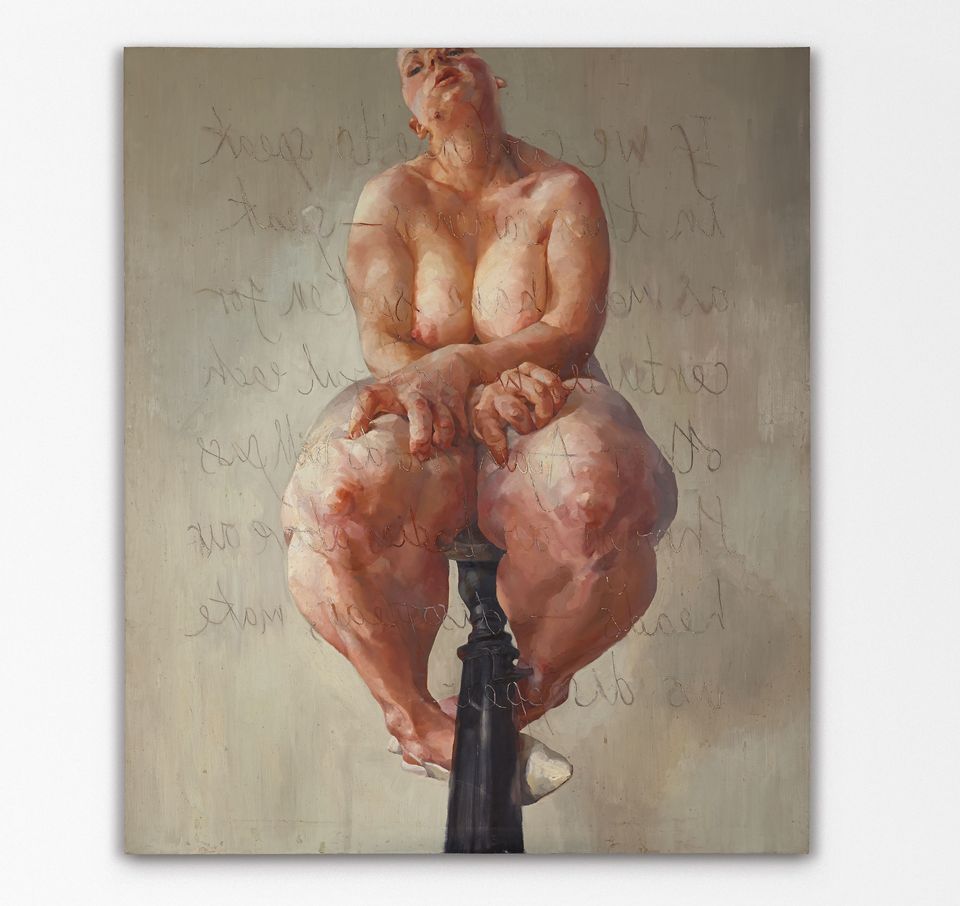 It was most certainly not business as usual at Sotheby’s last night, when the final lot of the evening, a 2006 canvas by the Bristolian street artist Banksy, slipped through its frame and shredded itself just as it was hammered down at £860,000 (£1.04m with fees), an auction record for the artist.

Apparently booby-trapped and triggered by someone in the saleroom–possibly by the artist himself–several observers commented that the work’s destruction was the grandest of finales to a contemporary auction in many years.

In apparent acknowledgement of the prank, later in the evening Banksy posted an image of his painting being shredded in front of shocked Sotheby’s staff on Instagram, with the caption “Going, going, gone…” According to the provenance, Girl with a Balloon was acquired directly from the artist in 2006.

Jonathan Cheung, an underbidder on the work on behalf of London’s Maddox Gallery appeared as flummoxed as anybody by the stunt. “The price was expected but the shredding wasn’t,” he said after the sale. Cheung was also an underbidder on the penultimate lot: a painting of cartoon character Sponge Bob Squarepants by the street artist KAWS—this was his evening sale debut. The garish work sold to a Taiwanese dealer for £850,000 (£1m with fees) against a low estimate of £250,000.

It is not clear whether some Sotheby’s staff were in on the ruse, as several were heard to remark after the sale on the thickness of the frame, which concealed the shredding mechanism. Alex Branczik, the auction house’s head of contemporary art, Europe, said he had no idea, simply remarking: “It appears we just got Banksy-ed.”

Sotheby’s says in a statement: “We have talked with the successful purchaser who was surprised by the story. We are in discussion about next steps.”One potential outcome, according to a spokeswoman, is that the destroyed painting could be preserved as a document of the guerrilla tactic. “You could argue that the work is now more valuable,” Branczik says.

Whether sanctioned by the auction house or not, the prank somewhat eclipsed Jenny Saville’s moment in the sun, when, not long before, her Propped (1992) fetched £8.25m (£9.5m with fees)—double its high estimate–to become the most expensive work by a living female artist at auction.

The painting, from the collection of the late David Teiger went to an anonymous bidder on the phone with Helena Newman, Sotheby’s co-head of Impressionist and Modern art worldwide. Newman slugged it out for more than ten minutes with Lisa Dennison, the chairman of Sotheby’s North and South America, to secure the deal. There were eight bidders in total.

The imposing canvas, once owned by British advertising tycoon Charles Saatchi, was guaranteed, as were all 25 lots in the Teiger collection, ten of them backed by a third party.

The London-based art adviser Nazy Vassegh says the Saville record reflects a wider trend for the revaluation of women. “Female artists are being given greater exposure across the board: in museums, gallery shows, art fairs and auction houses. It’s definitely an important moment–and about time,” she says. There were flurries of activity elsewhere in the sale, with British artists a mainstay. Peter Doig achieved the second highest price of the evening for Buffalo Station I (1997-98), which fetched £6.5m (£7.6m with fees), while

Italian artists were also in abundance in the sale—for the first time in decades, Sotheby’s folded the likes of Fontana and Manzoni into its contemporary sale rather than holding a standalone auction. This market appears to be cooling though and three highly priced works, in the region of £1m-£2m, failed to sell.

There was far less fizz at Phillips earlier in the evening; the sale lacked the smattering of Modern masters that the auction house has recently introduced to its sales to good effect. The Phillips auction made £17.8m (£20.2m with fees; est £16.6m-£24.4m).

As Vassegh observes: “Gone are the days when a big artist’s price would be driven up by a new collector. Dealers are also only willing to bid up to a level as shown by the [unsold] Koons in the Christie’s sale. I don’t think this correction is a bad thing.”

While there may have been a dearth of mega sales this week, there has been plenty of drama courtesy of a few plucky Brits. A dull Frieze Week this is not.