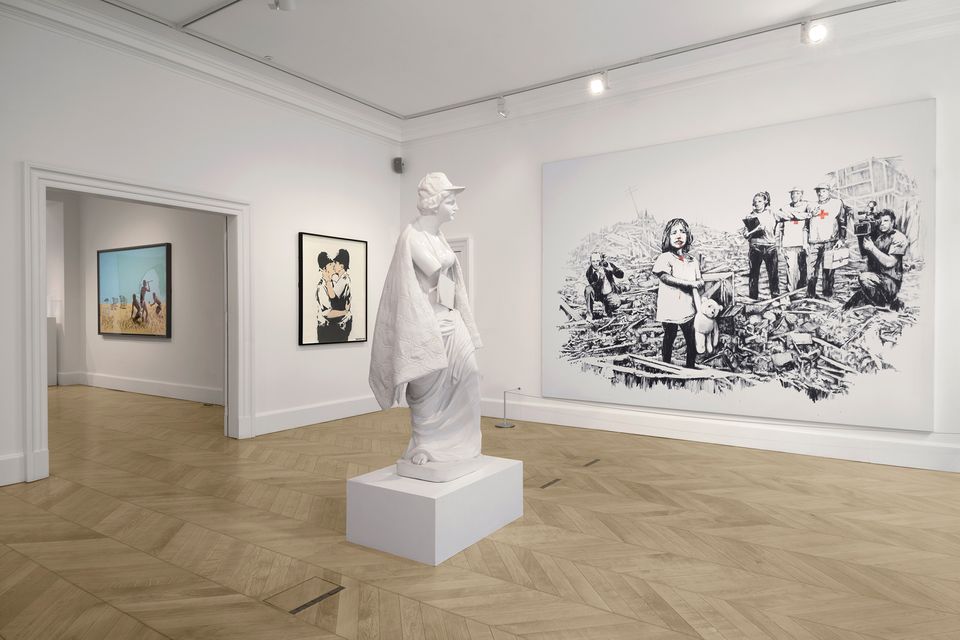 Three paintings priced between £500,000 and £1.5m sold within 24 hours of the show opening to VIPs, according to Steve Lazarides, the gallery owner who is credited with launching Banksy’s career (though they rarely speak today).

Banksy’s auction record currently stands at $1.9m (£970,000) for a spot painting by Damien Hirst that the street artist stencilled over, which was sold at Sotheby's New York in 2008.

Not all the works currently on show at Lazinc are officially for sale, but Lazarides estimates paintings such as Show Me the Monet (2005) and Media at War (2006) to be worth north of £5m, up from around £15,000 when they left the studio.

Also on show are painted multiples, usually created in editions of 25, such as Girl and Balloon (2003) and Flower Thrower (2003). Originally, Lazarides priced Girl and Balloon at £250 each, but in March, one sold at Bonhams for £344,750 (est £150,000-£200,000). A DIY, punk attitude to creating—and selling—early works partly explains the dramatic rise in Banksy’s market, as “they were so cheap in the first place,” Lazarides says. Loyal collectors “held onto early stuff”, which means the best works seldom surface at auction, he adds. 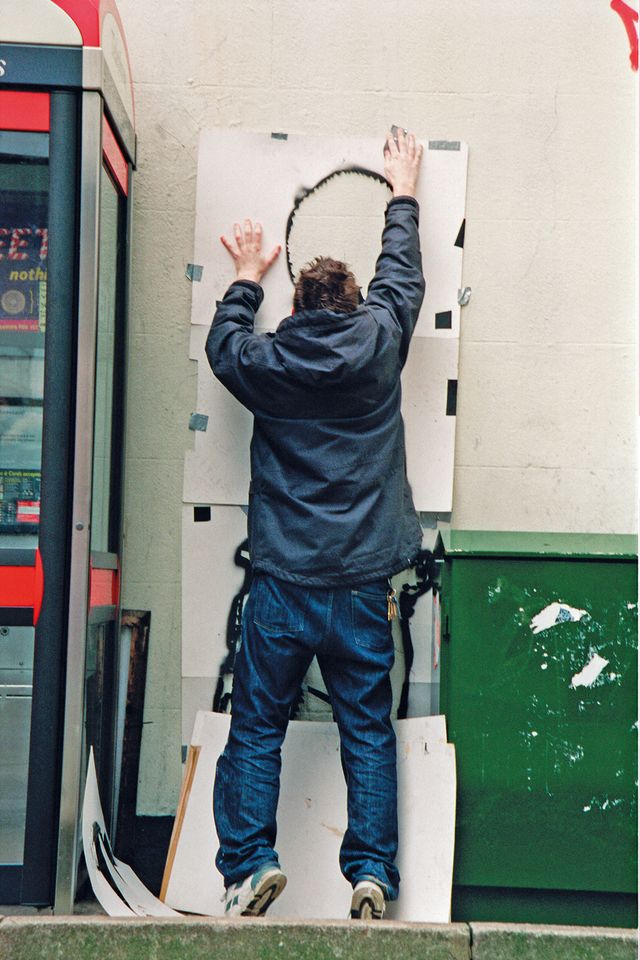 A rare photograph of the elusive Banksy at work in 2000 Steve Lazarides; Courtesy of Lazinc

Nonetheless, auction prices have surged in recent years. Gareth Williams, the head of contemporary art at Bonhams, who launched the auction house’s now defunct urban art sales in 2008, says Banksy’s collector base has gone from “people who grew up with skateboarding, graffiti and hip-hop” to “collectors of blue-chip contemporary art”.

He thinks Banksy’s print market is “stronger than ever”, particularly for well-known images such as Stop and Search (2007) and Laugh Now (2003). Over the past two years, prices have risen around 120% on average.

The “Banksy effect” has led to a maturing of the street art market in general. “There’s a massive resurgence in interest in the old-school art,” Lazarides says, pointing to figures such as Rammellzee and Dondi White, late graffiti artists who were active in the 1980s in New York. Rammellzee, whose art never made it into galleries in his lifetime, is currently the subject of a show at Red Bull Arts New York (until 26 August). His estate could well prove lucrative.