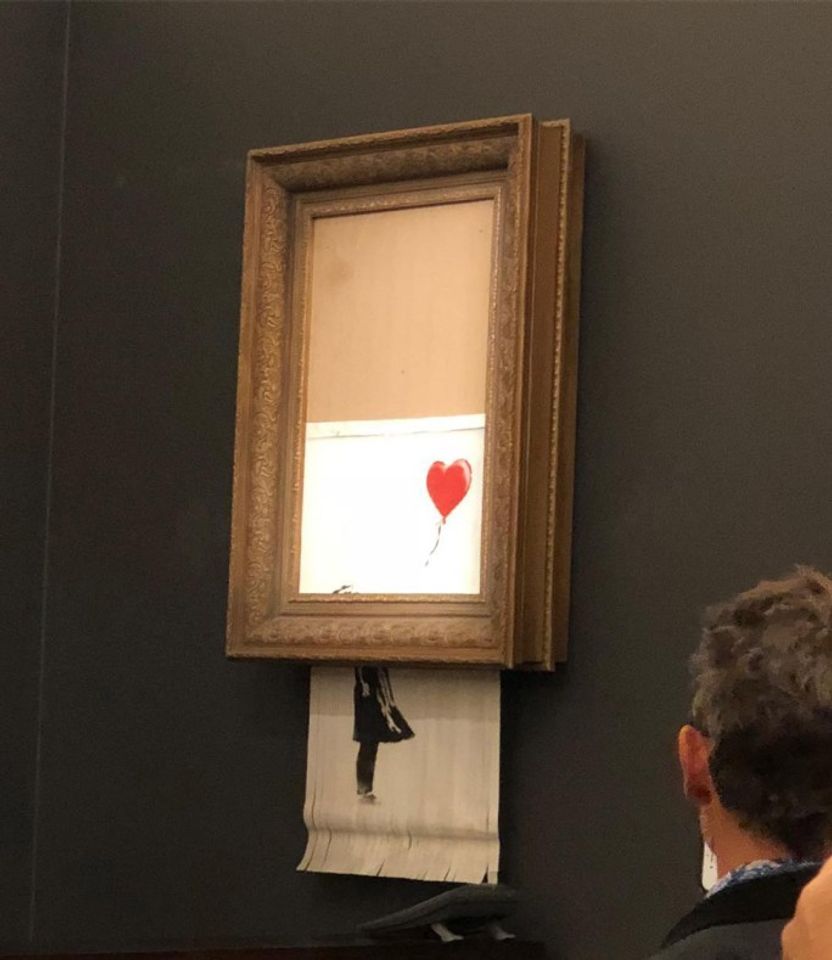 As if the rumour mill had not turned enough over the past week, Sotheby’s now says Banksy did not destroy a work of art during its contemporary evening sale on 5 October—he created one.

Girl With a Balloon (2006), which appeared to shred itself as the gavel banged down on the final lot of the night, has been legally designated a new work altogether by Pest Control, the Bristolian street artist's authentication body, with Banksy renaming it Love Is In the Bin (2018). And for many, it might certainly feel that way. 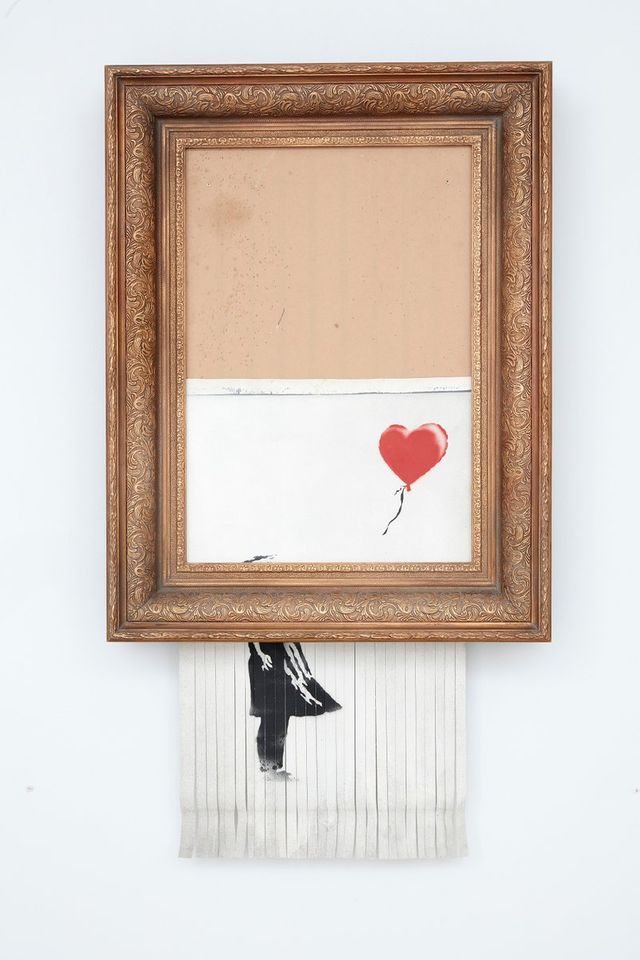 The announcement was made by Sotheby’s today (11 October), as they revealed that the original bidder has agreed to buy the new work for the same price it was hammered at in the room on 5 October: £860,000 (£1.04m with fees). Sotheby’s described the anonymous female European collector as “a long-standing client of Sotheby’s”. In a statement, she says she was at first “shocked” when the work was shredded, “but gradually realised that I would end up with my own piece of art history”.

The announcement follows a week of negotiation between the buyer and the auction house and unprecedented speculation over the stunt. Responding on Instagram to critics who say Sotheby’s was involved, Alex Branczik, the auction house’s head of contemporary art, Europe, says: “Were we in on it? Absolutely not. Do you really think Banksy, who spent his youth stencilling walls in Bristol and dodging the local authorities, would want to collaborate with the art establishment? Come on, you should all know better that.”

Branczik says the new work is “the first in history to have been created live during an auction”.

For those who didn’t get a chance to observe the incident unfold last week (and are not already tired of seeing the image on Instagram), Love Is In the Bin goes on show at Sotheby’s New Bond Street galleries on 13 and 14 October.