Banksy triptych—estimated at £1.2m—to be sold at Sotheby's in aid of Palestinian hospital

Artists has donated the works, which were previously on display in his Walled Off hotel in Bethlehem 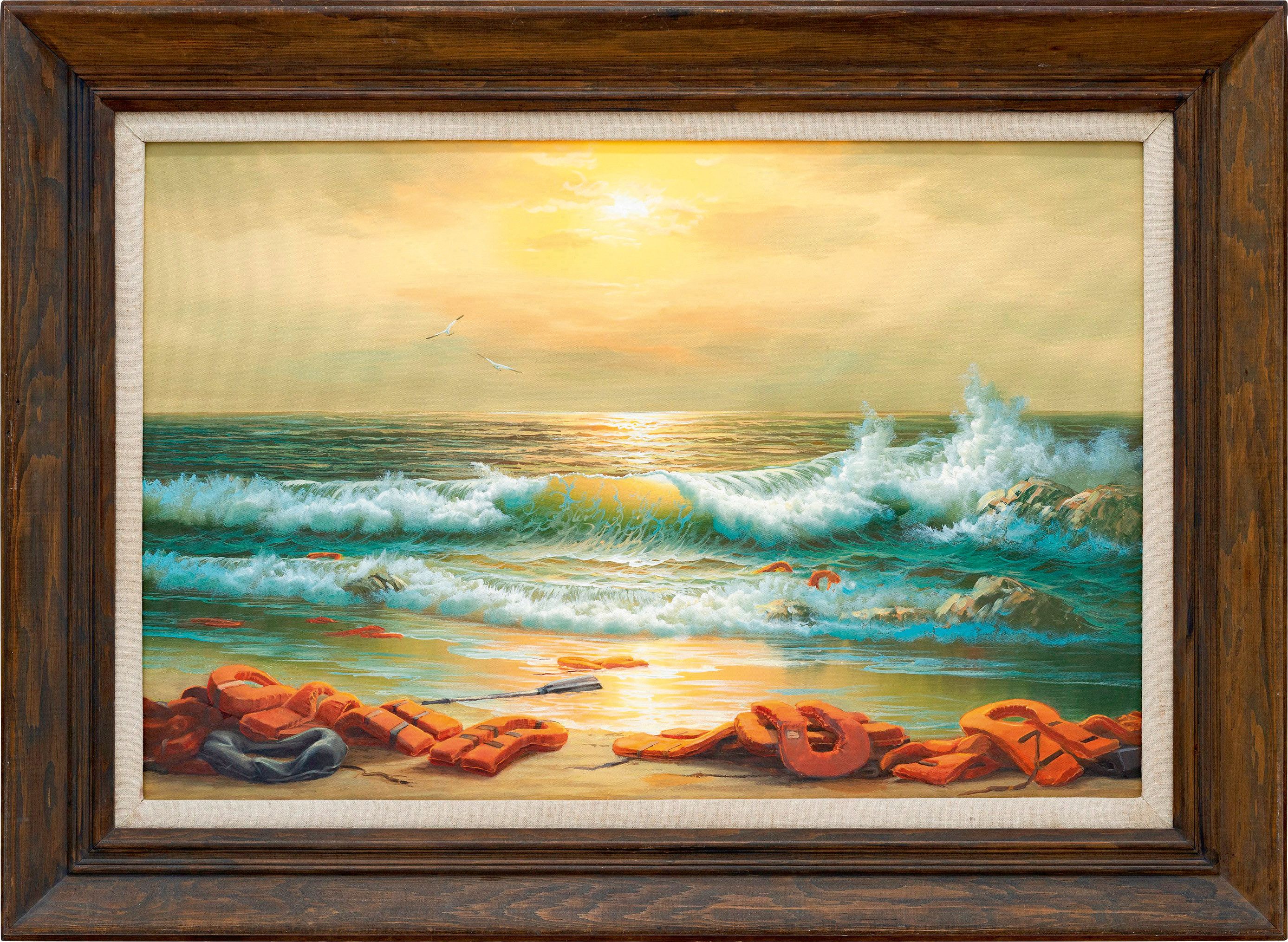 Banksy's Mediterranean sea view 2017, one painting in the triptych that is estimated to sell for £800,000-£1.2m Courtesy of Sotheby's

A triptych by Banksy, which was until recently displayed in the artist’s hotel in the Palestinian town of Bethlehem, will go under the hammer at Sotheby’s London on 28 July. The trio of works, entitled Mediterranean sea view 2017, are included in the Rembrandt to Richter cross-category evening sale (estimate £800,000-£1.2m). “This work is accompanied by a Pest Control certificate of authenticity,” says the Sotheby’s website, referring to Banksy’s authentication body.

The triptych donated by the ubiquitous Bristolian street artist was made in response to the global migrant crisis, which has received less media coverage in the wake of the coronavirus pandemic. Banksy transformed three garish seascapes, reworking “the original compositions by adding a slew of hand-painted life jackets and buoys; a visual amendment that evokes mass death at sea,” a Sotheby’s statement says.

All proceeds from the Sotheby’s sale will go towards building a new acute stroke unit and purchasing children’s rehabilitation equipment for Basr hospital in Bethlehem. The three paintings have hung in the Walled Off hotel—located metres from the wall that separates Israel from the Palestinian West Bank—since its launch in 2017.

Banksy frequently addressees the refugee crisis as part of his practice. Last May, he painted a mural of a migrant child wearing a lifejacket holding aloft a fizzing neon pink flare in Venice. In 2015, he stencilled an image of the late Steve Jobs, the founder of Apple, with a black bin bag thrown over one shoulder and an original Apple computer in his hand, in the Calais refugee camp known as “the Jungle”.