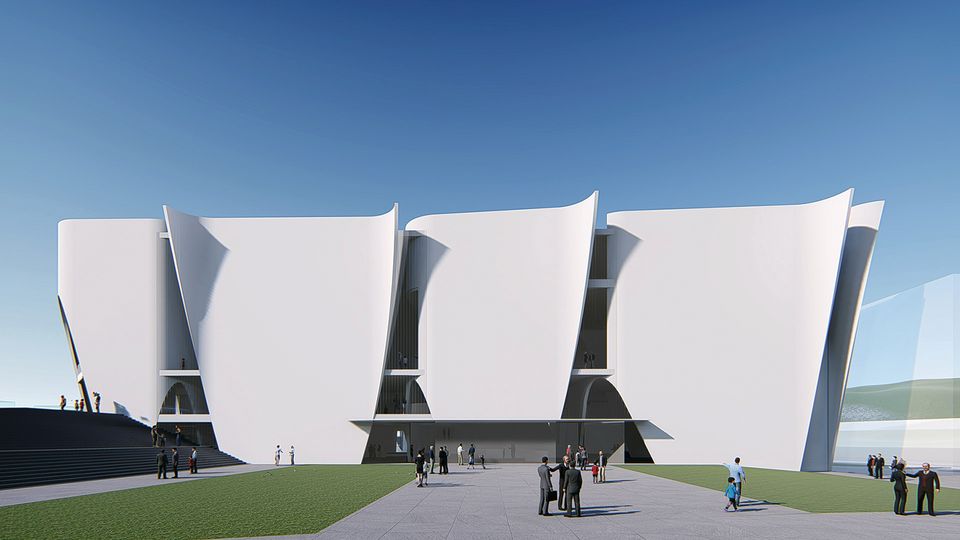 The director of Russia’s State Hermitage Museum has hit back after Barcelona city council rejected a planning application for a branch of the museum in the city’s port. The council published its decision and four accompanying expert reports on 27 January, raising concerns over the accessibility of the chosen site in the Nova Bocana area, the project’s economic viability and private funding sources, the lack of a solid museological offering for Barcelona, and the pressure of overtourism in the city.

“A few years ago, the Hermitage was asked to create a satellite centre in Barcelona, similar to the Hermitage Amsterdam, Hermitage Kazan and Hermitage Italy,” Mikhail Piotrovsky, the Russian museum’s director, tells The Art Newspaper. “Agreements were signed with the government of Catalonia and the city of Barcelona. The Hermitage had no further contacts with the Barcelona authorities and has none to this day. The Hermitage is ready to show its collections and share its experience of museum work around the world, but never forces it on anyone and is used to being treated politely.”

The Hermitage signed an initial letter of intent with the Catalan government in 2012, which suggested a 2015 opening date for the Barcelona satellite, followed by a supplementary agreement in 2018 with a Spanish company, Cultural Development Barcelona SL.

In January 2019, the body approved by the Hermitage to steer the project, the Hermitage-Barcelona Foundation, presented a design for the Barcelona museum by the Pritzker Prize-winning architect Toyo Ito. Members of the foundation’s board at the time included Guy Vesey, the former head of Christie’s Moscow office, who was described as the project’s lead museum consultant, and Jaume Sabater, the director of a bank said to be sponsoring the outpost.

As recently as December, the Hermitage listed Barcelona as part of its “Greater Hermitage programme” of branded museum storage facilities, galleries and exhibition centres in Russia and abroad.

Despite the setback, Spanish media reports that the private backers of the Hermitage in Barcelona are still committed to the project, and that the city council would be willing to consider a revised proposal for an alternative site.

Asked about rumours that Hermitage representatives have met with culture officials in Madrid to discuss creating a centre there, a museum spokeswoman said: “No one from the [Hermitage] directorate was in Madrid and it is premature to talk about this project for now.”

about 9 hours ago
Can Netflix help solve the Isabella Stewart Gardner art heist?