Barry Le Va, a pioneer of Post-Minimalism and Process Art, has died, aged 79, from congestive heart failure, his New York dealer David Nolan confirmed. A large survey of Le Va’s floor installations, the series for which he gained major recognition in the 1960s and continued exploring for the rest of his career, is currently on view at Dia: Beacon.

Born in Southern California in 1941, Le Va originally studied to become an architect before transitioning to fine art. He began his education at California State University, Long Beach before going to Los Angeles College of Art & Design, and eventually to the Otis Art Institute, where he received a Master of Fine Arts in 1967. The next year, Le Va received a Young Talent Award from the Los Angeles County Museum of Art (LACMA) and was placed on the cover of Artforum along with the publication of an essay within the magazine written by curator Jane Livingston, in which she describes Le Va’s work as “trac[ing] out a personal stylistic history of extraordinary repleteness” in a manner that “nearly always point[s] to a gradually strengthening inclination toward a sense of impermanence and chaos”. In 1969, in his late 20s and only two years out of graduate school, Le Va was the subject of solo exhibitions at the Walker Art Center and the Minneapolis Institute of Art, and the same year he was part of a group exhibition at the Whitney titled Anti-Illusion: Procedure/Materials. The Whitney show highlighted process-driven artists, including Lynda Benglis, Eva Hesse, Robert Morris, Bruce Nauman, Richard Serra, and Keith Sonnier. In each of these exhibitions, Le Va continued to explore and develop his sprawling sculptures, in which the floor itself becomes both “base and non-base for the work,” Livingston said. The media and manifestation of these sculptures ranged widely, and included such materials as meat cleavers, chalk, felt, canvas, and glass. While many of these works may seem haphazardly arranged, they were deliberately mapped out prior to their installation, as Le Va used the tools of his architectural training to consider and deal with spatial relations, and made highly detailed drawings of each work prior to its execution.

“One of the first materials he used was felt, he would cut it up and scatter pieces on the floor to make certain shapes and patterns, but what one might not notice is that he would always make a drawing first, so even if they seemed totally random, they weren't. There was always a relationship between the areas, the strips, the shapes, it was all drawn out first, even if there was a certain amount of improvisation,” says Nolan, who worked with the artist since the 1980s. “He started with felt, then he went to shattered sheets of glass, and again he would draw these at first, though of course when you're smashing glass with a sledgehammer there is a certain amount of randomness that will happen, but that was part of the excitement. Then he moved on to blown chalk, and that would have a geometric shape, and it was always related to the architecture of the space. He used meat cleavers in the late 60s, and under certain restrictions he even used bullets.”

Though he often allowed room for improvisation, Le Va’s adamance to adhere to each work’s original vision led him to rebuff a number of exhibitions to which he was invited, and it no doubt played a role in keeping him from having a career on the scale that many of his peers did. “He was a very uncompromising individual,” Nolan says. “He said no to so many things, and turned down so many museum shows. He did not want to be part of any movement or any group, which can be tough on the artist but makes for a very unique person. If the context of the show wasn’t interesting enough, then he wouldn't want to do it. It’s quite unusual, and it hurt his career.”

“Like many artists of his generation, Barry Le Va was interested in systems, yet in a uniquely vulnerable way,” says the curator Ingrid Schaffner, who organised a survey of Le Va’s work in 2005 at the ICA Philadelphia. “Physical, social, architectural structures were constantly subject to random acts of violence from the outside of the frame. The gallery was a picture he violated by shooting bullets and throwing meat cleavers into its walls. The body was diagrammed into networks of transportation or health, shattered by disease or attack. His art, like his person, gave elegant brutality to extreme fragility.” 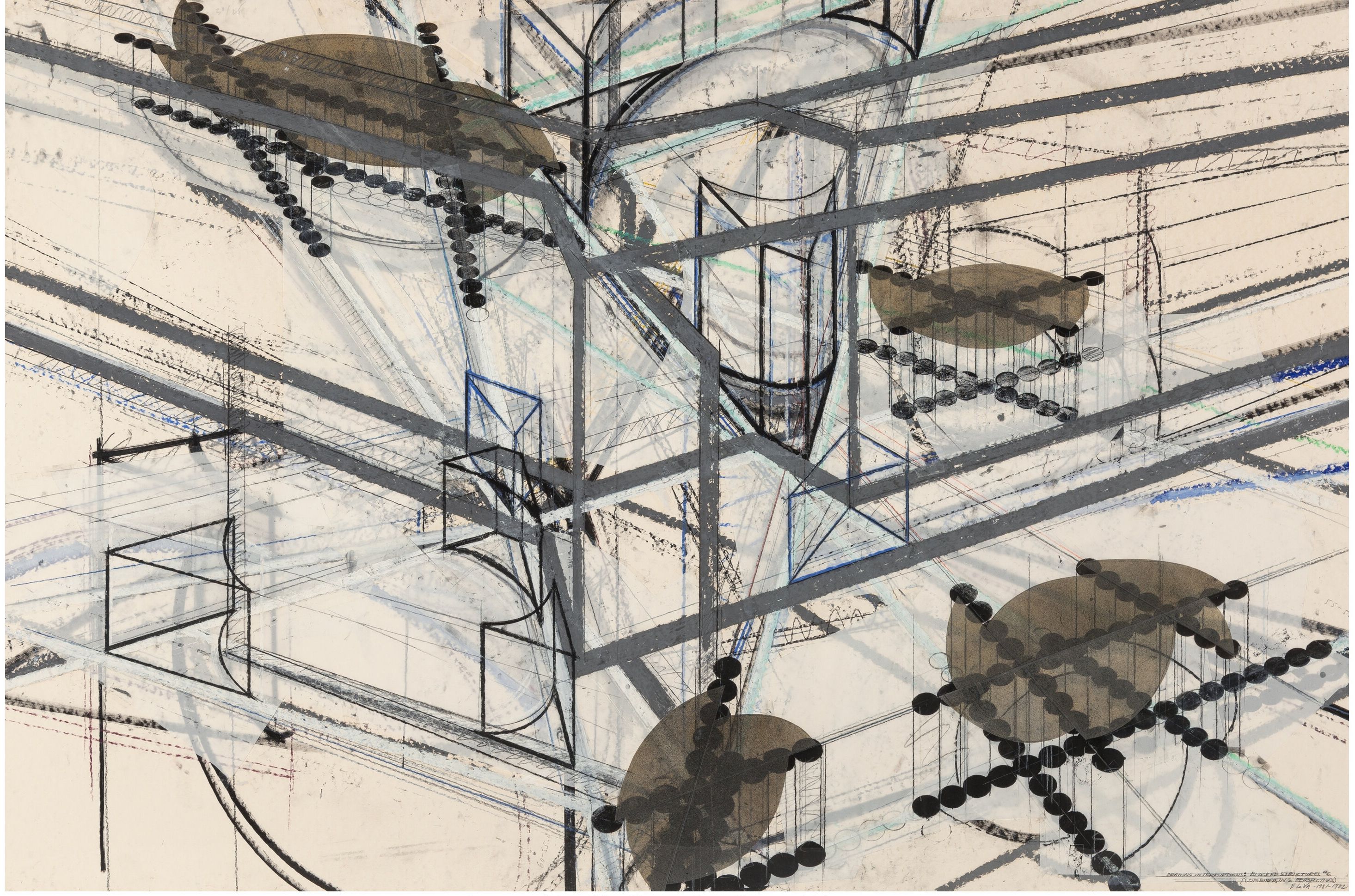 Le Va continued to push the boundaries of these sculptures, continually revising and expanding the lexicon of his work, and his later projects saw him making arrangements from objects made of materials like concrete and cast hydrastone, which have a far more finished and highly fabricated look compared to materials like cut felt or broken glass. And despite his unyielding attitude with art institutions, his work did wind up in a great number of their collections, including the Art Institute of Chicago, the Los Angeles County Museum of Art, the Museum of Contemporary Art in Los Angeles, the Museum of Modern Art in New York, the National Gallery of Art in Washington, DC, and the Walker Art Museum in Minneapolis.

“All of Barry’s sculptures have an intellectual rigor to them, but when they're actually installed, he wants you to wonder how it happened,” Nolan says. “He was a great reader of detective novels, and he always joked that it was like being a detective. You come in, you look at the scene of the crime, and you try to figure out: ‘What really happened here?’”