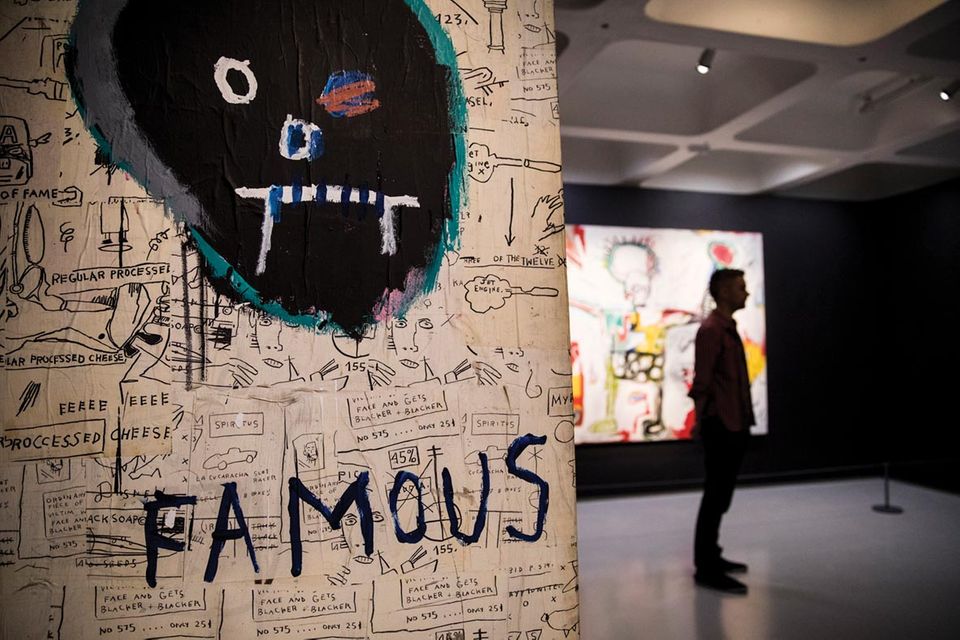 “Essentially everything” inspired Jean-Michel Basquiat, says Eleanor Nairne, the co-curator of the first UK survey exhibition of his brief career. The graffiti artist-turned-painter, who died of a heroin overdose in 1988 at age 27, liked to work in his New York studio with the TV on, records playing and open books spread across the floor. The show at the Barbican Centre seeks to “explode this profusion of different reference points in the work”, Nairne says.

For an artist as famous as Basquiat, who counted Debbie Harry and Andy Warhol as friends, and is now collected by stars such as Leonardo DiCaprio, Jay Z and Beyoncé, scholarship has been slow. Basquiat’s first institutional exhibition took place at Edinburgh’s Fruitmarket Gallery in 1984, but there are no works by him in UK museums—and only a handful in museums worldwide. Institutions have struggled to “keep pace” with the surging prices of his art for years, Nairne says, well before the record $110.5m that an untitled, virtually unknown 1982 painting made at Sotheby’s New York in May.

The Barbican exhibition required almost three years of curatorial research, as well as powers of persuasion, to co-ordinate the many private loans. More than 100 pieces are included. “I think people understood that this Basquiat show was not riding on the coattails of the international interest in his work,” Nairne says. “This show has real scholarly intentions, and is critical in terms of the fact that we don’t have work in a [UK] public collection.”

Basquiat’s canvases were “littered with language, absolutely swarming with information” from the early 1980s, she says, yet “quite a lot of that hadn’t been thoroughly decoded”. In an attempt to unravel the multifarious sources of inspiration behind his work, she conducted “a huge amount of interviews” with those who knew him best. 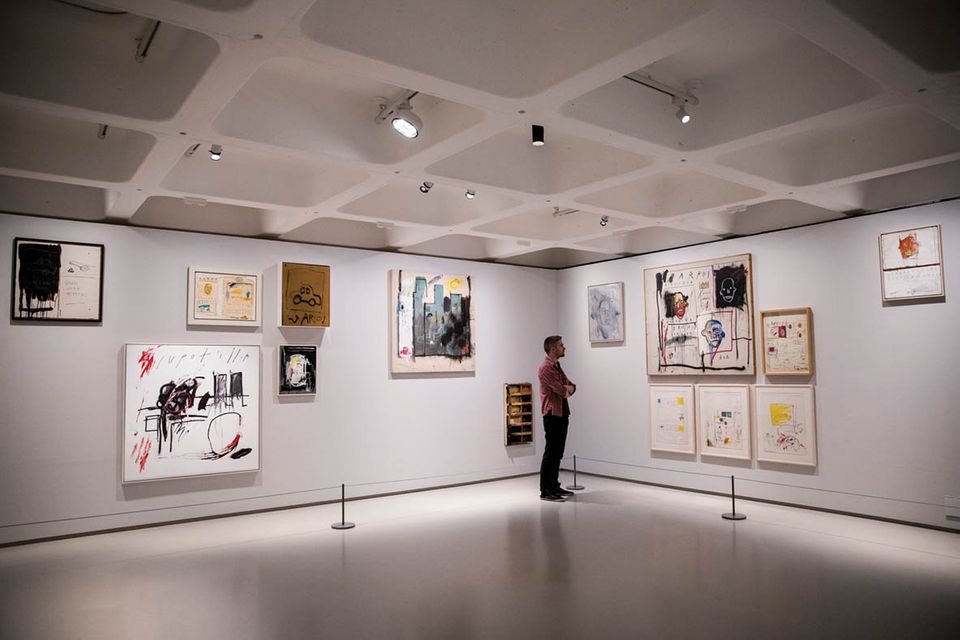 The first half of the show captures an artist rooted in the collaborative, cross-disciplinary scene of downtown New York; he wrote poetry, played in a band and got his big break through a chance meeting on a dancefloor. Basquiat was still tagging city walls as one half of the anonymous graffiti act SAMO© (same old shit) when he met Diego Cortez, the co-founder of the Mudd Club. Cortez encouraged him to paint and gave him an entire wall in New York/New Wave, the landmark exhibition he organised at P.S.1 in 1981.

Most of the works Basquiat created for the occasion are now reunited at the Barbican. They are followed by a set of the $1 Xerox postcards that were his early calling cards (he first approached Warhol in a restaurant to sell him some), a hip-hop record he produced and a vase and a fridge he customised with marker pen, together with Keith Haring and others.

The downstairs galleries zero in on the emerging painter who absorbed a “constellation” of influences from his studio, Nairne says. Art history was just one of his obsessions, alongside bebop jazz, books, cinema and TV. Extended wall captions dissect the “often political connotations” that Basquiat wove into the works, drawing deeply on African-American history.

Boom for Real, the exhibition’s title, borrows Basquiat’s cryptic catchphrase for anything that excited him. It was a simple but powerful gesture, Nairne says, to invite visitors into his world view.

The exhibition, sponsored in London by Net-a-Porter, TP Bennett and Phillips, is due to travel to the Schirn Kunsthalle Frankfurt in 2018.