New examinations of John the Baptist wall paintings in Augsburg cathedral date them to more than 1,000 years ago 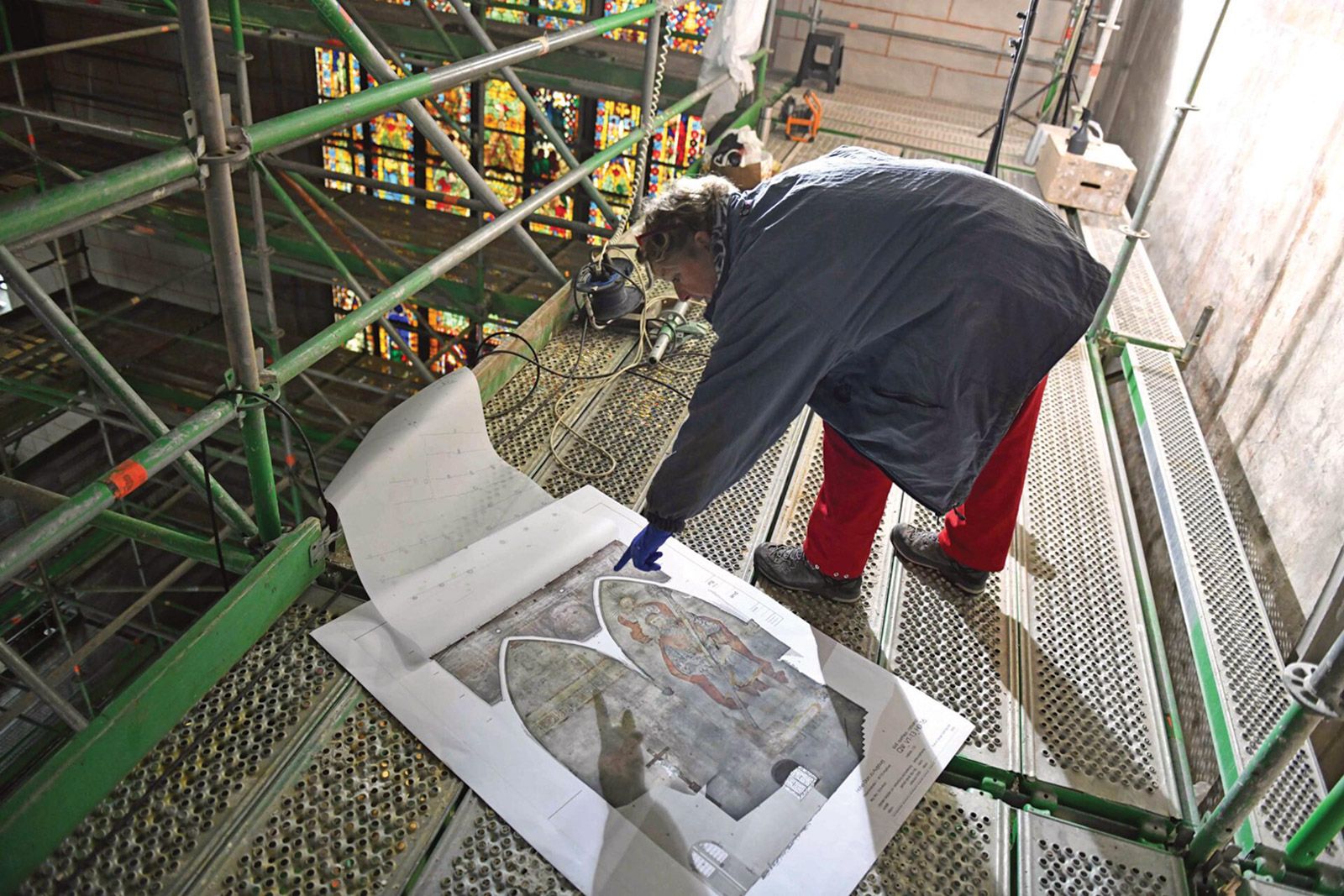 A series of frescoes showing the life and death of John the Baptist in the cathedral of the Bavarian city of Augsburg have been recently dated to the first decade of the 11th century, ranking them among the oldest wall paintings in a medieval church north of the Alps.

The frescoes, located high in the southern transept of the church, were whitewashed over and forgotten until the 1930s, when they were uncovered. But it was not until conservation work began on the roof structure in 2009 that they could be proven to date back to the construction of the cathedral more than 1,000 years ago.

Dendrochronological tests revealed that wood in the masonry dated from AD1000, contradicting the previously held dating of the cathedral to around AD1065. The new dating “fits with what we know about a massive destruction in 994,” says Birgit Neuhäuser, a spokeswoman for the Bavarian State Office for Heritage Protection.

“The oldest frescoes are the first layer above the masonry, and are therefore part of the original decor of the church,” Neuhäuser says. “We can assume that in the case of an important Episcopal church, the frescoes would have been painted soon after the construction, so soon after AD1000.” 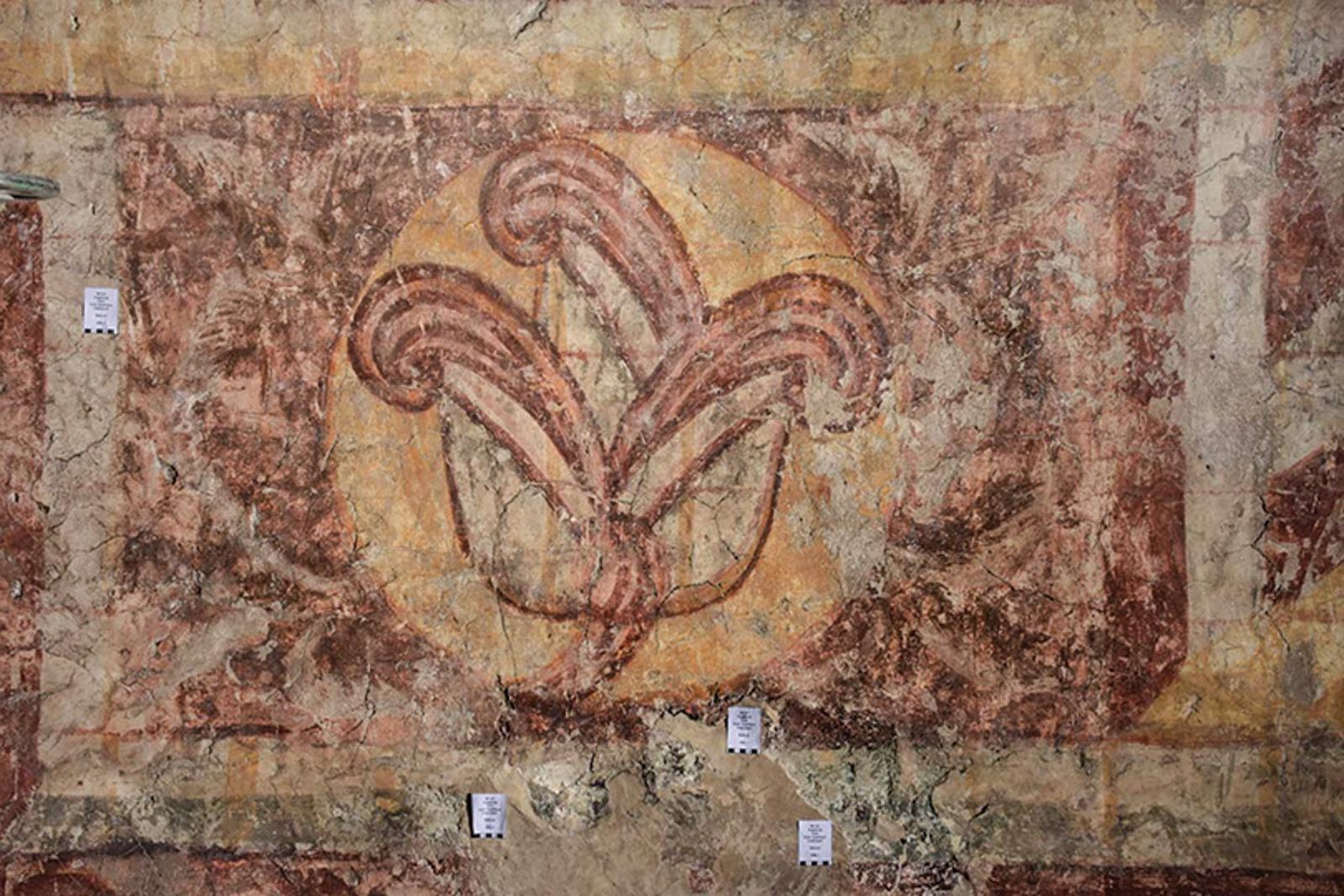 A decorative detail of the frescoes in the southern transept, which were only revealed in the 1930s Angelika Porst

In artistic style, the frescoes bear a strong resemblance to the tenth-century wall paintings at the Church of St George on the island of Reichenau on Lake Constance, near Germany’s border with Switzerland. The island owes its Unesco World Heritage status in part to the frescoes. Apart from the Reichenau church frescoes, the Augsburg paintings are the biggest preserved frescoes of their era in the German-speaking countries, says Mathias Pfeil, the head of the Bavarian State Office for Heritage Protection.

Though they are severely faded and fragmented, two scenes and the remains of a third could be identified, including the beheading of the saint and his burial, on the western wall. The frescoes presumed to have depicted John the Baptist’s birth and baptism on the southern wall were probably destroyed in the middle of the 14th century, when a Gothic window was installed, the conservation team says.

Given the height of the frescoes in the church, there is no need for special conservation measures in the long term, according to Neuhäuser. “They are not under any particular stress” from the humidity or heat generated by visitors’ traffic, she says. “After cleaning and conservation, they are in a stable and sustainable condition.”

The team plans to examine the roof area and the northern transept of the church for further fresco remnants. The research and conservation work is financed by the Beate and Hans Peter Autenrieth Foundation, the Siegfried and Elfriede Denzel Foundation and the Augsburg diocese.