War, globalisation, the environment and migration are among the issues explored by the six international artists on this year’s Artes Mundi prize shortlist, which opens to the public today (until 26 February 2017) in Cardiff, the capital of Wales.

The six artists are John Akomfrah (UK), Neïl Beloufa (France/Algeria), Amy Franceschini (US) with the Futurefarmers collective, Lamia Joreige (Lebanon), Nástio Mosquito (Angola) and Bedwyr Williams (UK). The German film-maker Hito Steyerl, whose work Factory of the Sun in the German Pavilion was one of the highlights of the 2015 Venice Biennale, withdrew for personal reasons last month. The shortlist was chosen by the Paris- and Cameroon-based curator, Elise Atangana; the British curator Alistair Hudson, who is the director of Middlesbrough Institute of Modern Art; and Marie Muracciole, the director of the Beirut Art Centre, Lebanon. 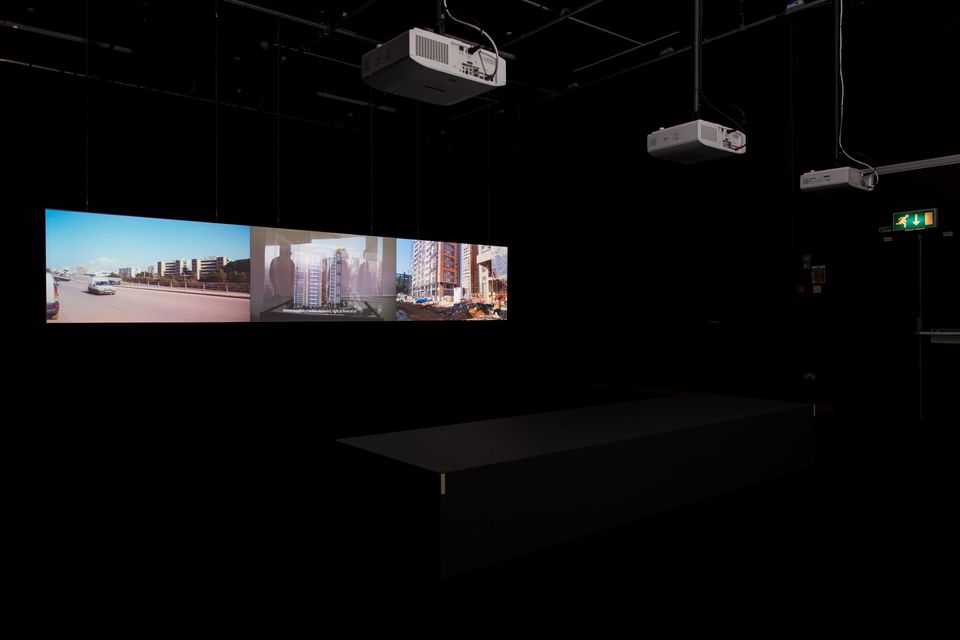 Despite the international mix (a strength in comparison with the much more widely covered Turner Prize), it is likely that Tyrrau Mawr (2016) by the Welsh artist Williams will prove one of the popular hits. A huge, beautiful, 4K digital projection, it imagines a mad new city thrown up around the mountain of Cader Idris, including buildings suspiciously similar to London’s Barbican towers, the Guggenheim in New York and Zaha Hadid’s infamously rejected Cardiff Bay Opera House. While Williams admits it is a critique of “the kind of fast-track cities that get thrown up in places like the Middle East or China”, it has a strangely elegiac atmosphere at odds with the obvious polemics.

Akomfrah muses, in his filmed diptych Auto Da Fé (2016), on five centuries of migration. He has produced such a visually gorgeous and engrossing 40-minute film that it is poetic as well as political, even when modern-day synthetic laundry bags, all too reminiscent of the current Mediterranean refugee sinkings, wash up on some distant shore.

The award, the seventh since Artes Mundi was founded in 2002, is open to artists of any nationality or age but their work should explore social issues “relating to the theme of the Human Condition”, the organisers say. The winner of the £40,000 prize at the last edition, the Chicago-based artist-activist Theaster Gates, split his award with the rest of the shortlist. The show is based in two sites, the National Museum of Art, Cardiff, and the Chapter arts centre. The winner will be announced at a ceremony in Cardiff on 26 January 2017.