The Battel Hall retable, which survived the fury of 16th-century iconoclasts, bears later scars of graffiti and "witchmarks" against evil spirits

Conservation work on one of a handful of English painted altarpieces that survived the fury of iconoclasm after the dissolution of monasteries by Henry VIII has uncovered not only the original glowing Medieval colour, but evidence of serial vandalism years after the faces of its seven elegant saints were gouged down to the bare wood.

The Battel Hall retable is owned by the Leeds Castle Foundation in Kent and named for the Medieval house on the estate where its existence was first recorded in 1863, but most of its 600-year history is a mystery. The graffiti may have been added by schoolchildren, and include Latin and Greek words and astronomical and geometrical diagrams, as well as compass-drawn circles interpreted as “witchmarks” to protect against evil spirits. 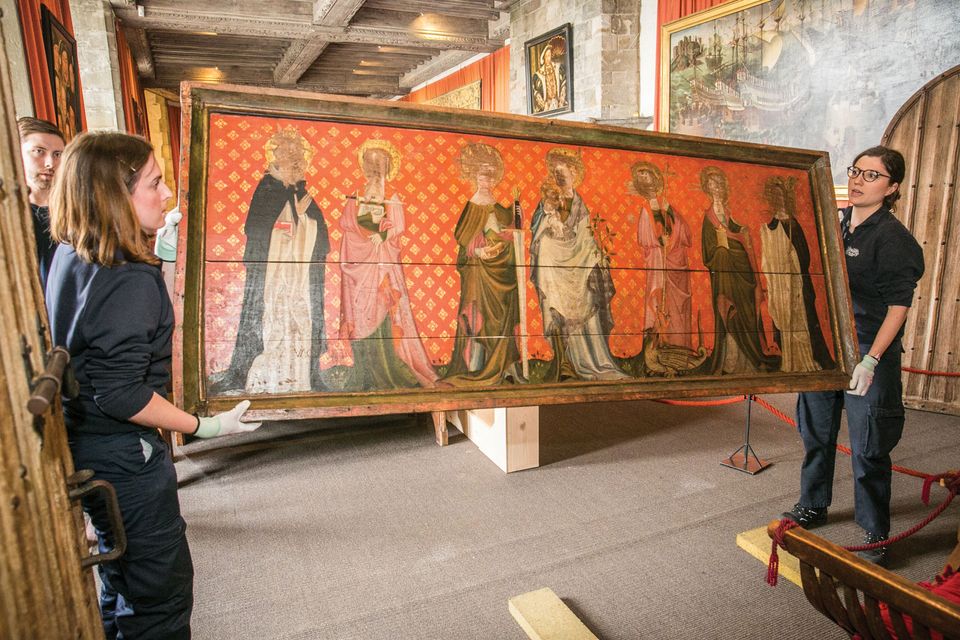 The gouging of the saints’ faces may have occurred in 1539 following the dissolution of Dartford priory, the altarpiece’s probable original home Matthew Walker Photography; © Fitzwilliam Museum

“An object of Roman Catholic devotion has been thoroughly neutralised and Protestantised,” says Lucy Wrapson, the assistant to the senior painting conservator at the Hamilton Kerr Institute in Cambridge, a department of the Fitzwilliam Museum.

A two-year conservation project in Cambridge has securely dated the altarpiece to around 1410 through dendrochronology tests on its Baltic oak planks. The research may also have identified the artist. Two painters are known to have worked in Kent at the right date, ne’er-do-wells despite their saintly subjects: John Somerby, prosecuted for trespass in 1396, and John Reyner, prosecuted for trespass, assault and theft in 1418.

There are no records of the retable before an account of an antiquarian day trip to Battel Hall in 1863. The visitors were evidently more intrigued by a Medieval lavatory than the painting, which would then have been a sad, blackened wreck, studded with nail marks from later re-use.

The figure of St Dominic shows that it was made for a Dominican altar—one of only three such panels surviving in England—and the assembly of women including Catherine of Siena, still only a candidate for sainthood in 1410, suggests that it was for a convent. The experts in Cambridge accept the opinion of David Park of London’s Courtauld Institute of Art that the altarpiece was made for Dartford Priory, the only pre-Reformation house of Dominican nuns in England, just 26 miles from its present home. 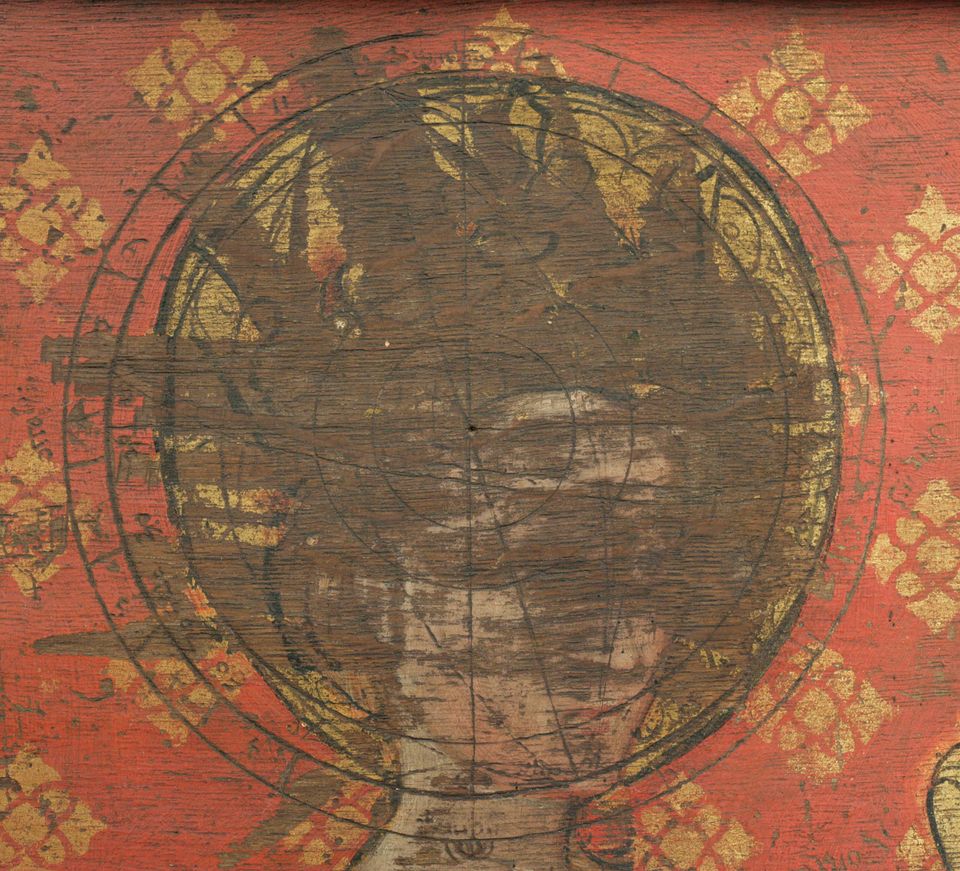 A close up of a face of the Leeds alterpiece Hamilton Kerr Institute; © Fitzwilliam Museum.

The first act of iconoclasm destroying all but fragments of the saints’ faces may date from the dissolution of the priory in 1539. Later attacks are dated by the script to the late 16th or early 17th century, with the upside-down words showing that the panel was then reversed. They may be the handiwork of school pupils when the panel was recycled as a desk, a fate common to the large panels of other Medieval paintings.

The figures of the saints and their graceful robes were deliberately targeted with words and drawings clustered around their heads and stomachs, including an image of the planets circling the earth, a drawing of an astrolabe, and a geometric diagram of a church and campanile within a square.

Most of the conservation work, more than 160 hours over the course of many months, was a project for a German postgraduate student, Michaela Straub, who made a partial reconstruction showing how the paint was applied to seasoned Baltic oak planks framed in English green oak. Her work revealed scorch marks from candles on the upper frame, showing that the panel was made as a retable to hang behind an altar. She also found a design change in the underdrawing: the more conventional lily carried by the Virgin became a cherry branch—alluding to the popular Medieval legend of the tree bowing down to offer its fruit.

The panel is now on display again in the chapel of Leeds Castle, with as much of its beauty as could be recovered and its many scars painfully visible again.