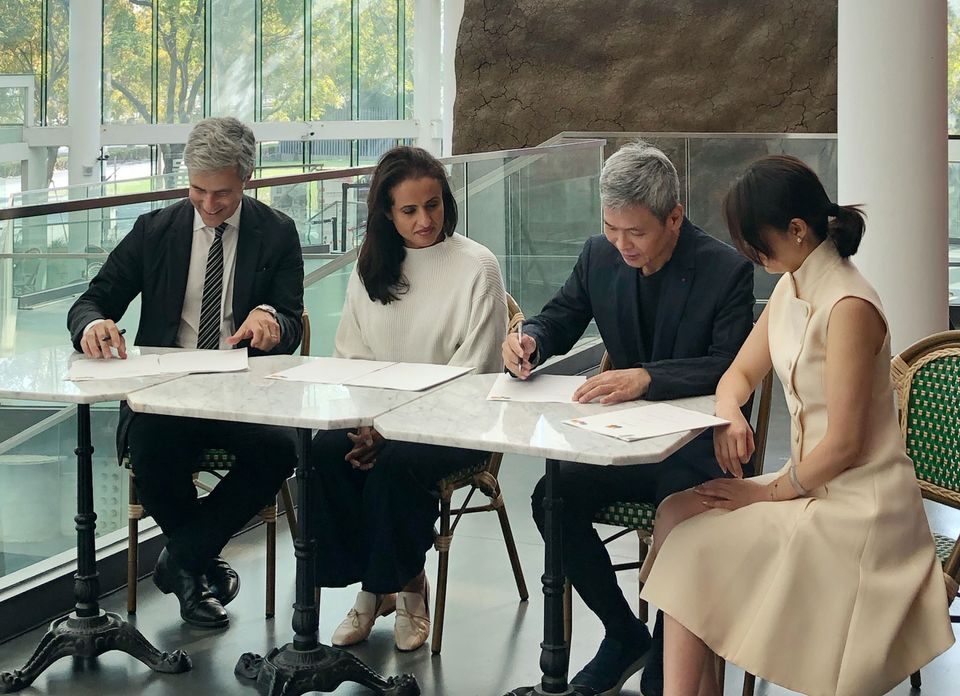 Shanghai’s Yuz Museum and the Los Angeles County Museum of Art (Lacma) are not letting legalities or politics slow their ambitious partnership, with a joint exhibition series and a new collaboration with Qatar Museums kicking off last month. Although plans to establish a joint foundation that will preserve Yuz founder Budi Tek’s extensive collection of Chinese contemporary art in Shanghai are not yet finalised, Lacma’s chief executive and director Michael Govan anticipates that “by next year, [the foundation] should be fully operational.”

Tek says that the months of political turmoil in Hong Kong have had no impact on the progress of the joint venture, or on Yuz’s existing foundation, which is based in the Special Administrative Region. “I do not consider that to be a problem at all,” Tek says. “It is never in my mind that whatever happens in Hong Kong will affect our programme, or our [future] achievements.”

Qatar Museums’ involvement will focus on exhibitions and not extend to the foundation. Middle Eastern and Islamic art is rarely shown in mainland China: the Solomon R. Guggenheim Museum’s touring exhibition of Middle Eastern contemporary art But a Storm Is Blowing From Paradise was abruptly cancelled a month before it was due to open at Shanghai’s Rockbund Art Museum in 2017, and the Yinchuan Art Museum’s previous mission to bring Islamic art to China has been quietly terminated. A film by US-based Emirati artist Farah Al Qasimi, with secular content but strong Gulf cultural context, is notable for its inclusion in the show D.E.E.P (Disaster of Extra Epic Proportions) (until 13 December) at the Chi K11 Art Museum in Shanghai.

Leaked Chinese government documents first published by the New York Times in mid-November revealed that the mass detention of Muslims in the northwest region of Xinjiang is part of a national campaign restricting Islam. Tek and Govan, however, do not foresee any troubles in bringing Qatar’s exhibitions to Shanghai.

“Here it is very open,” Tek says. Although he acknowledges that the Chinese authorities “review and view every programme that we are going to show” at the Yuz Museum, he says this is “not because of religion, or which country [the art] is coming from”, but a way to ensure local audiences are not offended by “things that are not part of the culture in China”.

Lacma is “one of the most aggressive museums in the world collecting art of the Middle East… and I am sure that a lot of that will find its way here,” Govan said in an interview in Shanghai last month. “So much of it is universal in its content, I think actually it will find a big audience here. That’s what happening: artists are using their own cultural identities, but always thinking about general humanity.”

Aisha Al-Khater, the director of Strategic Museum Relations at Qatar Museums, notes that her institution has had links with China since 2011, including an exhibition of pearls at the National Museum of China in Beijing in 2016, the Qatar-China Year of Culture. She says that Doha and Shanghai have in common “vibrant cultural scenes, with world-class museums that are on the cutting edge of contemporary art and visitor engagement”, but the differences between their collections “complement each other in terms of the exhibition programme that will happen between the two cities”.