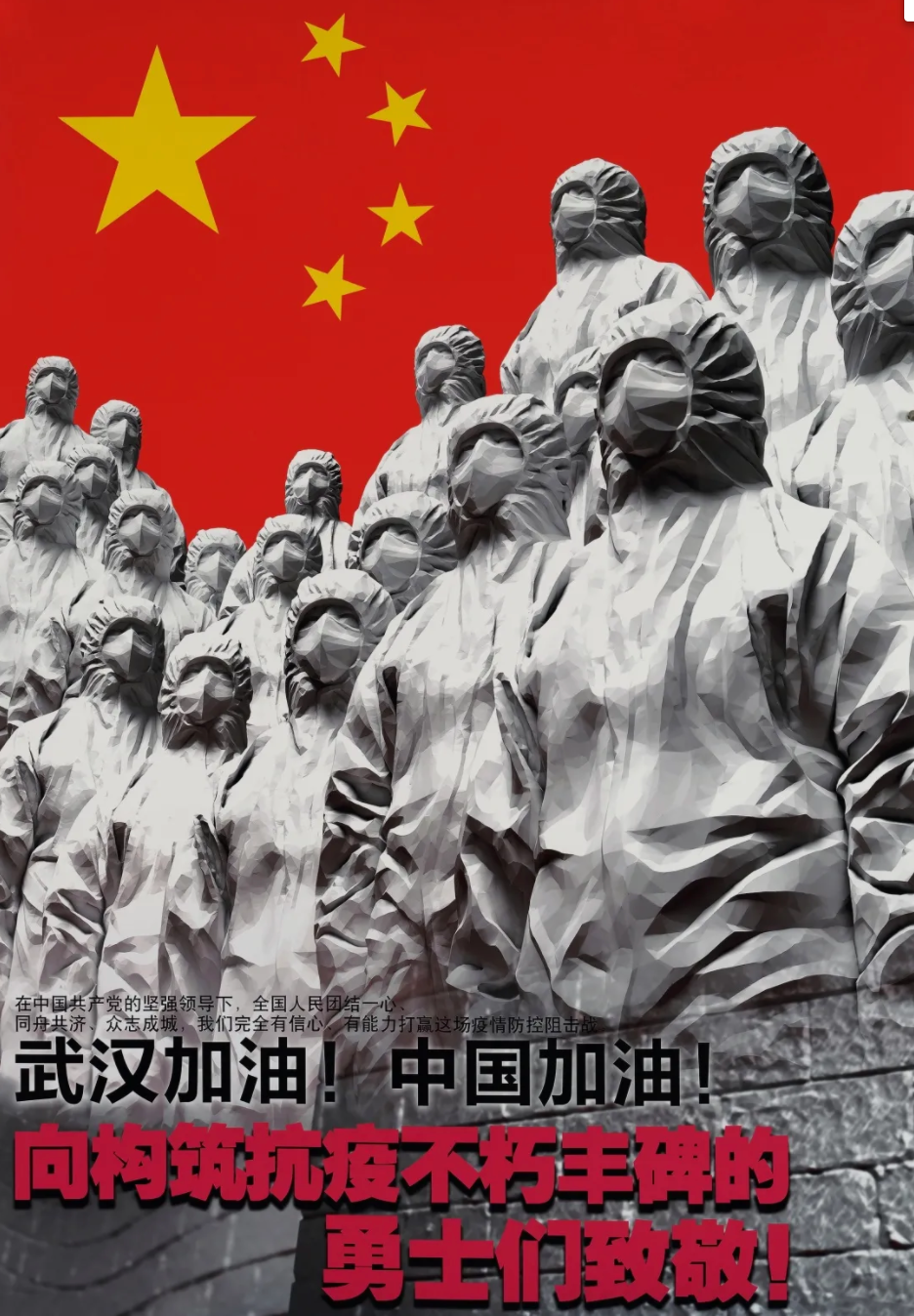 The National Museum of China in Beijing is holding the country’s first major art exhibition depicting its gruelling battle with coronavirus. Co-hosted by the China Artists Association and the China Calligraphers Association, the emphatically titled Unity is Strength: An Art Exhibition on the Fight Against Covid-19 opened on 1 August with 177 works by professional and amateur artists over three sections.

The China Artists Association selected 96 works for the first section, “Artists in Action”, from more than 75,000 open submissions of paintings, drawings, posters and graphic art. According to the National Museum’s WeChat account, the initiative was led by the Chinese Federation of Literary and Art Circles in accordance with the Chinese Communist Party’s central committee.

“Calligraphers in Action” includes 40 works of topical calligraphy and carved Chinese seals commissioned by the National Museum and the China Calligraphers Association from established practitioners. The 41 pieces shown in “The Masses in Action” were submitted by amateur artists through municipal and provincial art associations, including a painting of an unmasking Wuhan policewoman by Jiao Yan and a drawing of a recovering patient by 11-year-old Li Xinyan. 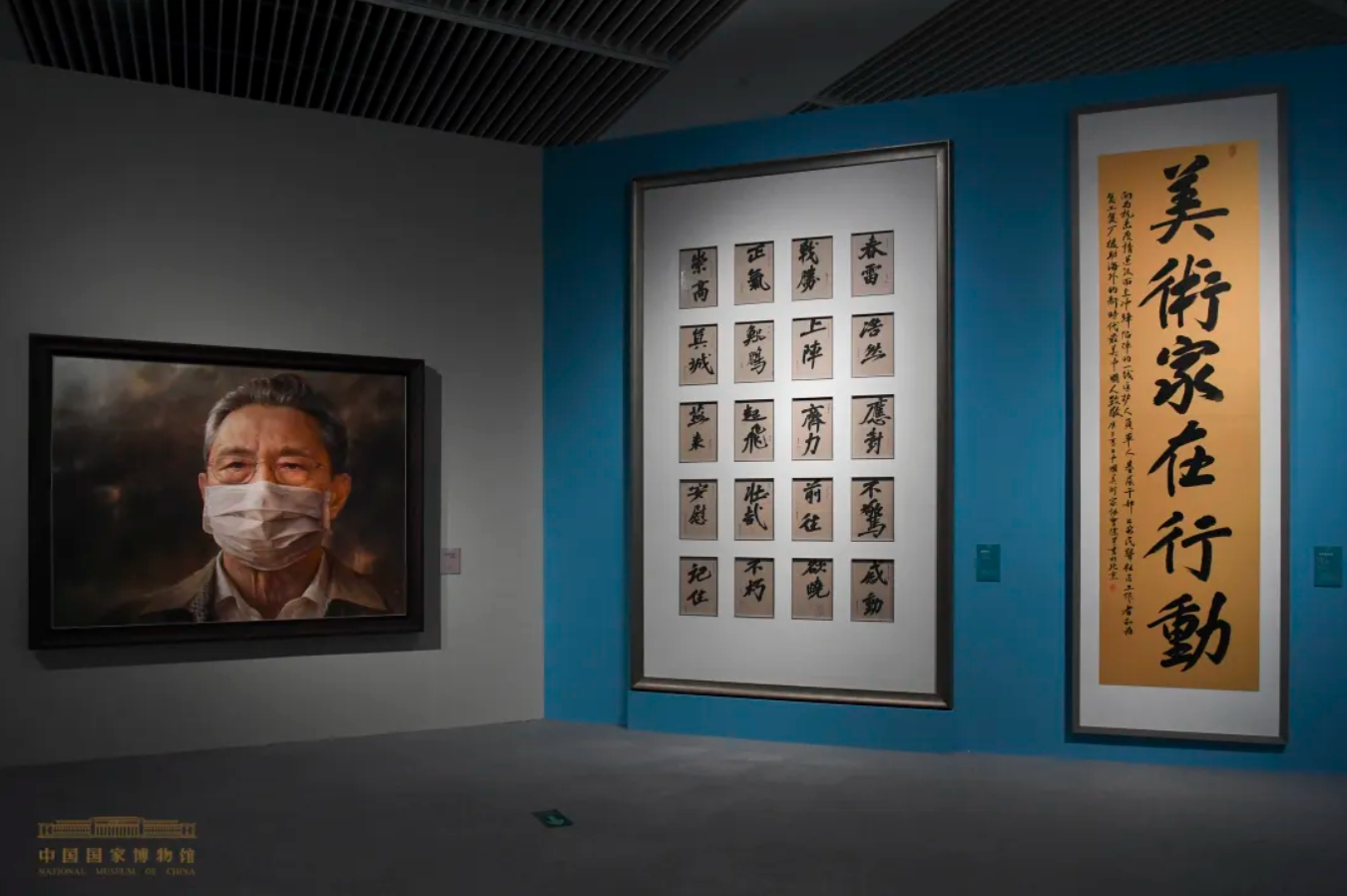 A portrait of leading pulmonologist Zhong Nanshan by Feng Shaoxie, and calligraphy works by Liu Wanming and Xu Li © National Museum of China

The displays are dominated by hospital scenes in the virus epicentre of Wuhan, where the outbreak prompted a nationwide lockdown. Propaganda posters join heroic paintings and Socialist Realist statues of medical workers, swathed in Chinese flags and personal protective equipment. The pulmonologist Zhong Nanshan, who played a leading role in China’s response to Covid-19 after making his name during the Sars epidemic in 2003, appears in several works. However, the whistleblower doctor Li Wenliang, who died treating Covid-19 patients in Wuhan in February, is a notable absence.

More professional contributions include a sculpture of a saluting medical worker by Wu Weishan, the director of the National Art Museum of China; a triptych of an exhausted medical worker by the Sichuan Fine Arts Institute head Pang Maokun; and a painting of Wuhan’s iconic Yellow Crane Tower by Fan Di’an, the president of the Central Academy of Fine Arts and of the Beijing Artists Association.