Beijing reopens Forbidden City in time for May Day holiday 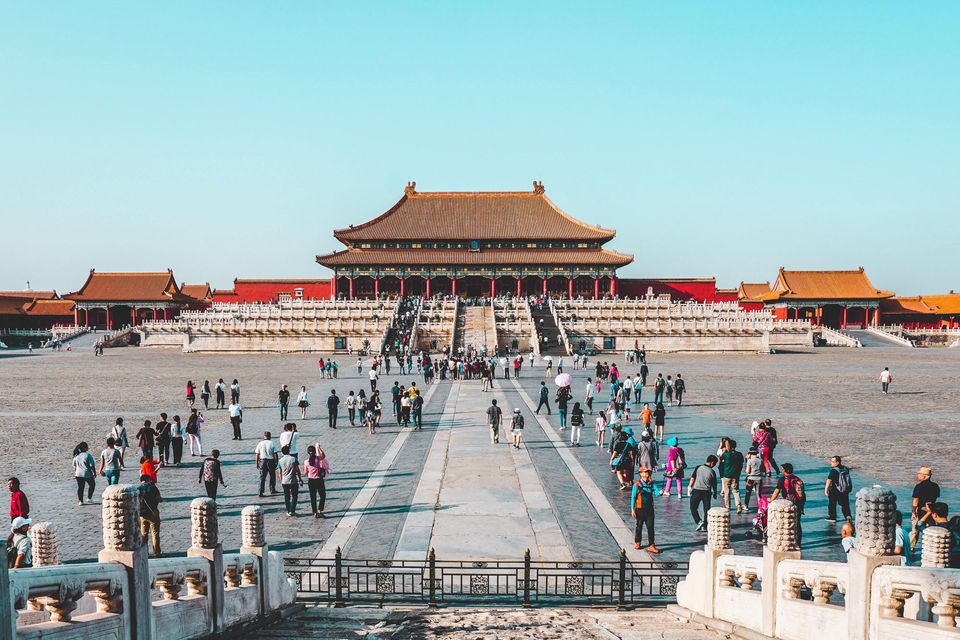 Beijing's Palace Museum or Forbidden City, one of the China's top attractions, will limit visitor numbers to 5,000 a day from 1 May © Ling Tang

After a partial lockdown that has been longer and more stringent than in most of China, Beijing is reopening public spaces including most art museums. State museums in the Chinese capital, including the Palace Museum, the National Museum of China and the National Art Museum of China, will reopen tomorrow for the national May Day holiday—traditionally a “golden week” for domestic tourism.

Beijing’s imperial Palace Museum or Forbidden City is one of the country’s most famous attractions, with more than 19 million visitors in 2019. Closed since late January, it announced the reopening on its WeChat account yesterday. Visitor numbers will be restricted to 5,000 a day: 3,000 between 8.30am and 1pm and 2,000 from 1pm until closing time at 5pm. Outdoor exhibitions and courtyards including the six East and West Palaces, the three Back Palaces and the imperial gardens will be open, the museum says. Indoor exhibition areas including the treasure and clock halls, the Wumen, Donghuamen and Shenwumen Towers and adjacent walls will remain closed for the time being.

Visitors to the Palace Museum must pre-book using official identification, and present this and a digital health code showing no recent travel to infection hotspots, as well as undergoing a temperature check at the entrance. Bookings must be made between ten days and 24 hours in advance. Face masks and physical distancing of one metre are required, and museum staff will be deployed to disperse any large congregations.

The National Museum of China will similarly stagger admissions from 1 May, requiring visitors to pre-book, show ID, undergo temperature and health checks, and wear masks. According to its WeChat, the daily limit of 3,000 visitors will be subdivided into morning, noon and afternoon time slots. Guided tours are also suspended.

The private Red Brick Art Museum today reopened its indoor facilities and Sarah Lucas solo exhibition (until 28 June) to visitors with advance reservations, having opened its garden with outdoor works by Olafur Eliasson and Dan Graham on 25 April. “We have been paying close attention to the progress of the epidemic control and prevention in China, as the cases decline to zero in many areas, and we are optimistic that art museums will be able to gradually reopen in an orderly manner,” says Red Brick’s founder and director, Yan Shijie. The museum's safety measures include advance registration, temperature and health code checks, and mandatory face masks. Yan adds that plans for a trio of international exhibitions later this year are now under review.

Most private art museums in Beijing expect to open in late May, roughly concurrent with the city’s Gallery Weekend (22-31 May), including UCCA Center for Contemporary Art and KWM Art Centre. M Woods museum is planning to announce its reopening in the coming days, according to a spokeswoman, with new shows likely to launch in late May or early June.

X Museum, a new venue established by M Woods co-founder Michael Xufu Huang and fellow collector Theresa Xie, is due to open on 30 May after its original March launch date was pushed back. The private Inside-Out Art Museum also reopens tomorrow, extending its winter show Community of Feeling: Emotional Patterns in Art in Post-1949 China.

However, not all museums in the capital are reopening immediately. The Central Academy of Fine Art Museum remains closed until further notice, at least through the summer, along with the campus itself.

UPDATE (1 May): This article was updated to include comment from the Red Brick Art Museum.