Among those affected are the Hong Kong-based de Sarthe Gallery, which opened in Beijing in 2014, and X Gallery 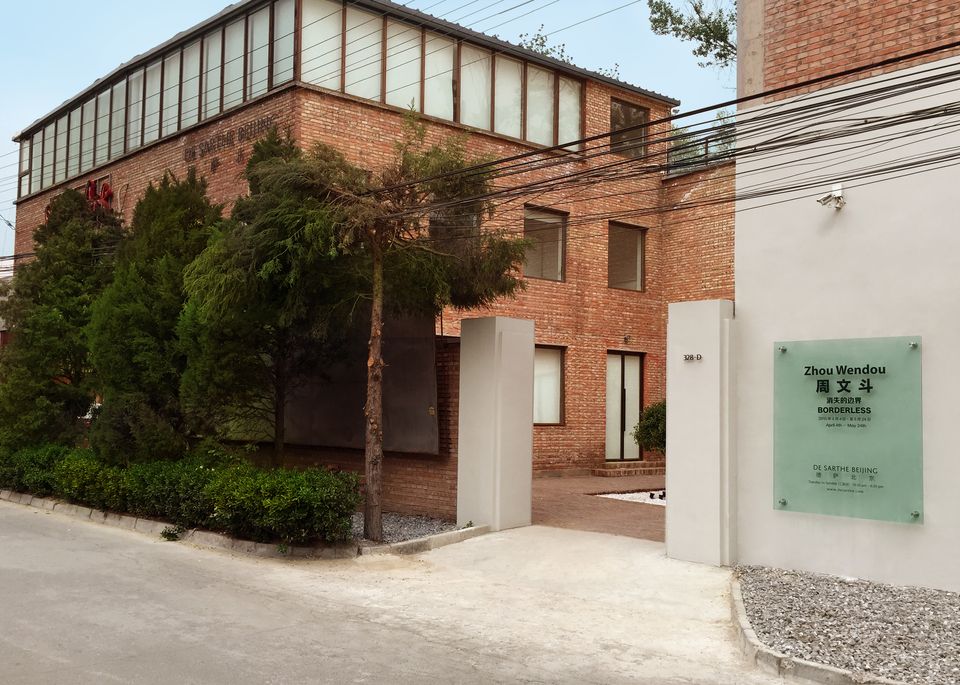 Two galleries in the Beijing art district of Caochangdi have been served with eviction notices ahead of imminent demolitions. “We were notified [last] Tuesday we needed to move by the end of the month,” says Willem Molesworth, the director of the Hong Kong-based de Sarthe Gallery. “At the moment, there are only rumours about how the area will be redeveloped.” With the conclusion of an exhibition by the Hong Kong artist Mak Ying Tung 2, De Sarthe Beijing is now closed to the public.

De Sarthe’s 8,000 sq. ft. Beijing gallery, which opened in 2014, and the neighbouring X Gallery are understood to be among four art spaces currently affected out of the dozens that occupy Caochangdi. Rumours have circulated for several years that Caochangdi, Beijing’s largest art cluster after nearby 798, faces an uncertain future under the capital’s gentrification plans. The area is home to the photography centre Three Shadows and galleries including ShanghArt Beijing, Ink Studio, Beijing Art Now and Pékin Fine Art. However, de Sarthe and X were particularly vulnerable as they were built on land owned by the China Railway Corporation.

“It is a stressful time and it's so unfortunate for de Sarthe and the galleries and artists that have been abruptly asked to leave Caochangdi,” says Christophe Mao, who established Chambers Fine Art in New York in 2000 and in Caochangdi in 2007. “It is my understanding that the area that has to be vacated is located along a strip of land next to the railroad. From the government point of view, these buildings were illegally built. Chambers is located in a 'legal zone', on land which was leased from Caochangdi village for 20 years. So, although we have also been threatened numerous times with eviction, even as recently as a few months ago, we have been spared for now.”

Several other galleries in the district have confirmed anonymously that demolitions are because of the railway tenancy, and their spaces remain safe, for now–but they operate under a perpetual uncertainty.

“There has been talk about this happening for a few years, but nothing actually manifested until last year when an artist co-operative called Iowa in Caochangdi was dismantled,” Molesworth says. “That's when the prospect of needing to relocate became all the more serious to us.”

Molesworth says de Sarthe is now scouting for a new Beijing location. “There are plenty of options all across Beijing. 798 is obviously a serious contender, but the art scene in the city, and even across China, is strong and constantly developing in new locations. We will be taking the summer to carefully consider our options and find a perfect space that suits the needs of our artists. While it is sad, Beijing is constantly growing and evolving. As one door closes, a new door opens. The demolition of Caochangdi would only mean a new art district will emerge somewhere else in the capital city, and that is an exciting prospect.”

Mao adds: “Caochangdi is important for a few reasons. First of all, Ai Weiwei was the first one who moved there [in 1999] and had his studio. A lot of international press has been to the area as a result. Second, since the first gallery spaces designed by Ai Weiwei were built and Chambers moved into the area, many other leading galleries and artists followed, making it a destination for contemporary art in Beijing. Sadly, it is entering its twilight as a truly contemporary art hub.”