New space, with portions burrowed under the sand, will be located by the Bohai Sea shoreline 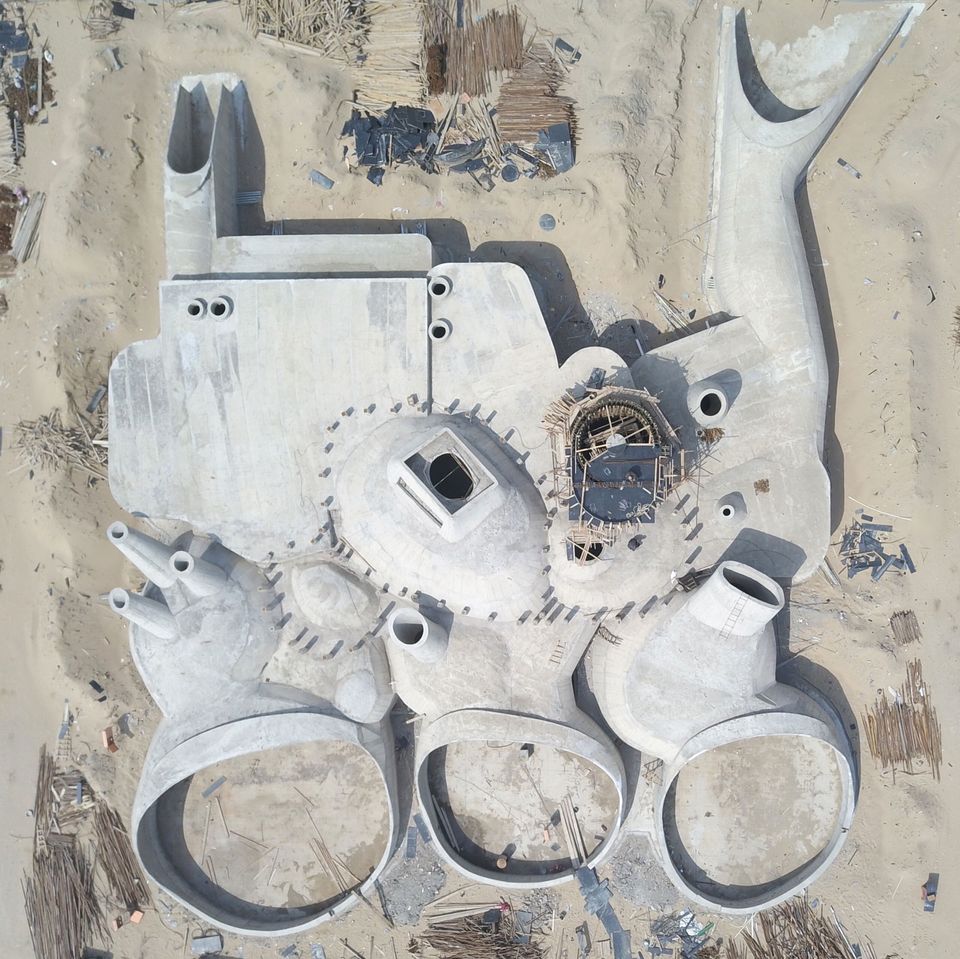 Beijing's Ullens Center for Contemporary Art today announced plans to open a second museum, UCCA Dune, in Hebei Province's Beidaihe District this fall. The 930 sq. m. space designed by Li Hu and Huang Wenjing of Open Architecture is a strategic partnership between the 798 museum and the developers of the Aranya Gold Coast Community project containing the museum.

UCCA Dune's exhibitions will be managed from the Beijing flagship, with two or more shows per year, says UCCA director Philip Tinari. "Doing the programming is like having another gallery, it will supplement and complement the main museum. This marks a first for us, and we are open to further opportunities." The project will open with the show After Nature, a "multigenerational show of nine Chinese artists" including Zhuang Hui, Li Shan and Liang Shaoji, says Tinari. "The space is nearly Guggenheimian in its specificity. It would also work spectacularly for a one artist show." 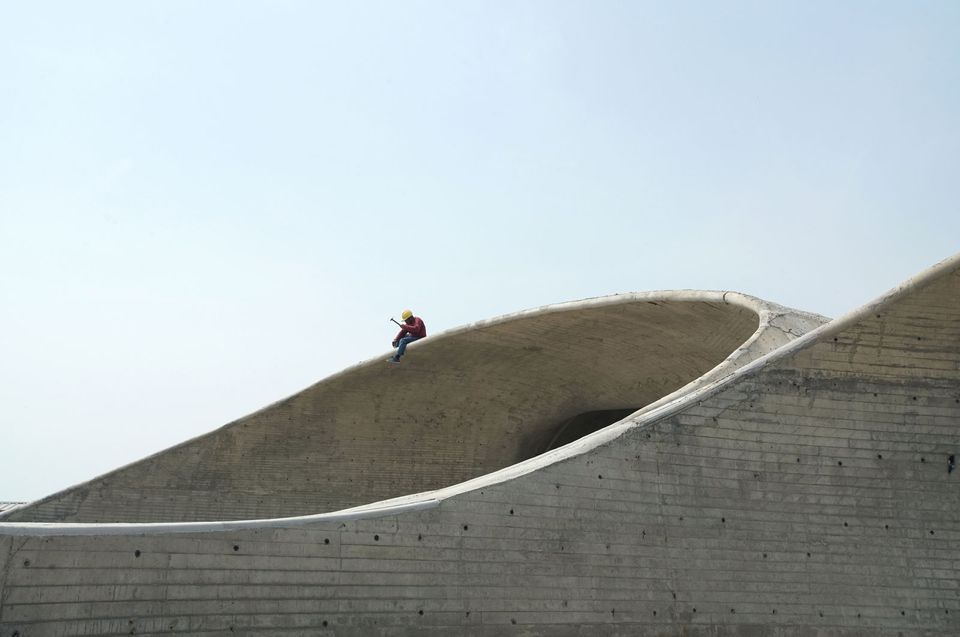 The Aranya development is situated by the Bohai Sea shoreline, about 300 km and three and a half hours from Beijing by car or 90 minutes by train, with travel time to be reduced substantially when a high speed rail there opens next year. Beidaihe District and the surrounding city of Qinhuangdao function for Beijing like the Hamptons towards New York or Cape Cod for Boston, Tinari describes. "A lot of Beijingers have weekend houses out there." Aranya's cofounder Ma Yin has also recruited Beijing drama impresario Meng Jinghui to open a theatre near the museum. Seminal Chinese rock musician Cui Jian has one recording studio there, and is in the process of building a second, more advanced space. The Sanlian Public Library, dubbed the "world's loneliest library" opened on a secluded nearby beach in 2015.

UCCA Dune, or Shaqiu in Mandarin, contains seven indoor and three outdoor galleries, with portions of the curvatious building burrowed under the sand. A smaller, second building, to be completed next year, will be constructed in the water and partly submerged, reachable only at low tide by a narrow causeway.

Founded in 2007 by Guy and Myriam Ullens, UCCA was last year purchased by a group of investors including Future Edutainment. Projects since include a recent expansion of the centre's main hall, and a currently underway renovation of an adjacent building in 798 for an expansion scheduled for completion in late November. The now restructured UCCA Group consists of a nonprofit foundation and UCCA Enterprises, which generates revenue through projects including the UCCA Store and its children's educational programmes, which is planning to expand beyond Beijing. UCCA last week received official accreditation as a nonprofit from the Beijing Bureau of Civil Affairs, which Tinari says is a major step towards completing the restructure.