Founded by Michael Xufu Huang and Theresa Tse, the X Museum opens in the Chinese capital this weekend after Covid-19 delay The young collector Michael Xufu Huang is one of the founders of Beijing’s private X Museum along with Theresa Tse Photo: courtesy of Valentino Garavani

China’s nationwide lockdown to contain the coronavirus pandemic pushed the launch of Beijing’s private X Museum, founded by the young collectors Michael Xufu Huang and Theresa Tse, from March to 30 May.

The delay had a financial impact as “some brands have cancelled their sponsorship”, Huang says, but he appreciates that it also “gave us time to do more”. The museum teased its opening show with an interactive online exhibition conceived as “complementary to our physical space”.

Designed by the architect and artist Pete Jiadong Qiang, the site went live on 6 March, and attracted over 20,000 visitors by 6 May. Unlike the recent proliferation of online viewing rooms “which are like going through PDFs”, Huang says the exhibition is “almost like a game” in which the art “flies into your face”. Still, he concedes: “it does not replace seeing physical art”.

The IRL exhibition How Do We Begin? (30 May-13 September) is billed as the first edition of a contemporary art triennial. The mix of 33 artists includes emerging and more established talents, such as Cheng Ran and Miao Ying, and represents diverse gender and sexual identities unusual for a Chinese group show. Next up will be an exhibition of the Norwegian artist Yngve Holen, in line with the global programme envisioned by Huang. 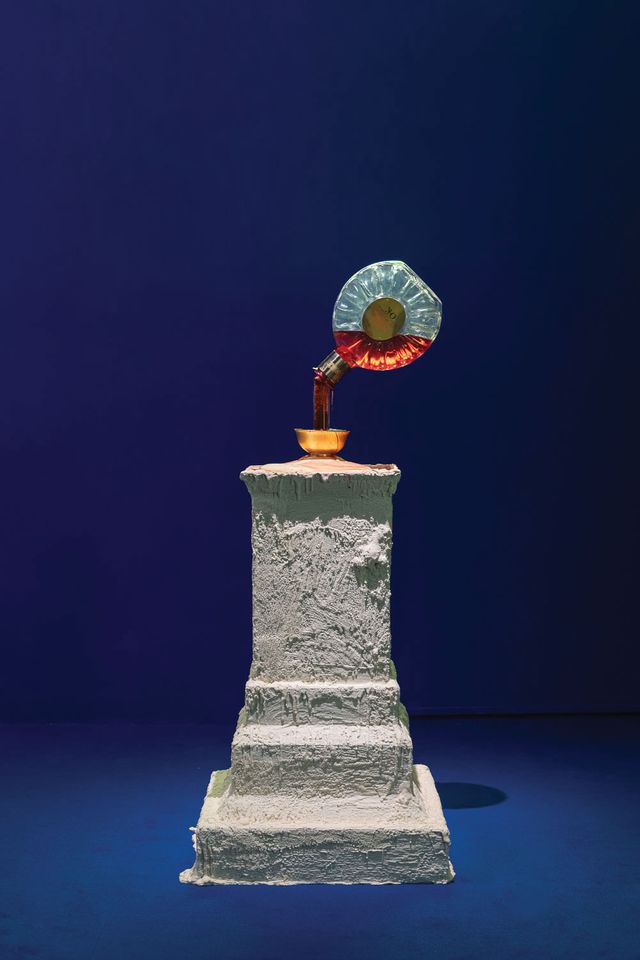 The two-storey, 2,400 sq. m exhibition space is part of a new development in the Chaoyang district that aims to attract more art venues in future. Tse and Huang have footed the museum’s $1.5m opening bill, with further support coming from a board, patrons circle, sponsorships and in the future a store, café and restaurant. Their private collections—around 450 works combined—will also be “under the umbrella of the museum”, Huang says.

But “there will be completely no partnership” with M Woods, the Beijing museum founded by his friends Lin Han and Wanwan Lei, which Huang joined from 2015 to 2019. Nor will the museum have much overlap with Mine Project, the commercial gallery he co-founded last year in Hong Kong.

Huang, who also sits on the board of the New Museum in New York, hopes X Museum will buck the current trend among Chinese museums to “buy content from abroad”. Imported international blockbusters are a form of “art education” for Chinese audiences, he thinks, but “after a while people get bored, and need new content that is more challenging.”

Aged 26 and 27 respectively, Huang and Tse want to represent creatives of their generation, including designers, architects, celebrities, scientists and musicians as well as artists. “I can connect with them more, because of a similar life experience,” Huang says. Millennial outreach efforts include a museum mascot, “Lil X”, and tickets priced at an accessible RMB50 ($7).

“X represents many things including Generation X, the start of millennials, young energy,” Huang says. He anticipates a warm reception for the museum and art in Beijing generally this summer. “People are so bored, the second we can get out, we want to do something!”