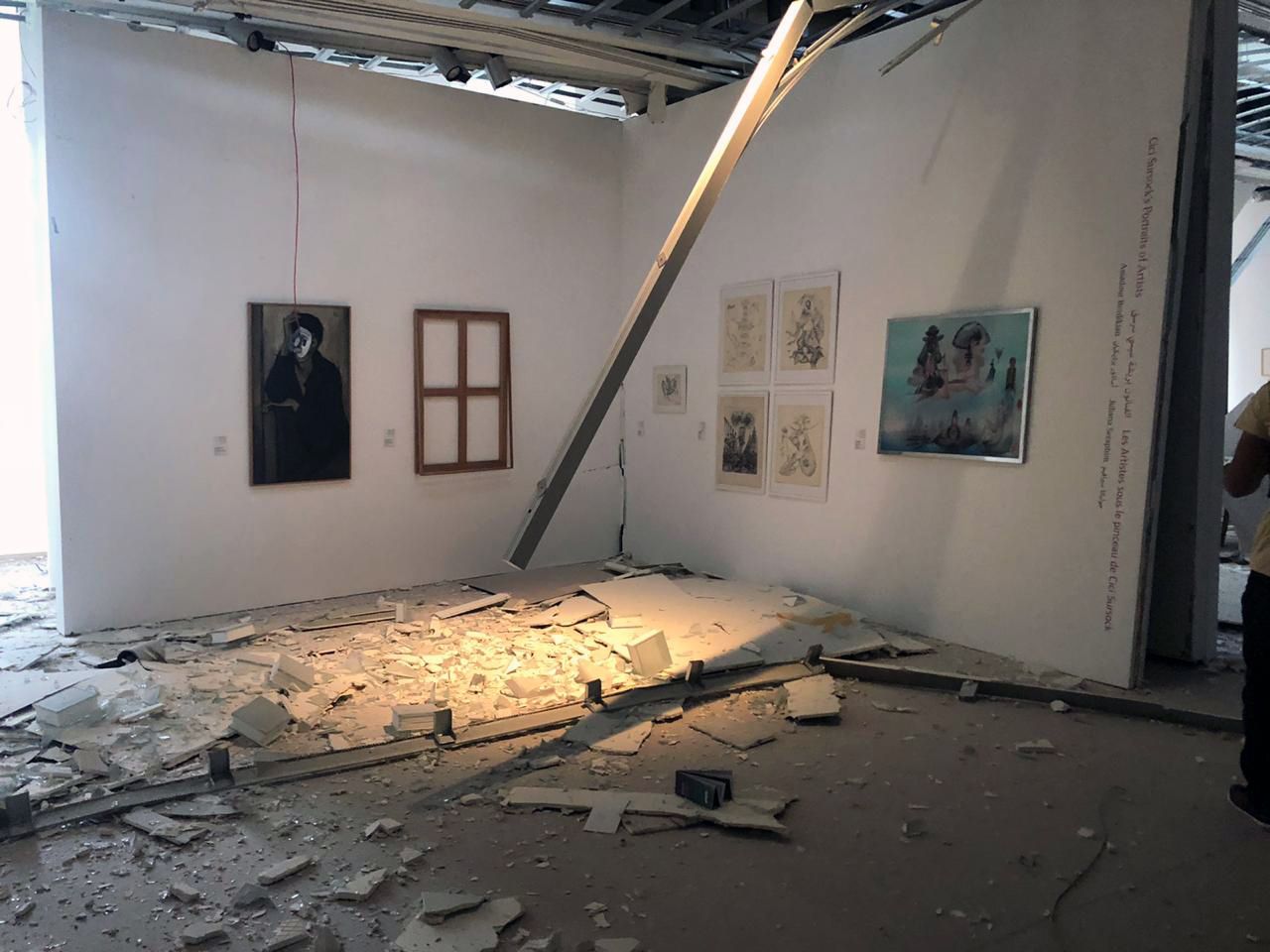 A coalition of international museums and heritage organisations are co-ordinating “cultural first aid” for Beirut institutions affected by the devastating explosions of 4 August.

In a statement of solidarity released on 11 August, 27 signatories including Unesco, the International Council of Museums (Icom), World Monuments Fund, the National Museum of China and the Louvre in Paris pledged to “do all that we can to contribute to the complete recovery of the heritage that has been damaged in Beirut by this blast”.

An initial assessment found that at least 8,000 buildings concentrated in the historic districts of Gemmayzeh and Mar Mikhael were affected by the explosions, of which 640 have heritage status, according to Unesco. Around 60 of these historic buildings are estimated to be at risk of collapse. Unesco says it is working with Lebanon’s directorate-general of antiquities to lead the cultural response to the disaster.

The Lebanese national committee of Blue Shield International is now co-ordinating experts on the ground to survey the damage sustained by the city’s museums, libraries, archives and historic buildings, says Elsa Urtizverea, Icom’s heritage protection co-ordinator, who visited Beirut last week. Blue Shield will give the international partners an overview of the priorities for reconstruction as they plan longer-term relief efforts.

According to Suzy Hakimian, the chair of Icom Lebanon and the director of the Museum of Minerals at Saint Joseph University, eight museums were damaged by the blast.

Located close to the epicentre of the explosions at the port, the Sursock Museum suffered “unbelievable” destruction, Urtizverea says. All the stained-glass windows on the villa’s façade were obliterated and the roof was damaged, leaving the museum exposed to the elements. The architects responsible for the museum’s $15m renovation in 2015 are advising on securing the building. A team of volunteers—museum staff and young cultural professionals—have moved the art works into storage, cleared away the glass debris and covered the broken windows with plastic sheets.

The Museum of Lebanese Prehistory at Saint Joseph University, 1km away, also requires urgent structural attention. Urtizverea says the “major threat” is a glass ceiling on the brink of collapse, which has been temporarily reinforced with wood to protect the collection. 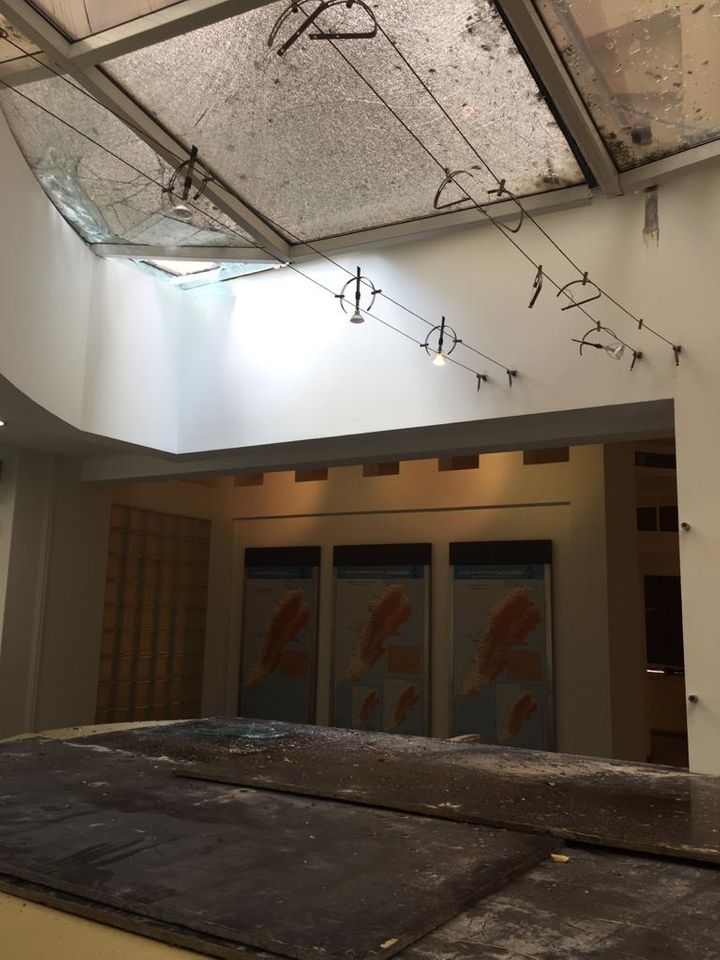 A glass ceiling at the Museum of Lebanese Prehistory could collapse Photo: Elsa Urtizverea

The doors and windows were “completely blown off” at the archaeological museum of the American University of Beirut, 4km west of the port. There was “some damage” to the collection, including a toppled vitrine containing mostly glass artefacts, which awaits examination by restorers.

Fortunately, Lebanon’s leading archaeology collection is “apparently intact” at the National Museum, although the windows, doors and lifts were all damaged in the blast. The ground floor displays of sarcophagi, statues and mosaics from the third millennium BC to the Byzantine era “will just need cleaning”, Urtizverea says.

“It’s a miracle the collections were preserved”, Hakimian says. The minerals and precious stones of her own museum are “safe” on a separate campus of Saint Joseph University.

But the challenge for all custodians of damaged historic buildings will be sourcing the materials to rebuild before the autumn season. “I’m sure we don’t have enough glass to replace all the windows and doors” through the local market, Hakimian says. Amid Lebanon’s currency crisis, “the cost will be very high,” she adds, noting that museums must also meet stringent technical specifications. 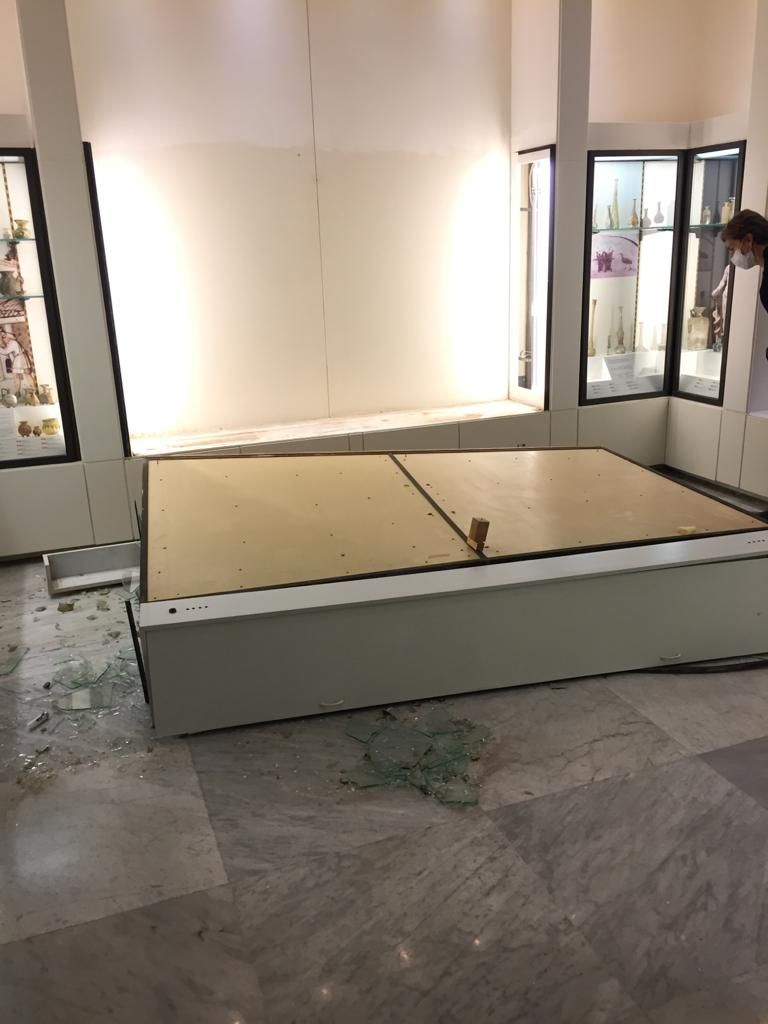 A fallen vitrine at the archaeological museum of the American University of Beirut, to the west of the city Photo: Elsa Urtizverea

The recovery of Beirut’s cultural institutions will depend not only on international expertise and raw materials, but also on financial support. Grant-making bodies including the Geneva-based Aliph foundation (International alliance for the protection of heritage in conflict areas) and the Prince Claus Fund in Amsterdam are “trying to identify the most transparent and reliable operators on the ground” to establish a fundraising platform, Urtizverea says.

“We are an ambulance for cultural heritage,” says the Prince Claus Fund’s director, Joumana El Zein Khoury. Its aim is to assist organisations that may be overlooked, such as important private collections and artist residency centres. “We are working with the Arab Image Foundation, whose storage area in the Gemmayzeh neighbourhood was affected, and are helping to protect the [photographic] works against the acid rain that has recently fallen on Beirut,” El Zein Khoury says.

Hakimian, who worked on the restoration of the National Museum after the Lebanese civil war, acknowledges that reconstruction is going to be a “long process”. The cultural world is “trying to unify… to do our best”, she says. “Thank God everybody is helping. We hope to be able to bring back what was.”