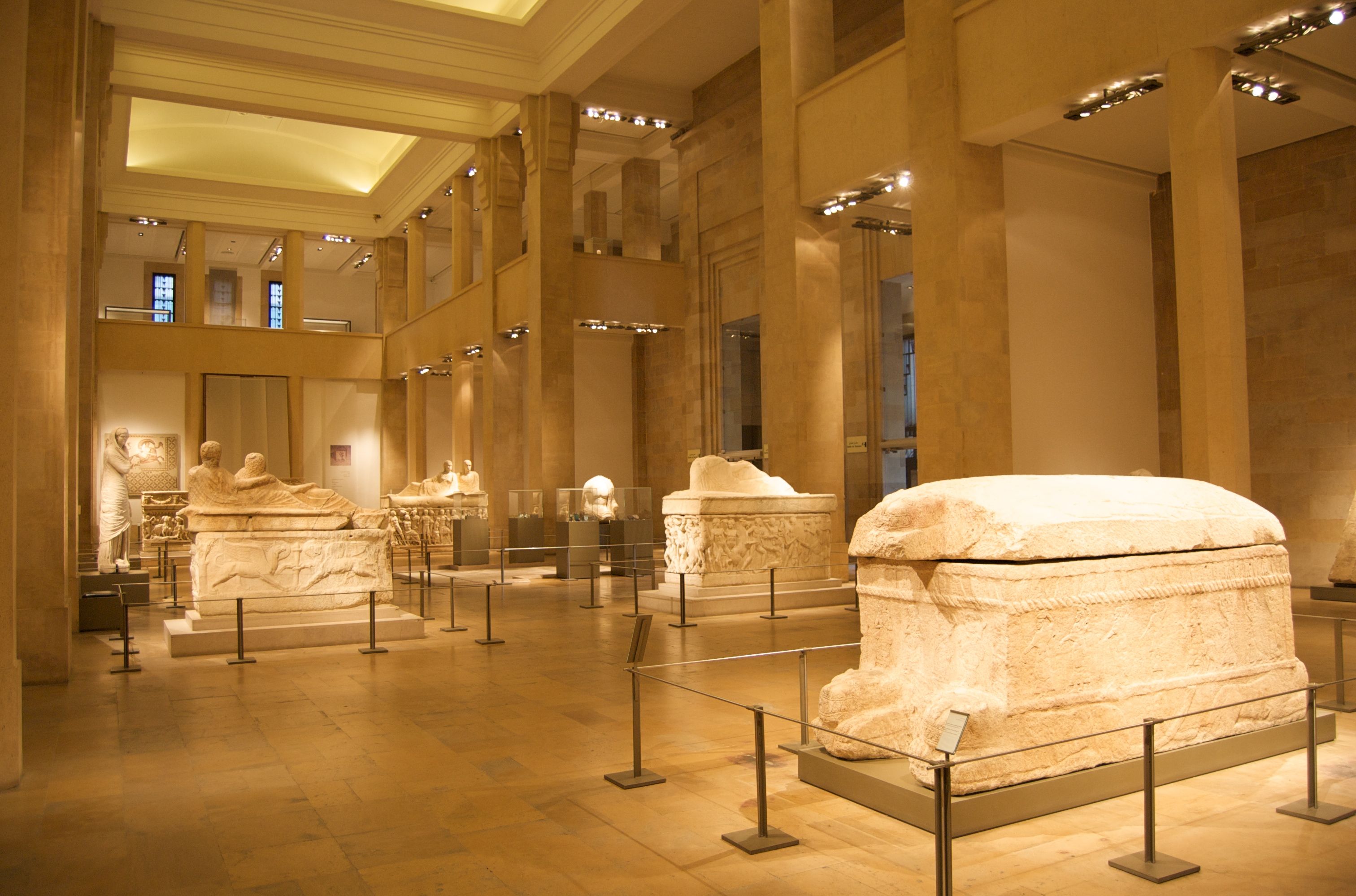 "In the context of the crisis that Lebanon is going through, carrying out this work in such a short period of time constitutes a remarkable success", says Sarkis el-Khoury, the Lebanese director general of antiquities in a statement Photo: James Gallagher

Beirut National Museum has reopened—with expert assistance from the Louvre—following the double explosion that devastated the Lebanese capital on 4 August last year. The blast destroyed the museum’s windows and doors and caused serious damage to the security system. At least 200 people were killed and over 6,000 were injured in the aftermath of the explosions while countless buildings were pulled down.

The Directorate General of Antiquities within Lebanon’s Ministry of Culture drew up a plan of action to rebuild the museum, located 3km south of the port, in the days following the explosion. Teams from the Louvre’s Department of Near Eastern Antiquities and Department of Architectural Heritage and Gardens helped map out a recovery plan, beginning “emergency interventions” on 31 August last year. 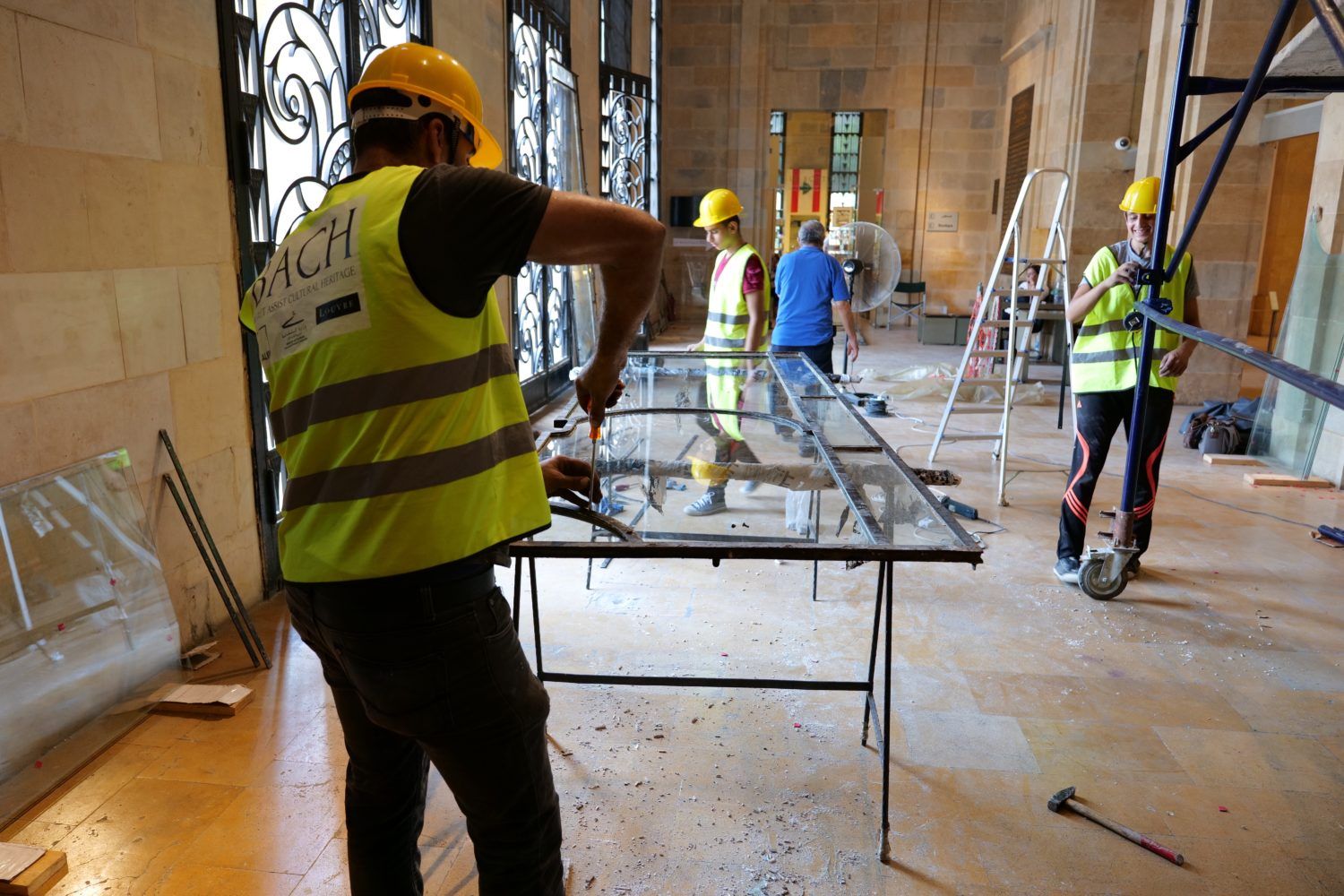 Restoration at the National Museum of Beirut Courtesy of the Louvre; photo: J Chanteau Paul Maurer

This involved securing the building and the collections as quickly as possible by repairing the doors, windows and security system; the team of specialists also helped repair damage in the museum’s administrative quarters and archaeological storerooms.

A Louvre spokesman says that the museum partly reopened mid-July for visitors such as tourists and Lebanese expatriates. “However the work is still in progress and should be completed in the next few days; 95% of the work has been done,” he says.

The restoration work has been funded by the International Alliance for the Protection of Heritage in Conflict Areas (Aliph), which provided $175,000. Aliph has supported 18 projects costing $2.3m, financing emergency measures to stabilise more than 30 historical houses in Beirut and restore monuments, religious buildings, and cultural institutions including the Sursock Museum ($500,000).

"In the context of the crisis that Lebanon is going through, carrying out this work in such a short period of time constitutes a remarkable success," says Sarkis el-Khoury, the Lebanese director general of antiquities in a statement, adding that the joint project is "an important step in the collective work that we are carrying out jointly with the Louvre museum and the Aliph foundation”. New virtual tours of the collection have also been rolled out online.

But further funding is needed to carry out essential maintenance during phase two of the overhaul. “Major repairs valued at nearly $800,000 will be necessary to ensure the long-term balance of the entire museum, whose air conditioning is only operating at 30% of its capacity,” a Louvre statement says. Certain areas, such as the gallery displaying 13th-century mummies, are ventilated by backup systems.

The National Museum of Beirut, which displays over 1,800 objects on three floors dating from prehistoric times to the Ottoman period and originally opened in 1942, has undergone significant upheaval over the years. During the civil war that began in 1975, it was damaged by bombs and occupied by fighters from various armed groups.

The Louvre is also lending expertise to other key heritage projects in Lebanon. In the past three years, the Directorate General of Antiquities and Louvre’s Department of Near Eastern Antiquities have jointly carried out extensive archaeological research at the coastal town of Byblos where 20th-century excavations yielded works now housed at the Beirut National Museum.