Against a backdrop of political wrangling, Zena el Khalil’s show focuses on the missing of Lebanon’s civil war 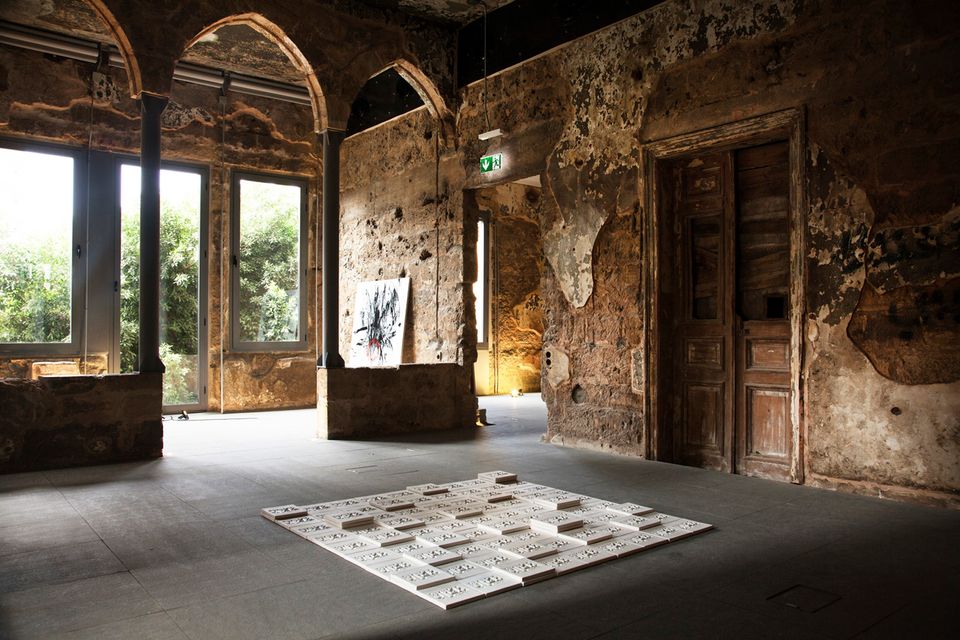 The Museum of Memory in Beirut, a four-storey Art Deco building that was a sniper's lair during Lebanon's civil war, has opened its first formal exhibition with a focus on people missing from the conflict. The architect behind the $18m project to renovate and conserve the building as a memorial museum says it was a milestone simply for it to be open to the public during the 40 days of the show. Tangled local politics and the sensitive subject matter have left the museum without a director or governing board, and a generous research centre, offices and library have lain empty for over a year.

The exhibition by the artist and novelist Zena el Khalil includes sound, photography and installation work, with a “forest” of 17,000 green sticks planted through the top two floors, the number of those still listed missing from the 1975-90 civil war. Families of the missing helped place them. They evoke the Green Line, which formerly divided mostly Muslim West Beirut from the Christian East, and where the building was a bitterly contested strong point—a “killing machine”, the artist says, from where thousands of people were shot dead.

“Due to the location, I wanted to create a piece that honoured the site,” El Khalil says. “The families of the missing are getting older and soon they will become a forgotten memory. They are green because of the location and green because our memories are still alive.”

The building, where gaping bullet holes, sniper’s graffiti and sandbag walls have been carefully and subtly conserved, provides a powerful setting as well as an impressive “white-box” exhibition space. The works struggle to muster the same strength. While the photographs sit well within the setting, the installation, which includes ceramic tiles and text with Arabic words for peace and compassion, had less visual impact. 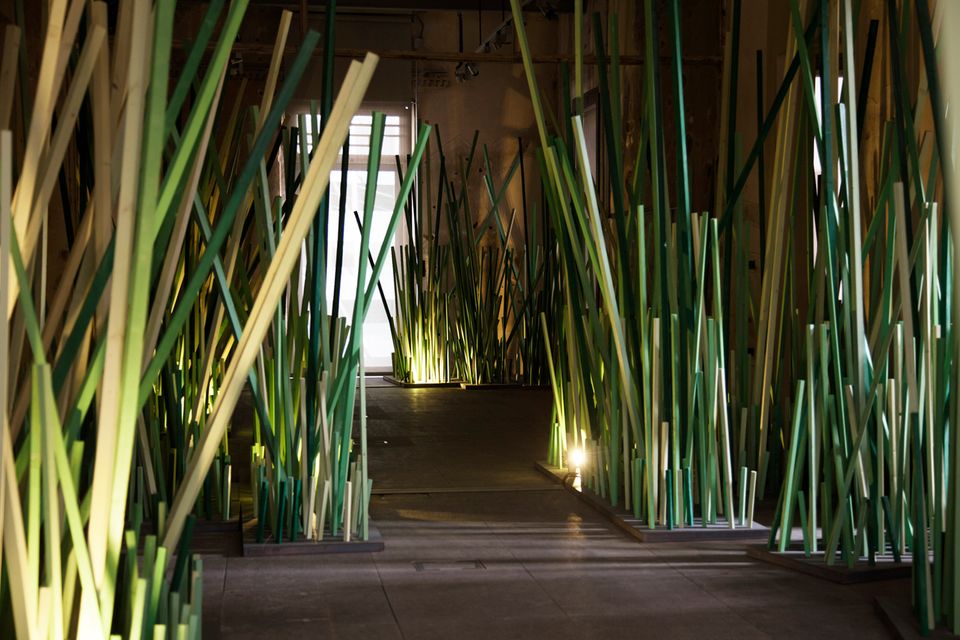 Zena el Khalil’s “forest” of 17,000 green sticks planted through the top two floors of the Museum of Memory in Beirut Courtesy of the artist, Fondazione Merz and Liban Art. Photo: © Josette Yousef

The building includes a lower floor bunker of reinforced concrete where visitors look through firing slits, which enabled snipers to shoot down civilians at long range. The architect Youssef Haidar says he was glad that the building was now open to visitors to the exhibition, which will include workshops and performances. “The important thing to me is that it lives,” he says. “For 40 days people can visit when they couldn't before."

No further exhibitions are yet confirmed, with the museum widely said to be caught between the authority of the mayor and governor’s office of Beirut. There have been discussions with Walid Raad, the Lebanese media artist based in New York, Haidar says, While Wajdi Mouawad, the Paris-based actor and theatre director, whose family left Beirut at the start of the war and whose productions often focus on war and displacement, has also visited and toured.

Sheikh Daneel Abdul Khalek, a leader in the Druze faith, who works on interfaith issues and also runs a construction business, brought a team of eight to put together the assemblage of sticks. “The importance of this building is a memory of wartime, so the Lebanese can remember when they have clashes, this is the result, the symbol left like this,” he says.

The exhibition was commissioned by The Fondazione Merz and Liban Art.