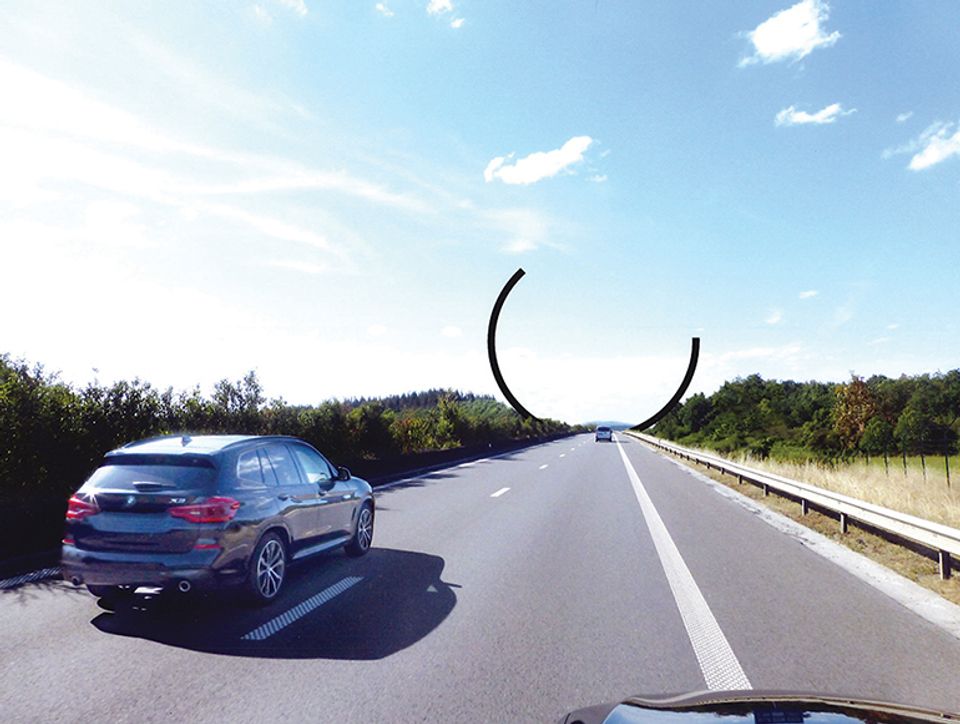 A colossal sculpture by the French artist Bernar Venet spanning a Belgian motorway is due to become the largest public work of art in Europe when it is unveiled in October. The piece, made from two sweeping arcs, is being realised more than 35 years after it was embraced and then rejected by the French government.

The 250-ton steel sculpture, called Arc Majeur, will be installed on either side of the E411 motorway in Lavaux-Sainte-Anne in Belgium between Namur and Luxembourg. The vast piece is in two parts: a large arc made up of three sections measuring 20m each and reaching 60m in height, will be installed on one side of the road, while on the other side will be a smaller arc, measuring 28m. Motorists will be under the impression that they are driving through the all-encompassing sculptural arc.

“There are higher monuments in the world, but no bigger sculpture made by an artist,” says a spokesman for Venet. “The Statue of Liberty without its pedestal is smaller and the Corcovado [the statue of Jesus Christ in Rio de Janeiro] is half the size.”

Arc Majeur was initially commissioned by the former French culture minister Jack Lang in 1984 under the late President François Mitterrand, and due to be installed on the A6 motorway near the town of Auxerre but a local politician blocked the project. In the mid-2000s, another attempt to install the work was thwarted after officials from the French highway company which oversees the transport network requested that the work be painted red; Venet subsequently refused. “After more than three decades, this time it’s for real,” the artist says.