Isaiah Ogundele, who demonstrated outside the Museum of London, Docklands for the objects' repatriation, failed to appear at his court hearing earlier this month 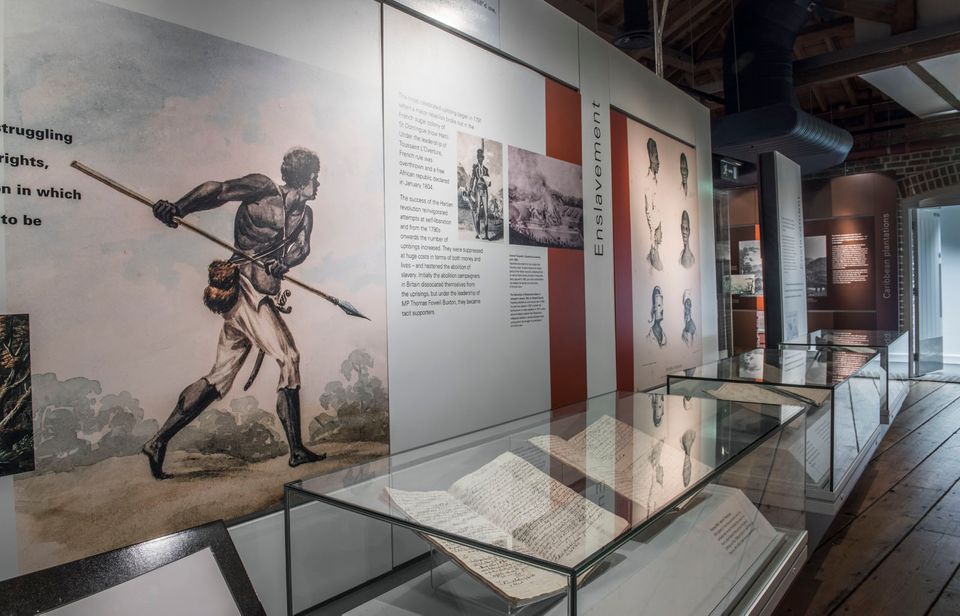 Installation view of the London, Sugar, Slavery exhibition at the Museum of London, Docklands, outside which Isaiah Ogundele protested the display of the Benin Bronzes © Museum of London

Police have issued an arrest warrant for a man who staged a protest at the display of Benin bronzes in a London museum. Isaiah Ogundele, 33, who was calling for the objects to return to their country of origin, was found guilty in his absence of using threatening words and behaviour at the Museum of London Docklands in late January.

Ogundele failed to appear at a magistrates’ court in Stratford, East London, on 18 September; he could face prison or a fine when sentenced. The Museum of London declined to comment on the criminalisation of a protest about the restitution of African art, which is the first for a UK museum.

The Art Newspaper understands that Ogundele, who has no fixed abode, could have been unaware of the date of the court hearing. He might ask for the case to be reopened, according to his legal representative, who was appointed by the court.

Onyekachi Wambu, the executive director of Afford (African Foundation for Development), who attended the hearing, tells The Art Newspaper: “Judging by the evidence given in court, what the young man needed was additional support to help with his welfare, not criminalisation.”

Wambu urges UK museums and cultural institutions to do more to engage with diaspora communities in discussion and negotiations around the return of their looted patrimony. “Attempts to criminalise those participating in these campaigns should be avoided at all costs, not least when we consider the initial violent and murderous circumstances in which these collections were acquired,” he says, adding: “Criminalising the descendants of those original victims intensifies the original crimes.”

Errol Francis, the artistic director and chief executive of Culture&, the arts and education charity, who has also been following the case, says: “While I would not support the damage of artefacts, I am concerned about what appears to be a criminalisation of protest in this case.” The writer and art historian Nana Oforiatta-Ayim points out the “irony in prosecuting someone protesting stolen objects”.

The Benin objects, which were on long-term loan from the British Museum, include a 16th-century water flask in the shape of a leopard and a bronze plaque featuring a European with a musket. A copy of an Ilfe head was slightly damaged in the incident. They were on show in a gallery about London’s role in the slave trade, the profits made from plantations in the Caribbean, and the campaign for the abolition of slavery.

The duty manager at the Museum of London Docklands at the time of Ogundele’s protest gave evidence at the hearing. He spoke about the emotional impact of the incident. The criminal conviction comes at an awkward moment for the museum, which supported the removal of a statue of a slaver that stood on its doorstep after a Black Lives Matter protest in June. The Museum of London stressed that it did not press charges against Ogundele.

The Benin plaques and sculptures, which are potent symbols of colonial violence were among the thousands of artefacts ransacked by the British in a raid on Benin City, Nigeria, in 1897. The art, examples of which were on show in the British Museum the same year, are now scattered across 150 museums and private collections in Europe and North America.