“Studio Berlin” offers a way to circumvent the toughest door policy in the world and see works by Olafur Eliasson, Wolfgang Tillmans and Anne Imhof 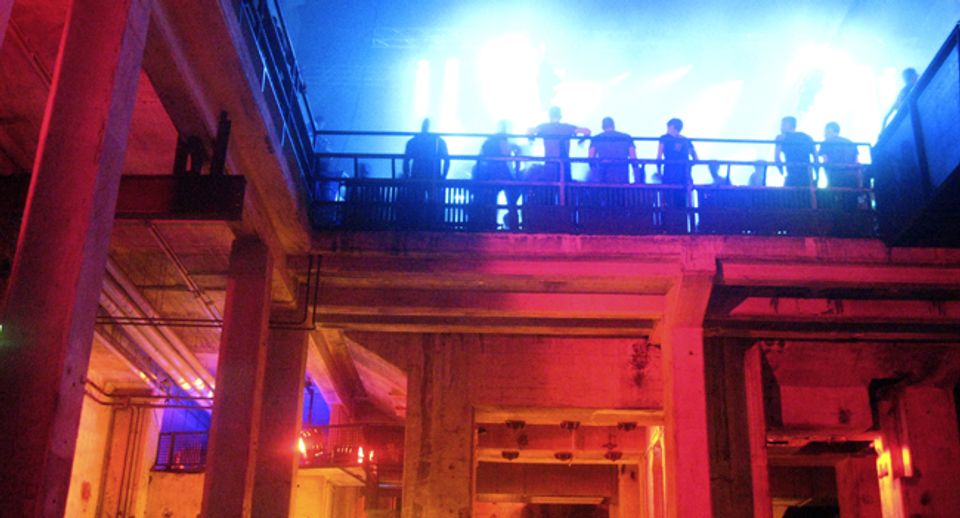 From 9 September, visitors will be able to see works by more than 80 artists at Berghain, including in the Panorama Bar pictured here Photo: Marcheur1976

The legendary Berlin nightclub Berghain, currently closed because of the pandemic, has teamed up with the collector Christian Boros to show art produced in the city’s studios during the lockdown. The exhibition will include works by more than 80 artists, such as Olafur Eliasson, Cyprien Gaillard, Tacita Dean, Wolfgang Tillmans, Rosemarie Trockel and Isa Genzken.

From 9 September, “Studio Berlin” will be open to the public via guided tours in several languages that can be booked online, offering visitors a way to circumvent Berghain’s notoriously strict door policy—at least until coronavirus restrictions are lifted and the club returns to business as usual.

The exhibition is open to everyone aged 16 and over. “For the first time, even grandmas with zimmer frames" will be able to get in, says Boros, who began working on the concept at the start of the lockdown in March.

The new works will be shown over the 3,500 sq. m space in Berghain—on the dance floors and in the Panorama bar. Tour guides will include art historians at the Boros Foundation. Other artists in the show, which will display a mix of established and young artists working in Berlin, include Anne Imhof, Klara Lidén, Robin Rhode, Rirkrit Tiravanija and Raphaela Vogel, he says.

“For three months during the confinement period we were speaking to artists on the phone every day,” Boros says. “Suddenly everyone had time. I spoke to Olafur Eliasson for three hours on Facetime—the only limit was that the phone battery ran down. The artists were all in their studios instead of on aeroplanes. We wanted to show this incredible artistic production. Berlin was frozen, so why not think differently? Why not work together?”

The link between Boros and Berghain has its roots in the 1990s, when the club’s owners set up their first gay nightspot in the Second World War bunker that now houses the Boros Foundation collection. Berghain’s birthday is still celebrated annually at the bunker, Boros says.

Funding for the new project comes primarily from the Boros Foundation with some support from the Berlin senate, Boros says.