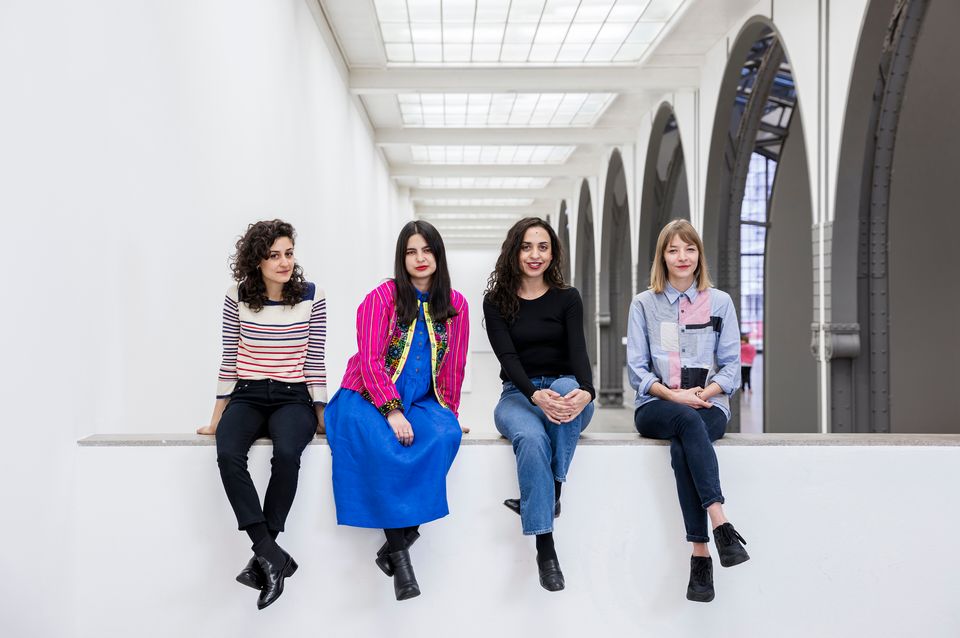 The four artists shortlisted for this year's Berlin Nationalgalerie prize have expressed their concern at the public focus on their gender and national origin rather than engagement with their work. They also called on the organisers to introduce a cash award.

The prize—which takes the form of a solo exhibition at the Hamburger Bahnhof museum and an accompanying publication—was awarded by German Culture Minister Monika Grütters to Agnieszka Polska on 20 October. The three other finalists were Jumana Manna, Iman Issa and Sol Calero. All four artists are female and none were born in Germany.

“It is clear to us that in a more egalitarian world, the fact of our gender and national origin would barely be noticed,” the artists said in a joint statement. “Having it constantly emphasized can only be indicative of how far we are from such an egalitarian world. Furthermore, the self-congratulatory use of diversity as a public-relations tool risks masking the very serious systemic inequalities that continue to persist at all levels of our field.”

The artists said all those shortlisted should be paid for the exhibition they are required to assemble and for talks, panels, and public discussions connected to the prize. The shortlist exhibition opened at the Hamburger Bahnhof on 29 September and runs until 14 January.

“There is an unspoken assumption that the participants are likely to be remunerated by the market as a result of being nominated for or winning the prize,” the artists said. “We know this is not always the case. The logic of artists working for exposure feeds directly into the normalization of the unregulated pay structures ubiquitous in the art field.”

The artists also proposed changes to the structure of the award ceremony, which they said “seemed to be more of a celebration of the sponsors and institutions than a moment to engage with the artists and their works.” The orchestrated build-up to the announcement of the winner “implies a sense of competition between people who are not in fact competing,” they said.

The Berlin State Museums welcomed the four nominees’ statement, saying their points have been taken seriously, “which is why we are already in contact with them to discuss these fundamental questions openly.”