The objects “do not belong in our museums”, says the president of the Prussian Cultural Heritage Foundation 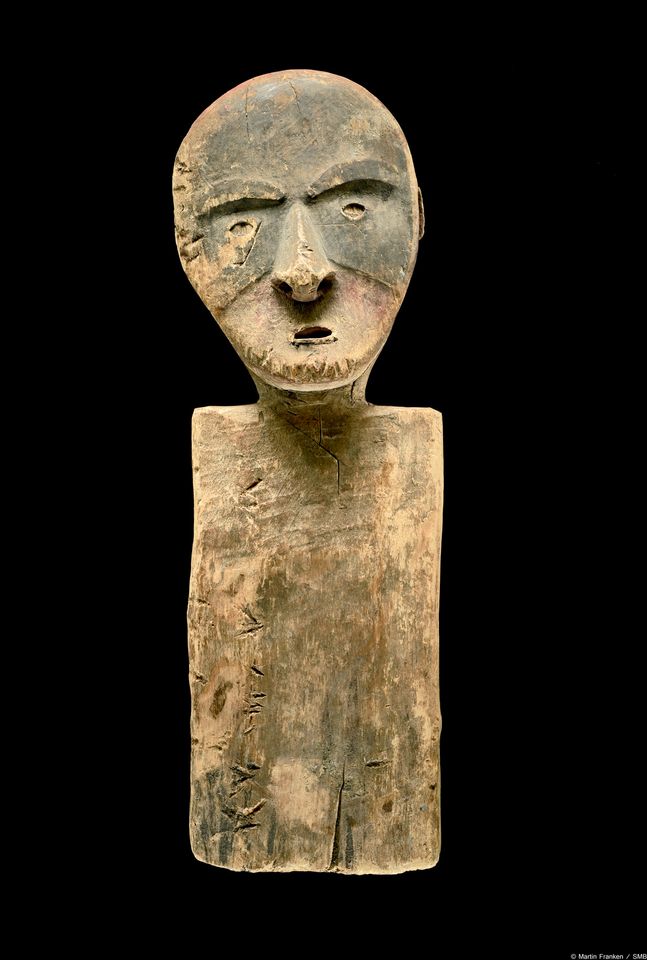 Nine artefacts stolen by a 19th-century explorer from the graves of indigenous Alaskans were returned to the Chugach Alaska Corporation by Berlin’s Ethnological Museum in a ceremony yesterday (16 May).

The artefacts—taken from Chenega Island and a village called Sanradna in Kachemak Bay in southwest Alaska—include two broken masks, a child’s cradle, and a wooden idol that was probably a shamanic figure believed to offer protection from danger and death. They were looted by Johan Adrian Jacobsen, who travelled along the northwest American coast and in Alaska in 1882 and 1884, returning to Berlin with about 7,000 objects for what was then the Royal Museum of Ethnology.

“These objects were taken without the consent of the Alaska natives and were therefore removed unlawfully from the graves of their deceased, so they do not belong in our museums,” said Hermann Parzinger, the president of the Prussian Cultural Heritage Foundation, which oversees Berlin’s museums.

The Chugach region was inhabited for thousands of years by the Sugpiaq or Alutiiq people. About a thousand years ago, they were joined by other Native American people. Today they live around the Prince William Sound and Cook Inlet.

“Many museums have feared that repatriation of cultural items was a loss of knowledge,” said John Johnson of the Chugach Alaska Corporation. “However, it became clear that these actions resulted in greater understanding of the objects and a better working relationship with cultures that they are trying to preserve.”

The Prussian Cultural Heritage Foundation says it is planning to present an exhibition in cooperation with the Chugach Alaska Corporation about Jacobsen and his “tales of derring-do” at the Humboldt Forum, which is to open next year in Berlin’s rebuilt royal palace. The display will serve as “a critical examination of the history of the collection from today’s perspective,” according to a statement, and would travel to Alaska.