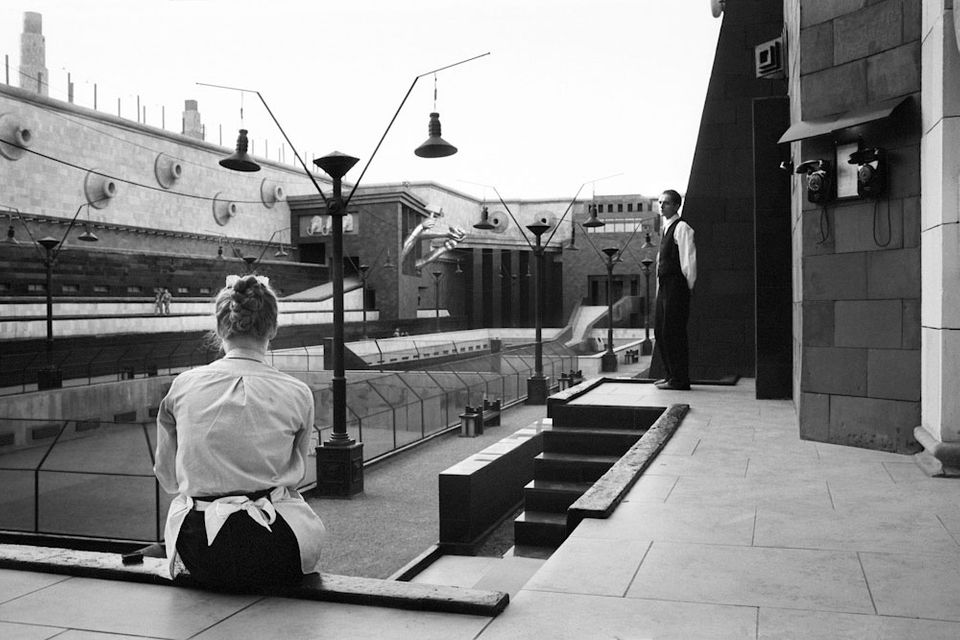 Freedom will be show in Berlin from 12 October Gruber

The centre of Berlin, already a vast building site, will soon host a new construction that few would want to see back for good. The Russian-born film-maker and artist Ilya Khrzhanovsky and the Berliner Festspiele are resurrecting the Berlin Wall.

For four weeks this autumn, visitors to a pocket of central Berlin will need to buy a visa and pass through controls in order to enter an enclosed pedestrianised zone surrounded by a replica of the Berlin Wall—29 years after the original wall fell. The organisers promise “a special experiential space” and “historical echo chambers” in an area flanked by the State Opera House, Bertelsmann’s headquarters, Unter den Linden and a canal.

Visitors will be required to exchange their mobile phones for a special device that will give an “individually tailored journey” through the enclosed zone, which will be open 24 hours a day, a statement from Berliner Festspiele says. Normal life will continue inside, though streets, lamps and signposts will “give the impression of a journey in a foreign country.”

Working with prominent partners such as Brian Eno, Marina Abramovic and Massive Attack, Khrzhanovsky and his team have produced 13 feature films and a number of film series from more than 700 hours of film shot over three years. These films will be shown in Berlin, under the title Freedom, “as an encounter with another reality created by a giant installation” from 12 October. Performances with Abramovic and Carsten Höller as well as concerts with the Greek-Russian composer Teodor Currentzis will be offered on an individual basis via the special device to guests. The replica of the wall will be destroyed “in spectacular style” at the end of the work on November 9, the 29th anniversary of the fall of the original.

After Berlin, the films will be screened in Paris as Fraternity from 23 November and in London as Equality in 2019. They are the result of an experiment that began in 2009, when 400 people, described as simple street-sweepers, waitresses, families, famous artists and Nobel prize-winners, travelled back in time to the Soviet Union and lived isolated from the modern world for two years at “The Institute,” Khrzhanovsky’s secret space in the Ukrainian city of Kharkiv.

Their journey crossed three decades of Soviet history and ended in 1968—or 2011, in real time. None of the films produced from this experience was scripted, but life in the Institute was turned into film, the press statement explains.

The project in all three cities is supported by the London-based Phenomen Trust, founded by the Russian businessman Serguei Adoniev.