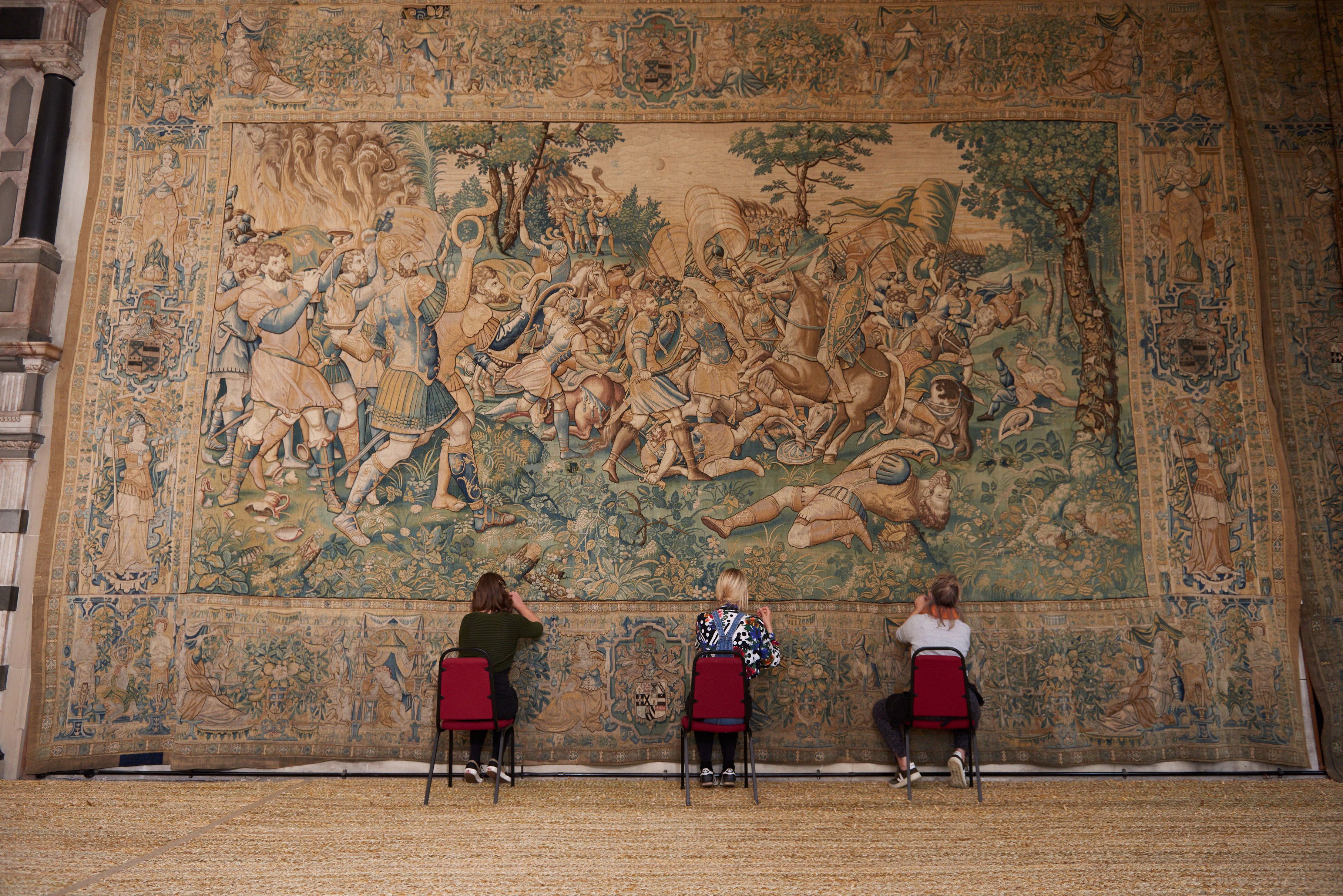 Conservation work that began 20 years ago on a giant set of 16th-century tapestries is almost complete: 12 down, as the most recently cleaned and repaired panel goes back on the wall of the Long Gallery at Hardwick Hall where they have hung since 1592, and one to go now on its way to the workshop.

The job has been epic, the National Trust’s most lengthy and expensive textile project. Each panel is around six metres tall, and the 13 add up to more than 70 metres in length, the largest surviving set in England.

The tapestries were bought by a suitably towering personality, Bess of Hardwick, who outlived four husbands and became richer each time she was widowed. She built on an imperial scale, including Chatsworth, family home of her second husband, and her own astonishing house, Hardwick Hall in Derbyshire, famously dubbed “more glass than wall” at a time when any glass window was a costly luxury, topped with her own stone initials on the roof visible for miles. The tapestries were originally woven in Flanders for Sir Christopher Hatton, for his own vast new house, Holdenby Hall in Northamptonshire, and sold after his death in 1591 to meet heavy debts. Bess paid the then enormous price of £325 15s 9d, roughly the equivalent of £128,000 today.

She brought the tapestries to Hardwick where they have remained ever since, and had patches of her own coat of arms stitched and painted over Hatton’s, and his golden hind emblem converted into a Cavendish stag by adding painted antlers. 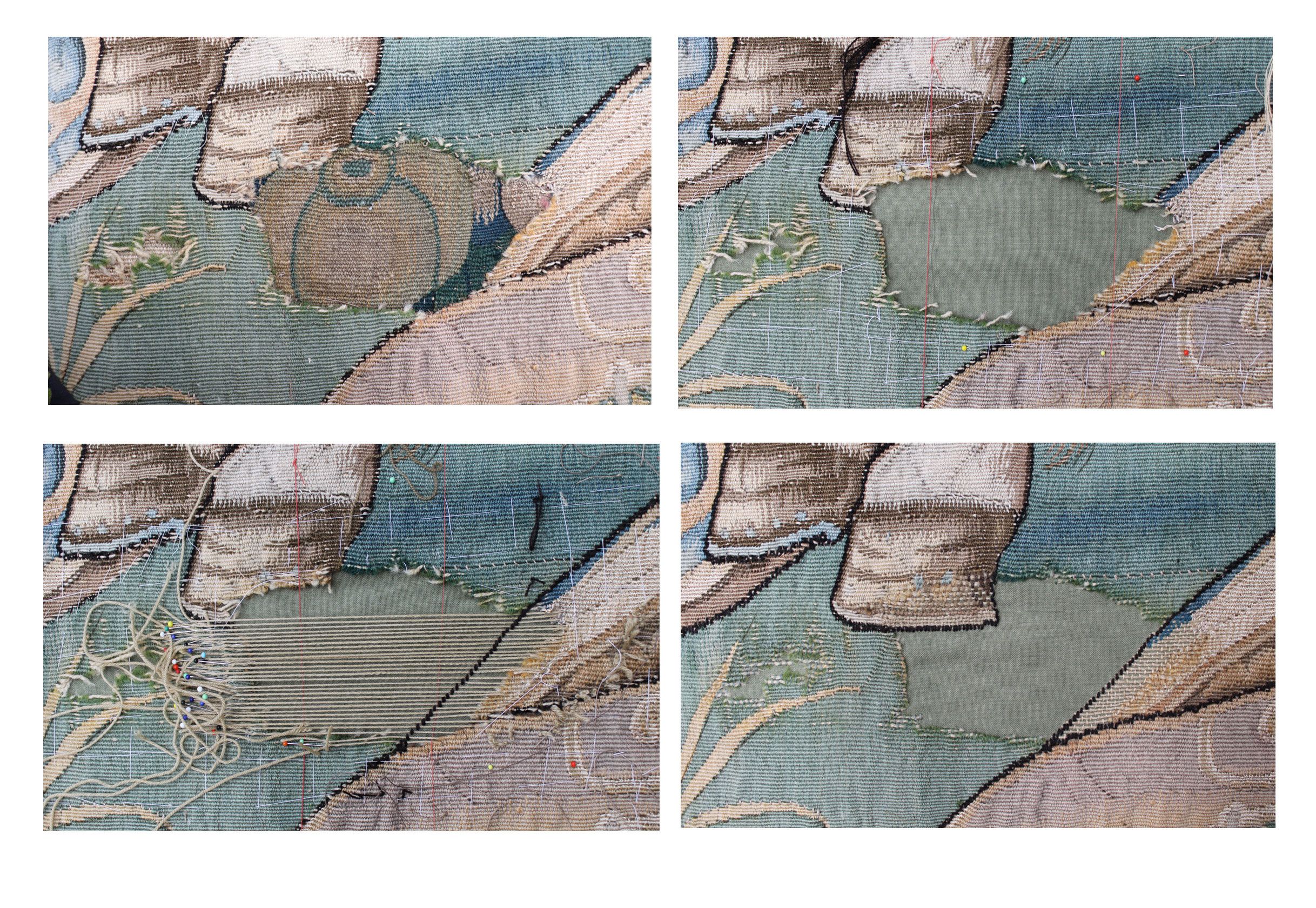 Before and after: a patch made from another tapestry is removed and new stitches fill in a horse's missing hoof © National Trust

The conservation work included replacing thousands of broken threads, strengthening points of heavy wear, and recording and removing some historic repairs made out of patches cut from other old tapestries. All the panels were strengthened by being stitched onto a linen backing, and then given a cotton lining. Work on the 13th panel, funded by a private donation of more than £287,000, should be finished by 2023, completing the epic project. The 12th panel will be left to be admired on its own for at least two years, without reinstating the portraits which had hung on top of it.

The house and park are now open to the public again every day, by pre-booked ticket.