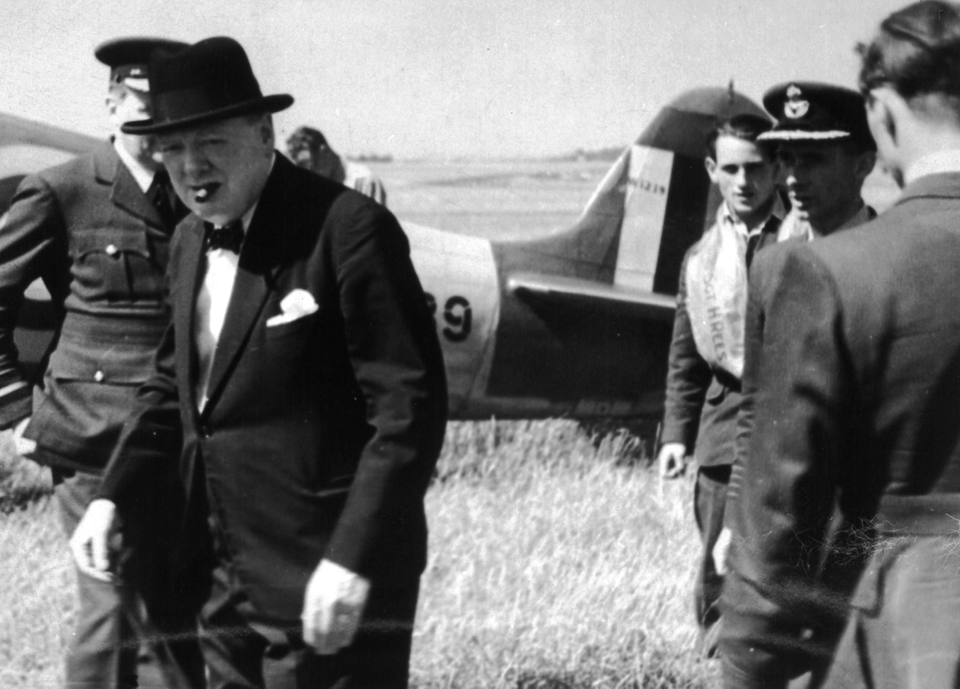 A small museum opens this week on a hill south of London, recording the history of the airfield at Biggin Hill which Winston Churchill called his “strongest link” in the Battle of Britain—welcomed by many locals as telling their story for the first time, but bitterly opposed by some whose own plans for a museum at the site failed.

The museum is in a new building flanking the restored Grade II-listed St George’s chapel, which was rebuilt in 1951 with Churchill’s backing and fundraising, after fire destroyed the modest original created from two Royal Air Force (RAF) huts. The chapel was built as a memorial to the 454 pilots who lost their lives on missions out of Biggin Hill. The survivors included Geoffrey Wellum, known as “Boy” when as a 19 year old he became the youngest Battle of Britain pilot, who died last year aged 96, weeks after recording his memories for the museum. The museum also tells the stories of local people who worked as ground crew, served air men pints and mugs of tea, dug survivors out of bombed buildings, picked up bits of shrapnel as souvenirs, and occasionally came home—as happened to Geoff Greensmith, who as a boy had the run of the base where his father ran the Nightingale Cafe—to discover a crashed Dornier bomber in the back garden or a downed German pilot in the apple tree.

Many local people donated treasured souvenirs including letters and photographs, including records of the Simpson family whose father decided to move them for safety from the centre of London to the edge of the airfield—the bomb map of the locality, showing it peppered with strikes, shows what a poor choice he made. His only son joined the RAF and died aged 21. The archive was donated by Jean Simpson, last survivor of the four siblings, and includes scores of letters exchanged by her older sister Lillian with her prisoner-of-war Canadian sweetheart.

The museum, built by Bromley Council with Heritage Lottery funding, was designed by the architect Robin Lee. His severe but elegant pale brick L, containing the museum, a shop and a café—fund-raising has begun for a second flanking structure including an education centre and a matching brick wall wrapped around the memorial garden—opens in the teeth of an unrelenting campaign against the whole project, including some who had worked as volunteers in the chapel and garden. 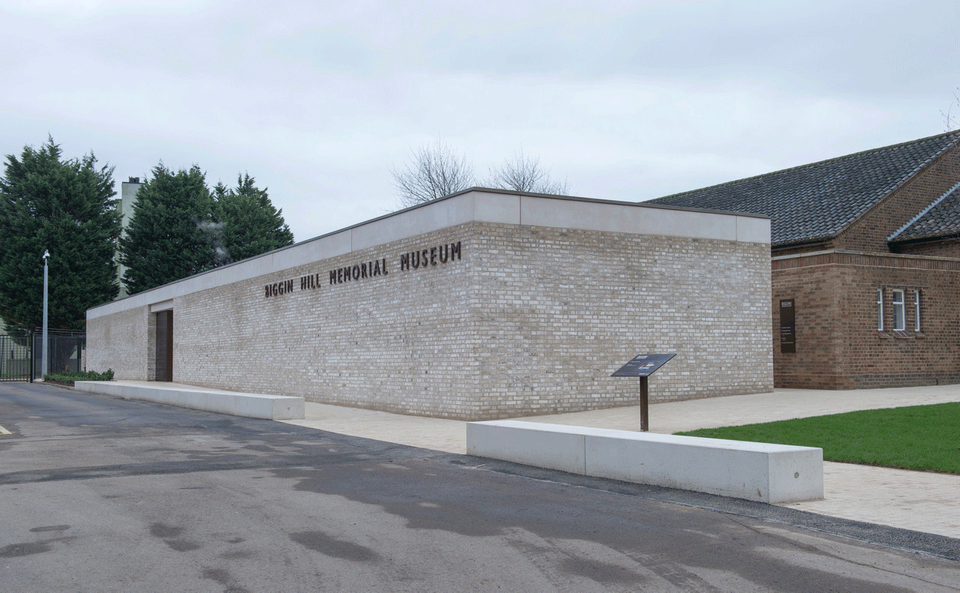 The museum, which hopes to attract 25,000 visitors annually, was intended to ensure the future of the chapel which already attracts visitors from all over the world, but was threatened after the Ministry of Defence announced it would no longer fund it when the RAF finally pulled out of the base. However, the campaign against the new museum has been notably bitter, with one man comparing Lee’s design to a concentration camp structure. Every aspect has been attacked including the bricks from Holland originally denounced by campaigners as German, removal of the old planting including a flowering cherry and a pair off Irish yew trees, and the demolition of an annexe carefully designed by Triton Miller to match the original but only added in 1990. A petition against the project is still open, and currently stands at more than 26,000 signatures.

Lee says: “These people are just continuing the fight over a museum they wanted to build themselves but couldn’t achieve.”

• The Biggin Hill Memorial Museum, opens to the public from Wednesday to Sunday from 2 February