It is business as usual, says the organisation’s director, as its founder, Ziyavudin Magomedov, remains in custody awaiting trial on racketeering charges 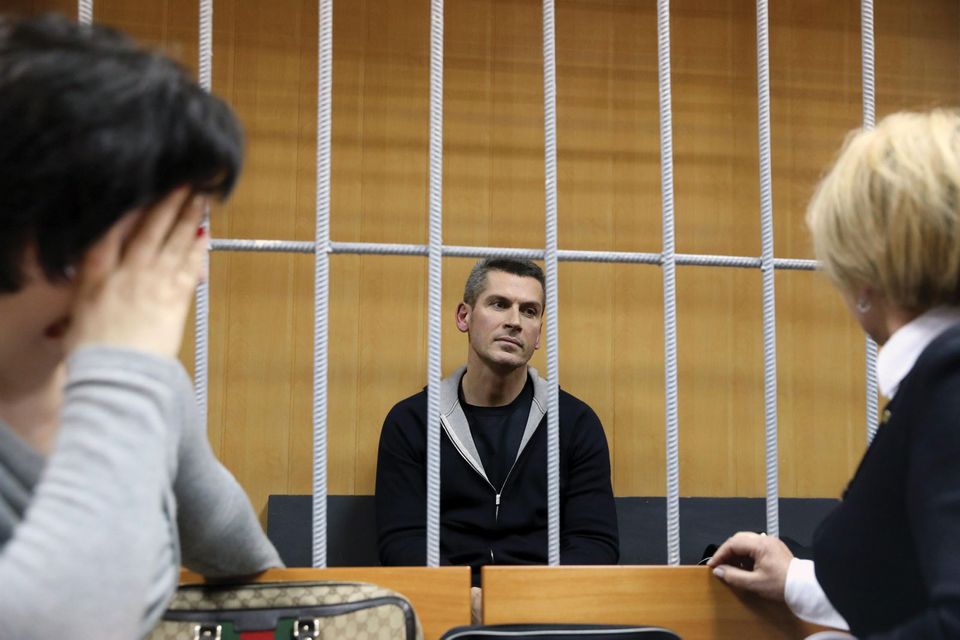 Ziyavudin Magomedov, charged with embezzlement, has been told that he must stay in prison until his trial Mikhail Pochuyev, ITAR-TASS News Agency/Alamy Live News

In April, the billionaire Ziyavudin Magomedov appealed to a Moscow court for release from detention as he awaits trial on embezzlement charges. He offered to pay bail of Rb2.5bn ($40m), the sum he is accused of stealing from the Russian state through public works contracts his construction company Summa Group has been awarded by the government. As part of his plea, the magnate cited his philanthropic activities as testament to his good character. But it did not help. Russian courts almost never rule in favour of defendants and the presiding judge decided that Magomedov will stay in prison until his trial, for which a date has not yet been set. Russia’s Interior Ministry announced on 11 May that Magomedov had been indicted on charges of “fraud, embezzlement and organising a criminal network.”

So what will happen to the many cultural and educational projects financed by the Peri Foundation that Magomedov set up in 2012? The organisation has primarily focused on education and funding initiatives, which apply advanced technology to heritage and conservation projects.

“Nothing has changed in our work,” Dmitry Tomchuk, the organisation’s executive director, tells The Art Newspaper. “We have a road map to the end of the year; we are realising all of our plans,” he says, adding that overall funding of Rb150m ($2.4m) will be made available for projects this year, the same amount that was dispensed in 2017.

Nevertheless, some recipients of the foundation’s funding are concerned. Makhach Musaev, the director of a history and archaeology institute at the Dagestan Scientific Center in Makhachkala, a city on the Caspian Sea, told a local newspaper he fears for the organisation’s projects now that Magomedov is under arrest. With money from the Peri Foundation, Musaev’s institute opened a state-of-the-art laboratory for conserving and restoring historic manuscripts last year.

The foundation “breathed new life into the cultural and educational” life of the region, Musaev said. The suspension of funding “would be a serious blow to prospects for the development of science, culture and education” in Dagestan, he added.

“Many are worried, of course,” acknowledges Vera Yakovleva, the programme director for the Peri Foundation.

A selection of peri foundation projects 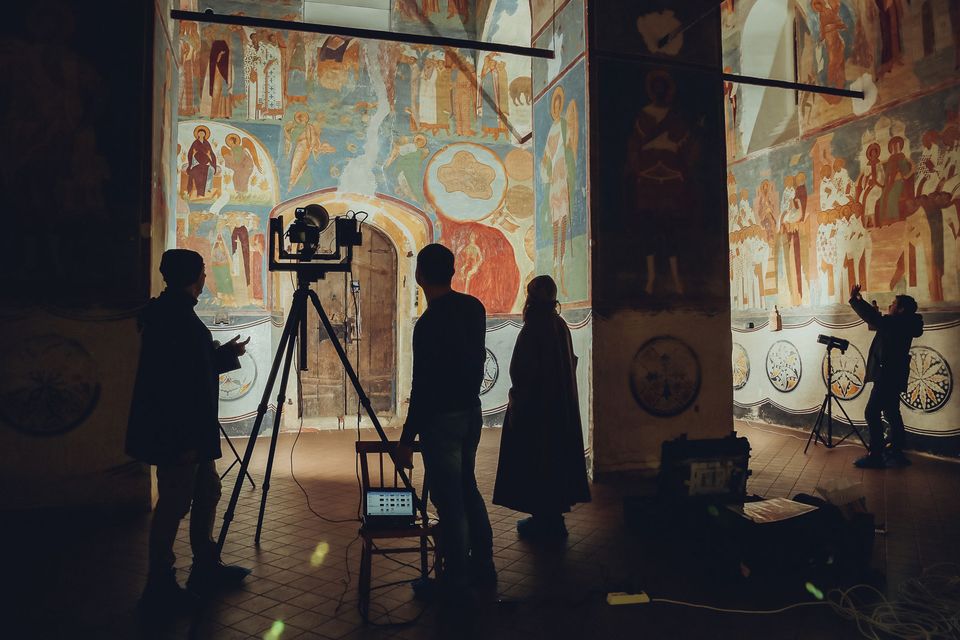 Ongoing The Peri Foundation is supporting the digital survey of early 16th-century frescoes by the icon painter Dionysius at the Ferapontov Monastery in northern Russia’s Vologda Region. 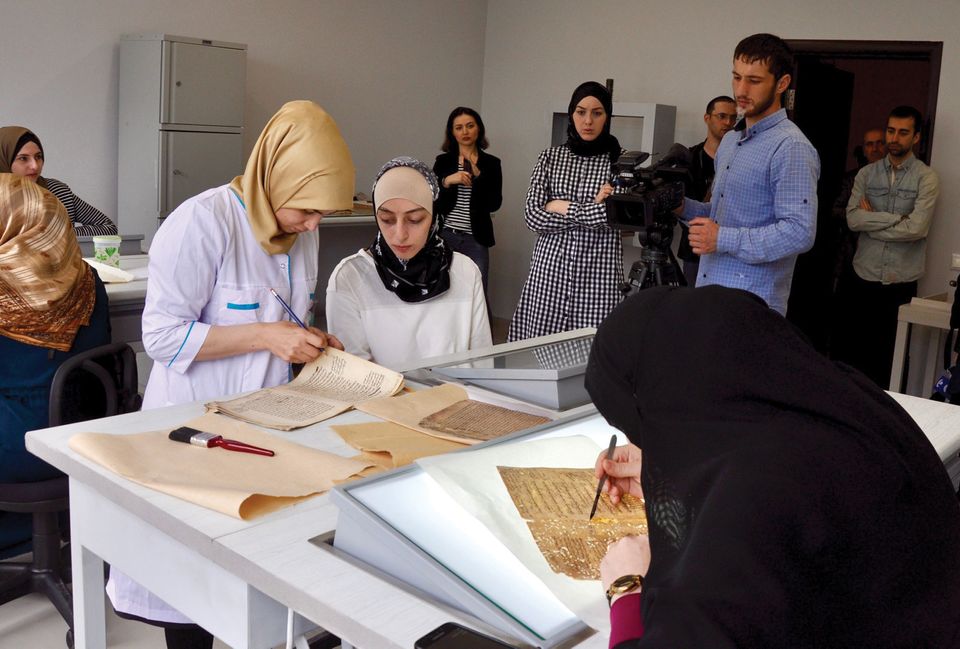 2018 Just days before Magomedov’s arrest on 31 March, the foundation presented the National Library of Israel with a digital file of the Pressburg Haggadah, an 18th-century illuminated manuscript. It is part of an ongoing project, funded by the foundation, between the Israeli institution and the Russian State Library to digitise the entire Günzburg Collection, a vast library of Hebrew manuscripts and books that has been held at the Moscow library since around 1920. Israel had long contested Russian ownership of the trove but signed an agreement with Russia last November, which will allow the public to access the works online. 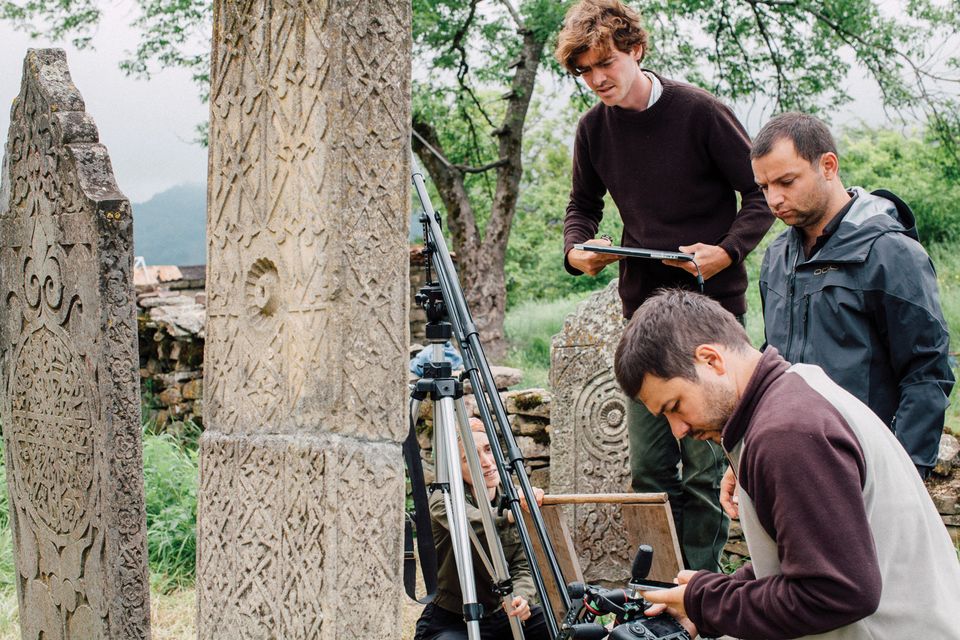 2017 The foundation funded the Reproduction of Art and Cultural Heritage (ReACH), a global initiative spearheaded by the Victoria & Albert Museum (V&A) in London that “explores how to rethink our approach to reproducing, storing and sharing works of art and cultural heritage,” according to the V&A website. “No further support for [this] programme is currently under discussion,” a V&A spokeswoman says.

The foundation funded the exhibition Words of Stones: an Experiment in Reading and Conveying the Legacy of Qala-Quraysh at the Hermitage Museum in St Petersburg. This consisted of 3D copies of gravestones from Qala-Quraysh, an ancient Muslim settlement in the remote mountains of Dagestan, and was the Hermitage’s first entirely digital show. It later ran at the V&A.

2015 In Derbent, an ancient city on the Caspian Sea, Peri has funded the creation of a museum and a creative technologies training centre for young people.

2013 The Summa Group sponsored the exhibition Treasures of the Royal Courts: Tudors, Stuarts and the Russian Tsars at the V&A in London. S.K.

Appeared in The Art Newspaper, 301 May 2018
More NewsTopicsLawFundingEducationVictoria & Albert MuseumRussiaFoundationsMoscow