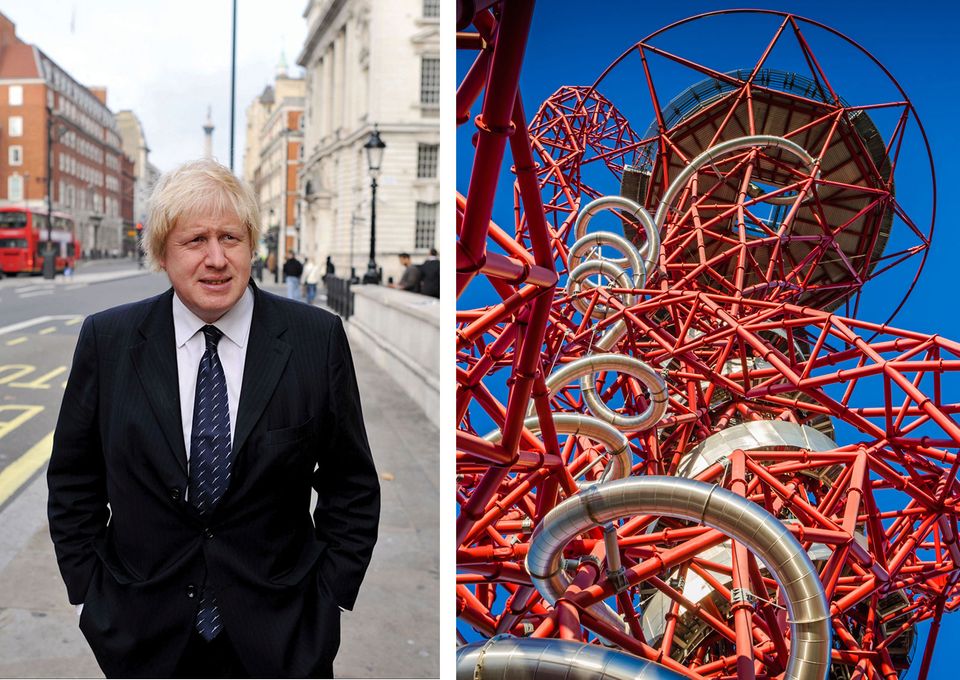 It was supposed to be London’s answer to the Eiffel Tower in Paris and the Statue of Liberty in New York. But the new British Prime Minister Boris Johnson’s flagship art project as London mayor, a 114.5m-high sculpture designed by the UK artist Anish Kapoor, did not quite turn out that way.

New figures released by the London Legacy Development Corporation (LLDC), the firm which runs the Queen Elizabeth Olympic Park in Stratford, east London, where the giant work is sited, show that it is £13m in debt and facing a sharp decline in visitors.

The accounts for 2018/19, published on 31 July, reveal that a £9.2m loan provided by the steel tycoon Lakshmi Mittal towards the construction of the work, known as the ArcelorMittal Orbit, has grown to £13m through the accrual of interest. The loan was to be repaid through ticket sales to the attraction, which has an observation platform and a wrap-around tunnel slide designed by the German artist Carsten Höller. But visitor numbers have been disappointing from the start and the sum repayable to Mittal has continued to grow since the Orbit opened permanently to the public in April 2014.

A spokesperson for the LLDC said that overall the sculpture “posted a loss of £58,000 in 2018/19. The visitor attraction market across London remains challenging and like many other attractions we are constantly reviewing the operation to find ways to increase revenue.”

Construction of the Orbit was funded with the £9.2m loan from Mittal’s company ArcelorMittal as well as a £10m gift from the firm and £3.1m from the public purse. It is part of the long-term development of the site which hosted the 2012 Summer Olympics.

Around 7 million people visit the Eiffel Tower in Paris every year, according to its website, while the Statue of Liberty in New York attracted between 4.2m and 4.5m annual visitors from 2014 to 2016 according to the US National Park Service.