The work invites members of the public to bring home and plant one of 439 small clay spheres, each with seeds inside 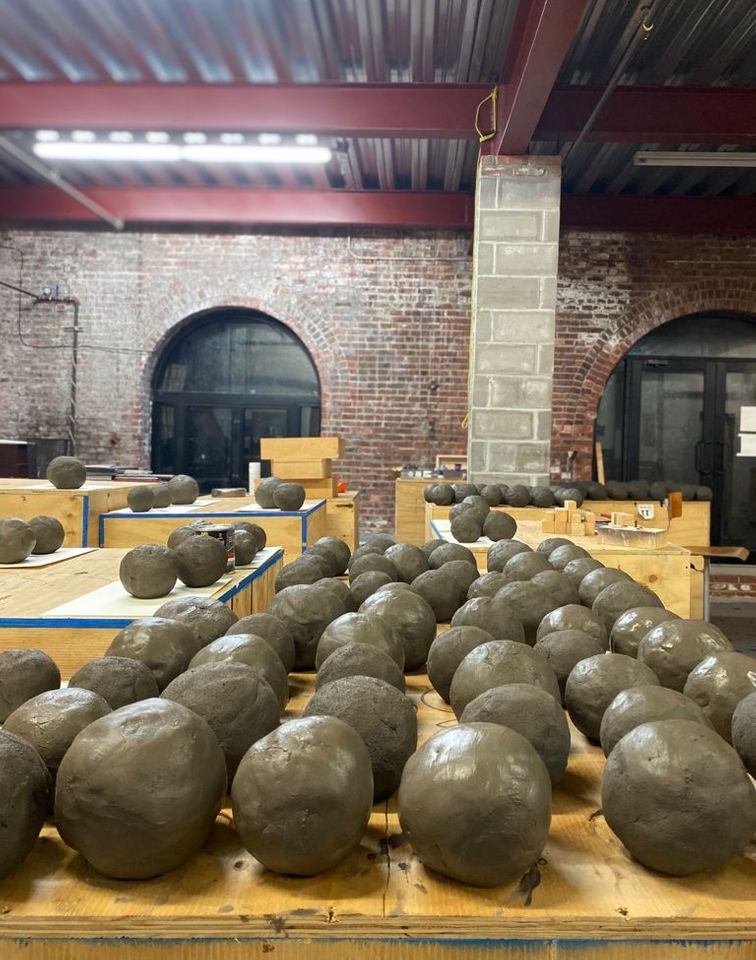 Bosco Sodi feels connected to the earth, and to the people who live here. His work reflects that. It is planetary. It has gravity. Atlantes, his site-specific work featured over 102,000 clay bricks, hand made by Sodi and a team of local craftsmen, fashioned into 64 massive 7ft cubes that were situated near the Oaxacan coast near Puerto Escondido, Mexico. Sometimes his work feels otherworldly, like Topographies, which uses sawdust, pigment, and clay to build intense, sometimes alien landscape-like works on canvas. But his work is always terrestrial. On 23 May, he is going deeper, underground—figuratively speaking.

With Tabula Rasa, a public artwork and performance held in New York City’s Washington Square Park, Sodi will bring his love of terra firma to Manhattan and invite people to take some of that passion home with them. Small clay spheres, 439 in total, each with a trio of seeds inside—corn, squash and bean—will be laid out in the park, one sphere for each day the coronavirus pandemic has seized the world. The plants grown from the seeds sustain each other, and members of the public, lovers of art and passers-by are invited to take one sphere home, plant it in the soil, and watch as the work comes literally into fruition.

“This past year has been a time of great reflection: how should the world change? What’s our approach to family, to nature, to other humans? What are our values and our approach to life?” Sodi told The Art Newspaper. “I thought it would be nice to make an exercise of reflection on the pandemic, but to try to make it something positive. The seeds represent that, and I believe it—in the end life will prevail.”

Tabula Rasa has roots in Sodi’s last public artwork, Muro, also held in Washington Square Park in 2017, which featured an 8m-high wall built out of 1,600 clay bricks. Sodi invited members of the public to take a brick home with them, effectively “tearing the wall down”. The project began as a political statement against then president Donald Trump’s boarder wall, but while Sodi’s motivation was political “some people had a completely different reading,” he says, “to them the wall wasn’t just political. It was about race, economics, gender.” Sodi, who works mostly with abstraction, says he learned a lot that day. “Even if you want to give a significance to your work, it never belongs only to your own reading. And that’s beautiful.”

The installation, which will begin at dawn and end as the sun sets, when the final sphere has been taken home, is meant to bring together the city’s diverse population and “work as beautiful exercise of reflection and new beginnings,” Sodi says. “Plus, if everything goes well, people will have two or three wonderful ears of corn to eat.”