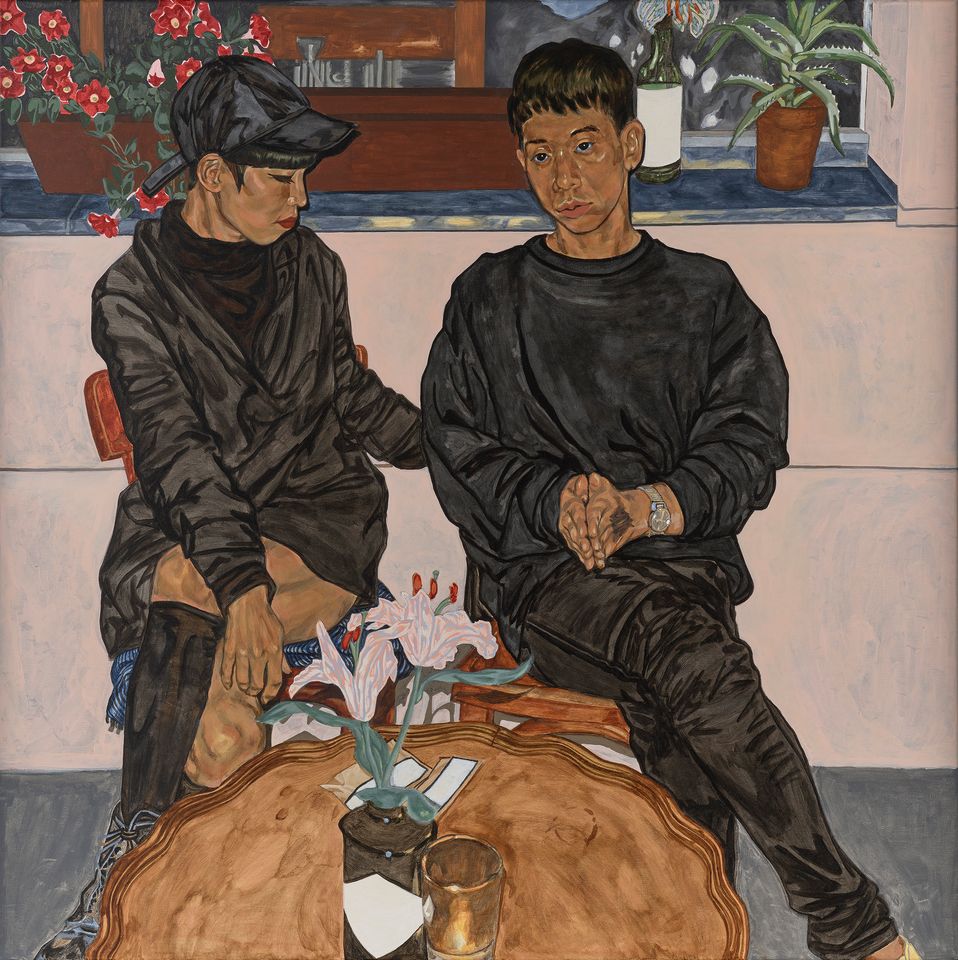 “Pleasing though paltry” is how the artist Gary Hume has described the oil company BP’s decision to withdraw from the judging panel for the BP Portrait Award—held at the National Portrait Gallery (NPG) in London—adding that the gallery should cut ties with BP altogether.

BP has sponsored the award since 1990, and has been represented on the judging panel for the past 23 years. The winner of this year's prestigious £35,000 prize is Thai-born Jiab Prachakul whose Night Talk piece (2019) depicts the artist’s close friends in a bar in Berlin. This year, the portrait award exhibition is displayed online because of the coronavirus outbreak.

A spokesperson for the NPG told the Guardian: “The judging panel is refreshed each year to ensure new perspectives are brought to judge the entries. The gallery and BP jointly agreed not to have a sponsor representative on the judging panel this year.”

Hume says in a statement: “The NPG should have bitten the bullet and used the opportunity of the prize going digital and the gallery closing for three years to cut its ties with BP, following the lead of other cultural institutions. The board need to realise that they are now seriously out of step, and damaging the NPG's reputation by maintaining a partnership with one of the world's worst polluters in the midst of a climate crisis.”

In a statement posted online, BP's chief executive Bernard Looney says that the company is working towards net-zero greenhouse gas emissions by 2050. “The world’s carbon budget is finite and running out fast; we need a rapid transition to net zero. We all want energy that is reliable and affordable, but that is no longer enough. It must also be cleaner," he says.

The National Portrait Gallery will temporarily close from 29 June to spring 2023 as part of a £35.5m redevelopment project called Inspiring People. “We are still considering options for our portrait competitions while building works take place on our Inspiring People redevelopment,” the spokesperson says.

Last June, several artists called on the NPG to drop the oil company’s sponsorship of the prize. In a letter to Nicholas Cullinan, the gallery’s director, Hume expressed “discomfort about continuing to have BP as the sponsor of the award”. Last year, National Galleries of Scotland announced that it will no longer host the BP Portrait Award exhibition.

Hume adds: “The Covid-19 pandemic has thrown the question of how we fund art into sharp relief. Rather than just continuing with the old broken models, this is a wake-up call to think very seriously about how we behave and to stop taking funding from huge contributors to the climate crisis.”