Brazil’s National Museum closes the year on a poignant note

With partnerships with the Smithsonian and Google as well as donations, the institution soldiers on 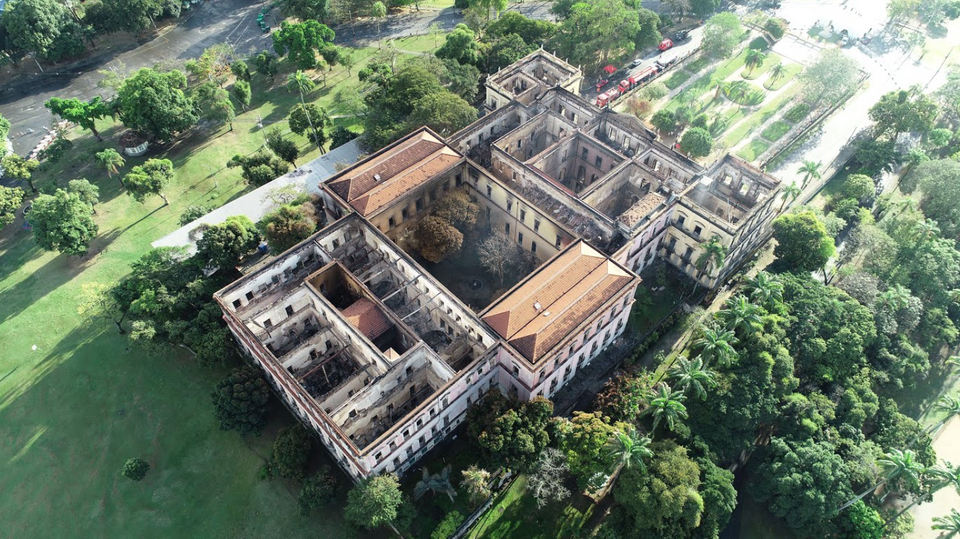 Fourteen researchers from the Federal University of Rio de Janeiro who lost their work in the September fire that gutted Brazil’s National Museum will have the chance to resume their research next year, thanks to an initiative announced today (17 December) that is being launched in partnership with the Smithsonian Institution, the Fulbright Commission, the US diplomatic mission in Brazil and the US Department of State.

The programme will allow the students access to the Smithsonian’s various research labs for a period of around 30 days in 2019. “We have lost part of our collection but not our ability to produce knowledge,” the museum’s director, Alexander Kellner, said in a statement. Kirk Johnson, the director of the Smithsonian’s National Museum of Natural History, added that the project would enable the students to “become the next generation of scientists and anthropologists”. Ten researchers will be based at the National Museum of Natural History and four at the Smithsonian’s Center for Folklife and Cultural Heritage.

Meanwhile, Google’s Arts and Culture platform has launched a digital replica of the lost museum that allows users to tour some of its publicly accessible areas through Google Street View, sampling parts of the institution’s 20-million piece collection of artefacts and scientific objects. Google began documenting the 19th-century former palace in 2016 with the federal university and the Brazilian Ministry of Culture, which manages the university museum.

According to a spokeswoman for Google, the collaboration is ongoing. “We’re still discussing how the museum would like us to participate in their future plans,” she says. The platform includes collection highlights and seven online exhibitions comprising more than 160 high-resolution images and descriptions (available in English, Portuguese and Spanish) of objects ranging from rare fossils to indigenous relics.

In a statement published last week, the Google initiative’s programme manager, Chance Coughenour, wrote: “Even though images cannot replace what has been lost, they offer us a way to remember.” He said, “Unfortunately, the destruction of collections like these reminds us of the diverse threats that exist to the world’s heritage—and how important it is to protect it.”

Earlier this month the Brazilian government approved a 56m real ($14.3m) tax amendment for 2019 to benefit the museum, and will give the federal university 2.5m reals ($640,000) toward its graduate programmes through a federally funded foundation called Capes that aims to support undergraduate and postgraduate institutions in the country.

The German consulate has also announced that it gave the museum €190,000 and that it plans to donate up to €1m over the next year to help the museum rebuild its infrastructure. As we reported in October, other governments and organisations have pledged to support the museum with loans and donations, including Unesco, which has given the museum 5m reals and plans to donate one item from each of its 140 Global Geoparks.

Since the September fire, researchers have collected more than 1,500 items from the rubble, including crystals, minerals and indigenous pre-Columbian objects from Brazil and Peru. Among the prized items salvaged was the skull of Luzia, the earliest human fossil discovered in Brazil, and the Bendegó meteorite, the largest one found in Brazil.