Museum has avoided transporting loans to and from Europe around 31 October “deadline”, but the last-minute extension to next January may cause shipping issues 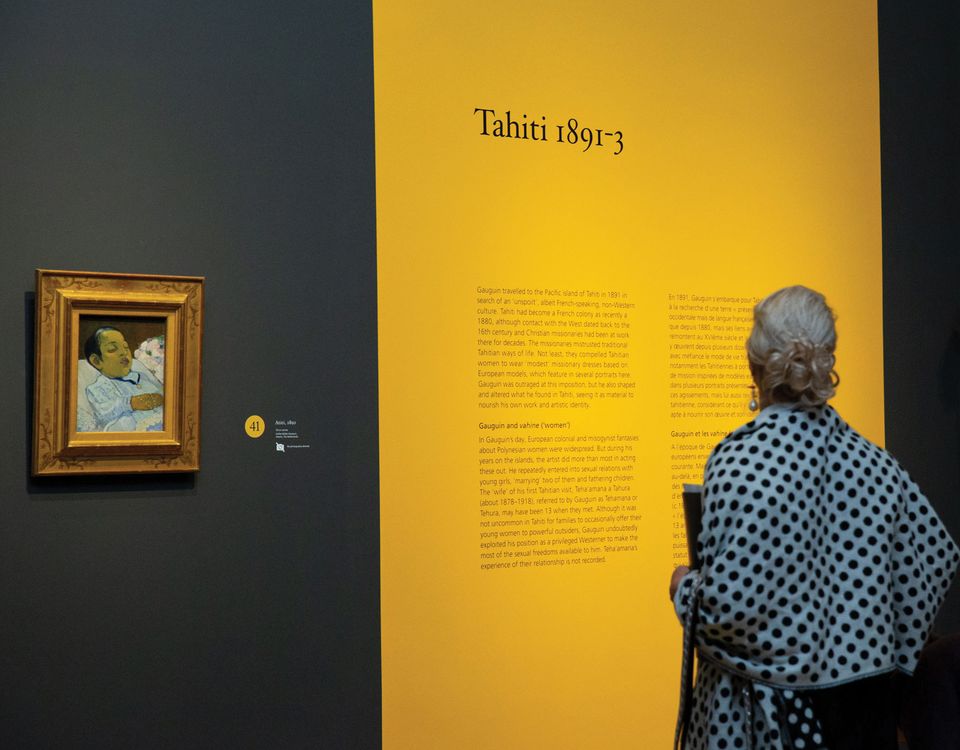 London’s National Gallery had timed its exhibition schedule to avoid transporting paintings to and from Europe around the time of the anticipated 31 October Brexit deadline—but this prudent move has raised potential problems because of today’s announcement of a likely extension until 31 January next year.

The gallery’s Gauguin Portraits show opened on 7 October, well before the expected 31 October deadline, to ensure that loans from Europe arrived smoothly without any Brexit difficulties. The problem now is that this exhibition is due to close immediately before the new January deadline.

Gabriele Finaldi, the director of the National Gallery, spoke with The Art Newspaper earlier this month, at a time when prime minister Boris Johnson was insisting that the UK would definitely leave the EU by the end of October. Finaldi told us: “We have tried to arrange our loans and exhibition openings and closures so as not to be near 31 October—to ensure that pictures will be in London before that date or a significant time afterwards. This is to ensure that all loans are transported without hindrance.”

The gallery had followed a similar policy in lending its works to European venues. For instance, the important Leonardo cartoon of St Anne was sent to Paris in good time for the opening of the Louvre’s exhibition on 24 October. The Art Newspaper understands that other major UK national museums have adopted similar policies, avoiding the transport of major works in late October and early November.

Finaldi said that the gallery had received advice from the government’s culture department, so his institution would be “Brexit-ready”. Speaking when the Brexit deadline was 31 October, he stressed that “I am quite confident that we can deal with the immediate situation”. The difficulty is that the government has now changed the likely Brexit date at extremely short notice, creating potential problems for museum exhibitions, which have their dates fixed long in advance.

The 31 January 2020 Brexit deadline is uncomfortably near the end of the Gauguin Portraits show, which is scheduled to close on 26 January. Deinstallation would normally take around a week, but even if loans from Europe were taken down off the walls as a matter of priority, they would not reach London airports or the Channel tunnel until a few days after the closure of the exhibition. The very last days of January might be the worst possible moment for transport, because of last-minute consigning of all goods by UK shippers trying to avoid possible delays which could follow in the immediate aftermath of Brexit.

The National Gallery may also face potential difficulties over its next major exhibition on the Dutch Golden Age artist Nicolaes Maes, which is scheduled to open on 22 February. Many of the key loans are expected to come from museums in the Netherlands.

But although the 31 January deadline may well stand, the complex political situation around Brexit, including a possible UK general election, means that the situation is unclear—and is likely to remain so for weeks. This makes it difficult for museums to follow government advice to be “Brexit-ready”.

Finaldi, like the overwhelming majority of his colleagues in the art world, is deeply concerned about the impact of Brexit. “I suspect there will be more costs for exhibitions and loans, with more paperwork”, he believes. But he insists that the National Gallery remains “very committed to continuing with its ambitious sharing of our collection and collaborations with other European museums.”