Last year, under the protection of Kurdish Peshmerga soldiers, the British artist Piers Secunda travelled to Iraqi villages recently liberated from Isis control. He made moulds of the bullet holes he found riddling the walls of the village buildings, and used these to create a series of plaster cast sculptures derived from ancient Greek and Assyrian reliefs. Around ten of these diptychs and triptychs are now on view at the Thomas Jaeckel Gallery in New York (6 April—6 May). This is the artist’s first solo show in the US and some of the proceeds will benefit the organisation Kind Aid International, which assists families in Iraq get medical assistance, water and food. The Art Newspaper spoke with the artist about the project, which he says aims to address the effects of violence on cultural heritage sites in the Middle East and around the world.

How did this project start?

The first "shot" works were made in late 2009 in Pudong, southern Shanghai, on a People's Liberation Army Firing range. A Latvian friend who spoke perfect Chinese talked us through the gates of the firing range and, after plying the soldiers with many cups of tea, cigarettes, pot noodles and flattery, she challenged some of the soldiers to do some target shooting to prove who had the best shot. Everyone hit the bullseye and my friend asked the soldiers to shoot sheets of paint that I had “to see what happens, for fun”, and they obliged.

The bullet holes were fist-sized, flower-like shatters—remarkably beautiful and really belying the severity of their making. I knew immediately that there was some strong work to be made with this subject matter. I looked around for people who could help me make more shot works and in due course ended up in Afghanistan, thanks in part to a press agency that had direct contact with the Taliban. 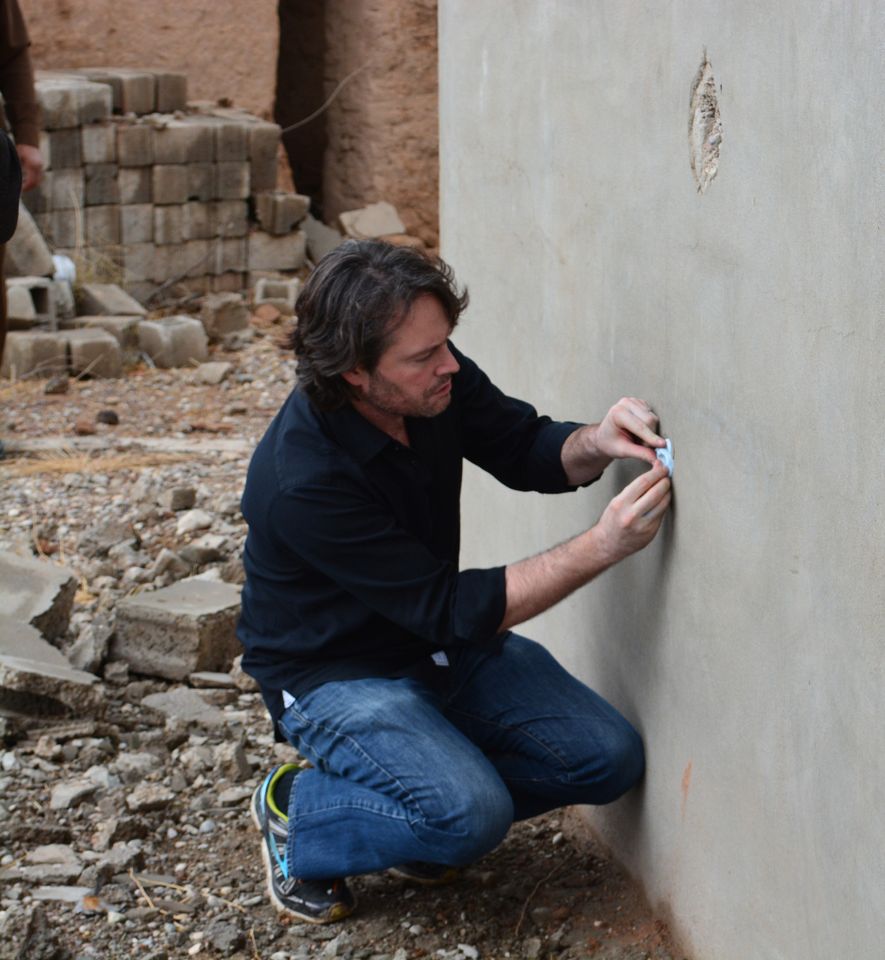 What are some of the places you visited?

The first village we stopped in was called Tel Arabaa. The first holes that I moulded are from the last standing structure in a school building complex that had been a regional base for Isis. We were about 500 meters from the front line with unspent Isis mortars on the ground a few feet from the holes that I was moulding. I was cautioned to be mindful of where I was stepping. When the wind changed direction and blew towards me, I could smell the decomposing bodies of Isis soldiers under a collapsed building behind me.

The second village we stopped in was called Abu Hamed. While I was moulding some bullet damage, an explosion occurred on the road that we had driven in on, so when we drove back, we passed a steaming crater on the side of the road that wasn’t there before. The Peshmerga looked at it casually as we drove past. At another point in the journey when we stopped at a front-line base, we asked a Peshmerga commander, “Where is Isis?” He pointed at a large earth embankment about 40 yards away and said, “Behind that”.

The biggest challenge was safety. We stopped at a few check points on the way out to the front line and they became more and more improvised—the last one was a small concrete box with sandbags all around, heavy machine guns and a Kurdish flag snapping in the wind. The Peshmerga spent some time loading up on ammunition, magazines and flak jackets in the SUV as we neared the front line. Getting out of the car in the village under those circumstances was intimidating. 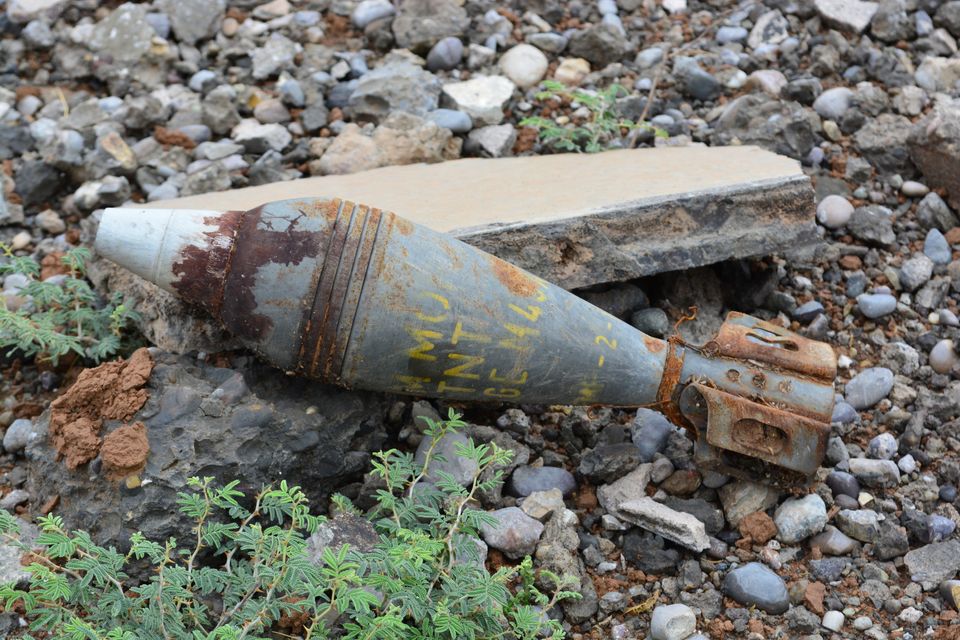 You say you don’t see using bullet holes as a political statement. What kind of message do you hope to deliver with the project?

I wanted to introduce the "texture" of geopolitics into the works and bring the machinery of the world outside of the studio into my practice. There is material from ancient Syria, Egypt, Iraq and the Roman Empire, as well as a few small Medieval European casts. The intention is to make an accurate record of the damage left behind—or as accurate as possible, because there is always someone closer to the situation who knows and understands it better. The forensic-quality reproductions of the bullet damage—a type of 3D photorealism—carry some of the most extreme violence of our times.