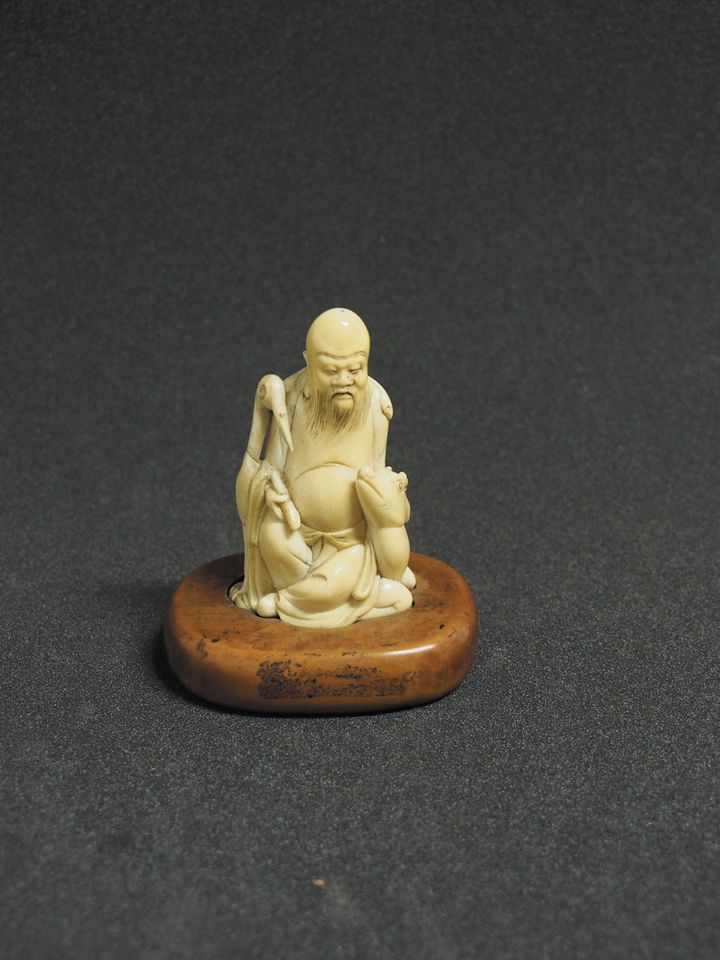 Carved ivory figure of Shouxing, the star god of longevity, with a deer and a crane The Trustees of the British Museum

The British Museum has accepted a donation of 556 ivory items, which have been given by the Sir Victor Sassoon Chinese Ivories Trust. They were collected between 1915 and 1927 by Sassoon, an Italian-born Iraqi Jewish businessman who was brought up in England, but spent most of his life in India and China, eventually dying in 1961 in the Bahamas.

The Chinese ivories, which date from the second millennium BC to the very early 20th century, include Buddhist and Daoist figurines and scholars objects, such as brush pots and table screens. A few are on display in the British Museum’s newly renovated Hotung Gallery and the remainder can be seen by appointment.

In the early 1950s Sassoon offered his collection to the museum but it was not accepted, partly because he demanded a dedicated display room.

This year’s donation comes just before the introduction of tough new UK regulations on the ivory trade, which are currently before parliament. The next move is the report stage of the bill in the House of Commons on 4 July. Under the new law, museums will be exempt and able to acquire historic ivory items, so the timing may be coincidence.

The British Museum’s director, Hartwig Fischer, is vigorously defending the trustees’ decision to accept the Sassoon ivories, stressing that his institution favours “banning the trade of ivory worldwide”. He points out that the Sassoon pieces had been acquired a century ago and that it is vital for important historic material to be in museums. Fischer says the Sassoon acquisition “will make the British Museum a global centre for the study of ivories”.