Eight vessels from the Archaeological Museum of the American University of Beirut will undergo conservation thanks to €25,000 grant from Tefaf fund 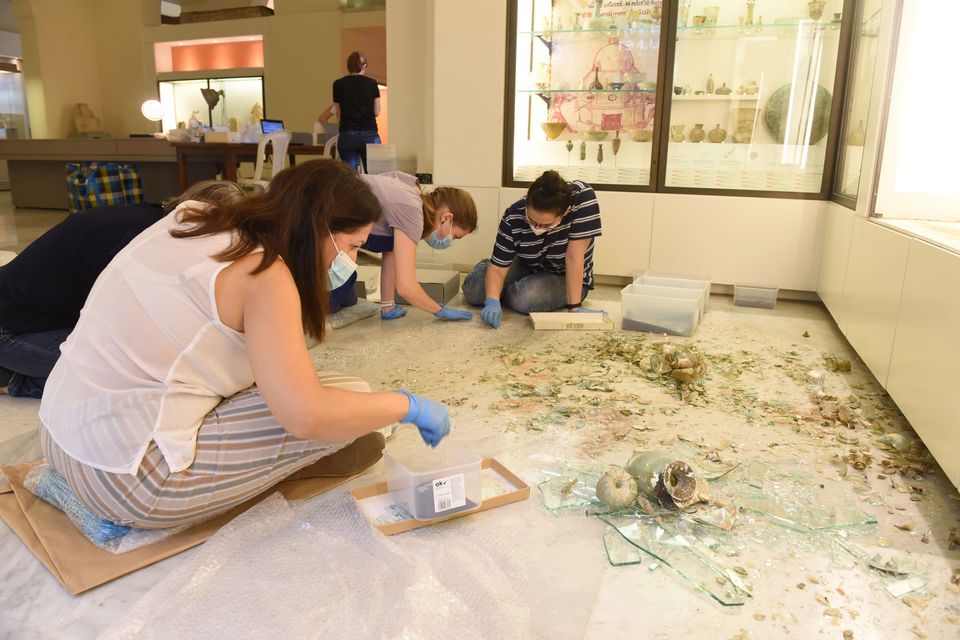 Eight ancient glass artefacts that were shattered in the deadly explosions at the port of Beirut on 4 August 2020 are to be painstakingly restored by the British Museum thanks to a €25,000 grant from Tefaf’s annual €50,000 Museum Restoration Fund.

Amid the wreckage caused by the massive chemical blast was a vitrine of 74 glass objects toppled at the Archaeological Museum of the American University of Beirut (AUB), 4km west of the port. Dating from the Roman, Byzantine and Islamic periods, most of the vessels were “shattered beyond repair”, according to a British Museum press statement, and only 15 have been “identified as salvageable”.

Led by Claire Cuyaubère, a conservator from France’s national institute of cultural heritage, the Archaeological Museum’s staff retrieved hundreds of shards from the debris of the display case and the surrounding windows. Cuyaubère returned to Beirut this month to conduct the “puzzle work” of matching up the fragments, supported by the Friends of the Middle East Department at the British Museum. She has identified eight vessels robust enough to be transported—in pieces—to the London institution’s conservation laboratories. 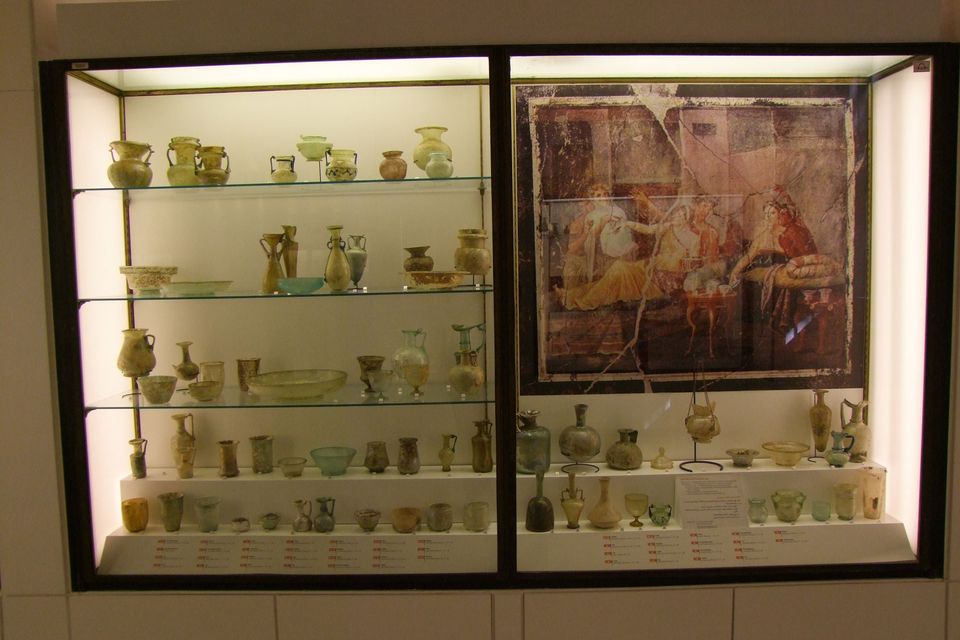 The artefacts for repair attest to the development of glass-blowing technology in Lebanon in the first century AD and comprise four rare bowls, a perfume flask and a beaker from the imperial Roman period (first to third century AD); a Byzantine jug (fifth century); and an elite Islamic lustre flask (seventh to ninth century) decorated with silver and copper pigments that was probably imported from Syria or Egypt.

“It will take about four months of concentrated work at the British Museum to restore these eight vessels,” a spokesman says, citing the conservation team’s expertise in Roman glass. “The shards of the vessels will be very carefully bonded together with conservation-grade adhesives. Sections are very gradually built up until the remains of the vessel are in one piece.” 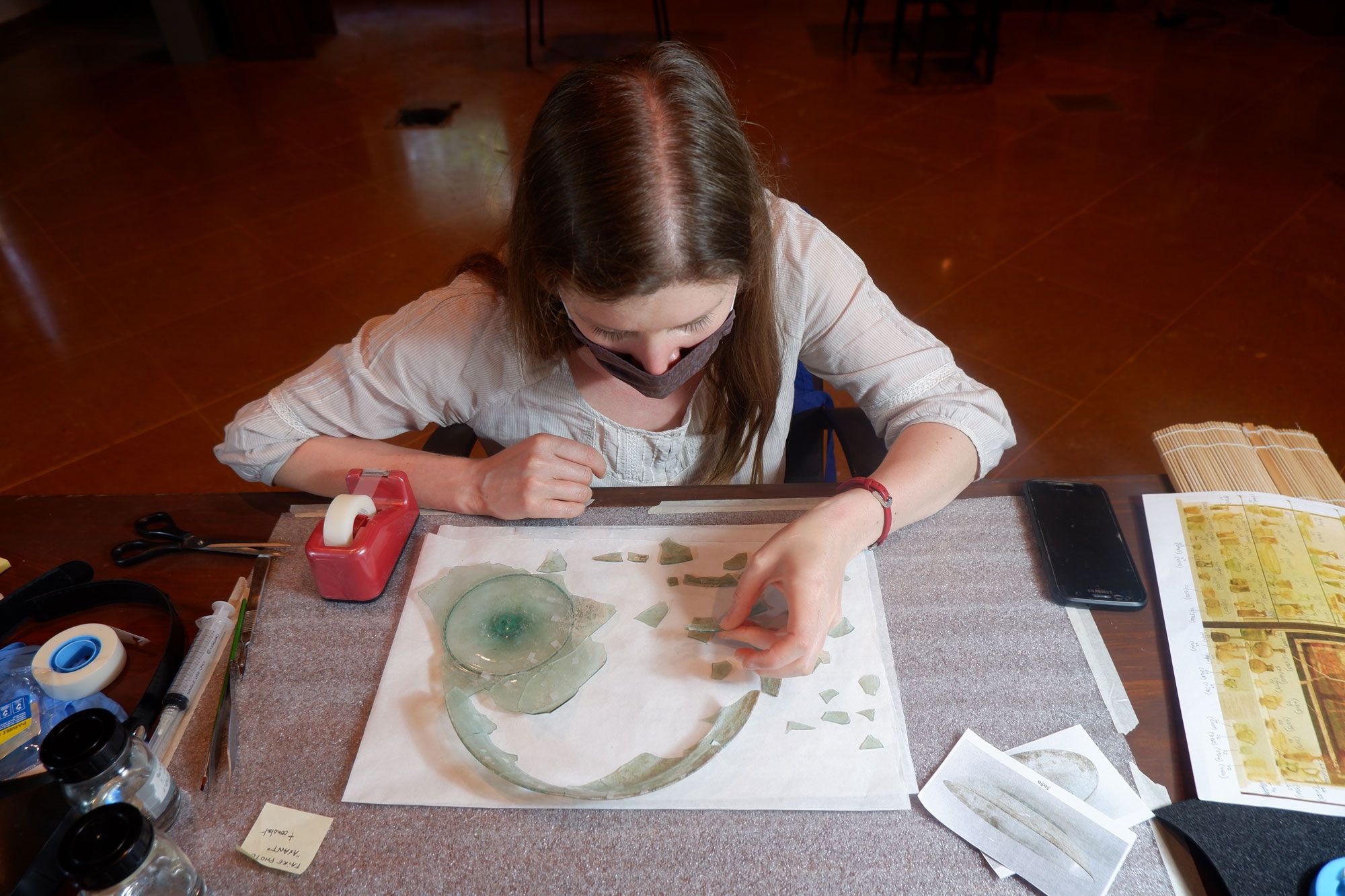 Once restored, the objects will go on temporary display at the British Museum before returning home. Meanwhile, the seven vessels deemed too fragile to travel from Beirut will remain in storage “until the AUB Museum has the resources and skills to undertake conservation in collaboration with international support”, he says.

The British Museum pledged to assist colleagues in Beirut immediately after the explosion, says its director, Hartwig Fischer, and is now “pleased to be able to provide the expertise and resources… to restore these important ancient objects so they can be enjoyed in Lebanon for many more years to come”.

Tefaf’s chairman, Hidde van Seggelen, says the fair is proud to support the restoration through its grants programme, describing it as “a powerful symbol of healing and resilience after disaster”.