British Museum to borrow the Nebra Sky Disc, the oldest portrayal of the cosmos 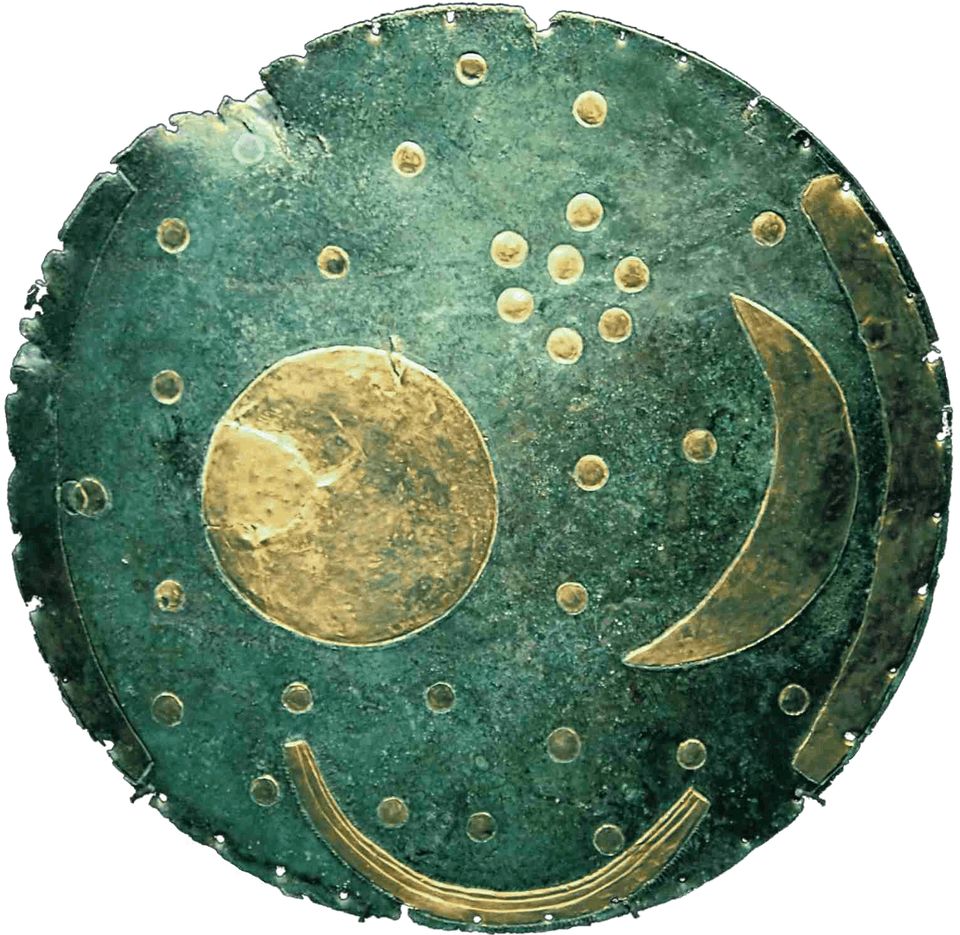 The British Museum is due to borrow the Nebra Sky Disc, the oldest known concrete portrayal of cosmic phenomena, for an exhibition it is planning in cooperation with the museum of prehistory in the German city of Halle.

The Bronze-Age disc showing the sun, moon and stars was ritually buried around 3,600 years ago near Nebra in the German state of Saxony-Anhalt and dedicated to the gods. Now considered one of the most important archaeological finds of the 20th century, it was first illegally excavated by treasure-hunters in 1999, then seized by police in 2002. Beyond its significance for archaeologists, it is a key find for astronomy and religious history.

The exhibition will present research into the Nebra sky disc over the past 20 years and will include objects from the British Museum’s collection as well as other new finds from Saxony-Anhalt, according to a press release from the Halle Landesmuseum für Vorgeschichte.

“It has been possible for scholars to build a picture of a complex early Bronze-Age society,” says Harald Meller, the director of the museum. “No one previously suspected that such an extraordinary culture flourished here in the heart of Europe.”