British Museum to send star objects to the Gulf

The British Museum’s plan to lend 500 objects to Abu Dhabi for five years has expanded to include highlights of the London institution’s collection—and we can now reveal the list of objects that the museum has earmarked to send.

The loans are to the Zayed National Museum, which is due to open in 2016. The British Museum will get a substantial fee, although it has declined to reveal the amount.

The museum initially planned to send objects from its stores, excluding works that were on display or were likely to be shown. But the loans now include important pieces that the museum classes among its 5,000 “highlights” (these items are lent to international exhibitions, but nearly always on a short-term basis, usually three to six months). Critics are likely to ask whether so much should be lent to the Gulf for so long.

Specific items include two pieces from the Oxus treasure (fourth to fifth century BC): a ceremonial gold sword-sheath and a silver statuette of a Persian king, discovered in the 1870s on what is now the border between Tajikistan and Afghanistan. The list also includes a Cycladic figure of a woman (2600-2400BC), a Sasanian silver bowl depicting King Bahram Gur hunting lions (fifth to seventh century BC), an Achaemenid silver bowl from Anatolia (fifth century BC), an Egyptian mummified falcon (Ptolemaic), a Gandhara stone Buddha (second to third century), two Palmyran funerary busts (AD150-200), a Herat brass ewer from Afghanistan (late 12th to early 13th century) and a set of ten drawings (1532-43) by Hans Holbein the Younger, featuring pearls from the Gulf. 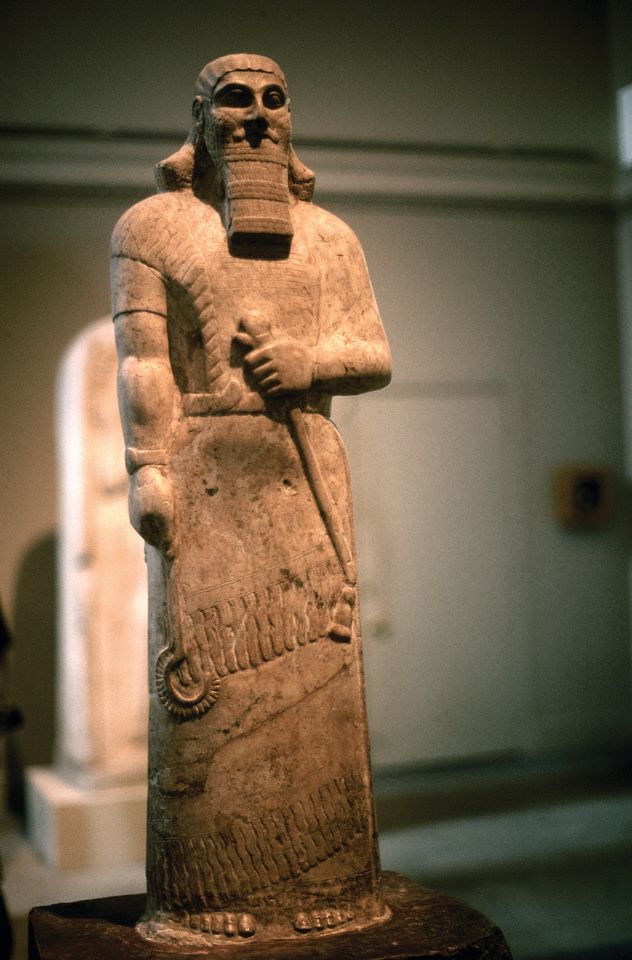 One of the Assyrian reliefs that will go to Abu Dhabi. Photo: Alinari/Alinari Archives, Florence; Alinari via Getty Images

Seven of the objects were acquired with money from the Art Fund. The museum will presumably need the UK charity’s agreement to lend them for five years, since it is hard to argue that the objects are accessible to the UK public in Abu Dhabi, which is 5,500km away. A spokeswoman for the Art Fund says: “We are in close dialogue with the British Museum regarding the future display plans of all Art Fund-assisted objects in its collection.” These include an early Iron Age jar from present-day Iran, donated through the Art Fund in 1995, a silver bowl (464-424BC) inscribed to the Achaemenid King Artaxerxes I, acquired in 1994 for £150,000, and the Barber Cup (AD50-100), a Roman decorated fluorspar vessel from Turkey, bought for £150,000 in 2003.

The most valuable of the British Museum’s proposed loans are from Assyria, in present-day Iraq, an area now mainly occupied by Islamic State (IS). These include seven Assyrian reliefs, similar to those destroyed by IS in Nimrud in April. One is the world’s finest single Assyrian panel: the Banquet Scene (645-635BC) depicts King Ashurbanipal and his queen in their garden, enjoying harp music. Another depicts an eagle-headed sage (875-860BC); acquired in 1907, it came from Nimrud’s North West Palace, which was blown up by IS. The other reliefs include a set of three important depictions (660-650BC) of the Battle of Til-Tuba.

These loans have already left large gaps on the walls of the British Museum’s Assyrian galleries, which have changed little since they were established in the 1850s. The reliefs have been removed and placed in a temporary store, so they will be off display for two more years. Abu Dhabi will also receive other important antiquities from Iraq, probably including a Nimrud statue of Ashurnasirpal II (883-859BC), a unique example of a complete (but now fragile) Assyrian sculpture in the round, and a Parthian gold face mask from Nineveh (around second century).

The Assyrian loans appear more questionable given the recent destruction of antiquities in Mosul, Nineveh, Nimrud and Hatra, which means that remaining masterpieces from northern Iraq are even more important and valuable. The terrorist attack on the Bardo National Museum in Tunis, carried out by allies of IS in March, also raises concerns as to whether pre-Islamic material is more vulnerable in the Muslim world than in London. These questions will have to be addressed by the British Museum’s trustees when they decide whether to give final approval for the loans.

Gaps in the galleries?

Many of the loans comprise Islamic material, and it is feared that this will have a damaging impact on the British Museum’s new galleries. In March, the institution announced plans to move its Islamic display to a larger space on the main visitor route. This is due to open in 2018, and staff are now discussing what should be displayed where. For example, should a silver inlaid celestial globe (1271) from Mosul be in London or Abu Dhabi?

The Zayed museum, designed by Foster + Partners, is being built on Saadiyat Island, near the Louvre Abu Dhabi and the Guggenheim Abu Dhabi. It will cover the history of the region and the achievements of Zayed bin Sultan Al Nahyan, the ruler of Abu Dhabi from 1966 until his death in 2004 and the president of the United Arab Emirates from 1971. A spokesman for the Zayed museum says that it will open next year, but the fact that the loans are planned for 2017 suggests a potential further delay (in 2009, it was scheduled to open by 2012). Under the 2009 contract, the British Museum is providing technical assistance and loans.

The London institution generally makes loans free of charge, although some international loans and touring shows are subject to a fee. The scale of the proposed loans is partly the result of the financial pressure faced by the museum after the UK government’s cuts to its subsidy. Further cuts are likely following last month’s general election.

A spokeswoman for the British Museum says: “We have not yet begun discussions with Abu Dhabi about which objects may be loaned and for how long. The objects under reserve are part of a preliminary pool of objects that are to be considered for loan. The trustees are always conscious of the balance to be struck between displaying objects around the world and having them available to study in Bloomsbury.”

A group of French institutions, led by the Louvre in Paris, has promised 300 objects to the Louvre Abu Dhabi. These will be lent for between three months and two years, for a substantial fee.