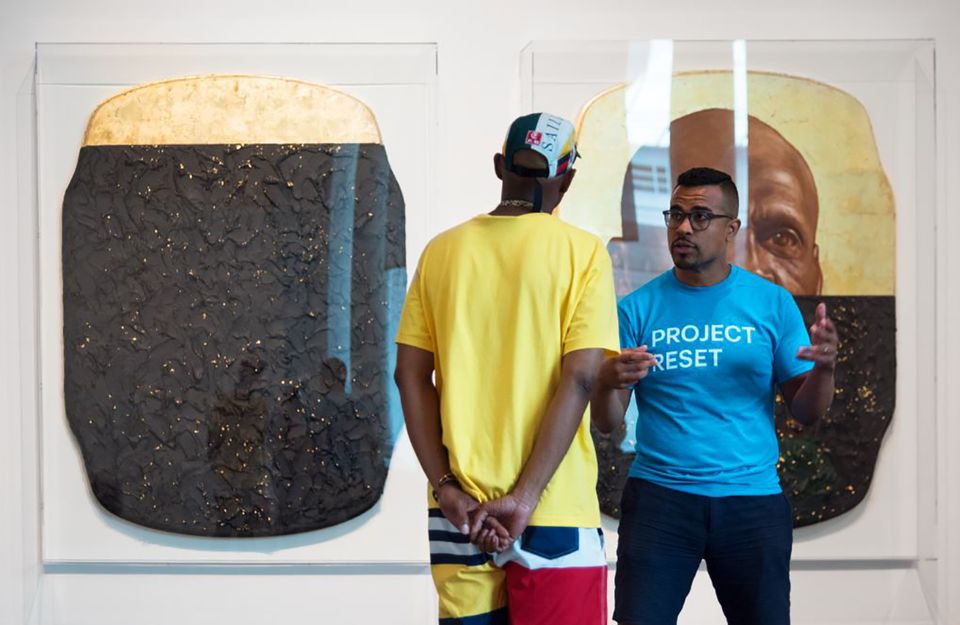 A new programme called Project Reset is allowing perpetrators of minor nonviolent offenses to avoid having to appear in court by taking a two-hour art class at the Brooklyn Museum instead. Offenses that are eligible include fare evasion, shoplifting, graffiti, possession of drug paraphernalia and other misdemeanors listed here. The project was conceived by the Brooklyn district attorney, Eric Gonzalez, and is coordinated with Brooklyn Justice Initiatives, a programme of the nonprofit Center for Court Innovation.

“It’s about holding people accountable, but doing it in ways that promote human dignity,” Gonzalez said at a press briefing. “It requires individuals to view and discuss a piece of art with people they don’t know. They’re asked to create their own art, to think and find meaning in that art, to think what abstract concepts of justice, accountability and harm look like.”

Gonzalez says that current methods of handling low-level offenders “are not very meaningful interventions. They don’t provide folks with any tools to actually reflect on the conduct that got them arrested in the first place, and they don’t give them any tools to prevent them from avoiding those mistakes. Project Reset is different. The goal is to transform low-level arrests into meaningful opportunities for justice-involved individuals to improve their lives and avoid future arrests and entanglement with our justice system.”

Two courses created specifically for Project Reset are being offered at the Brooklyn Museum—one for participants up to age 25 and another for those 26 and up. Each course is two hours long and will involve viewing, analysing and discussing a work of art from the museum’s collection in a group setting. Each discussion will be led by a teaching artist who deals with themes of social justice in his or her own practice. Participants will then work independently to create their own works of art in response to the discussion.

“It is my hope that this project helps us to reimagine what criminal justice reform can look like, by emphasising the potential that art holds for igniting critical self-reflection, inspiration and creative expression, as opposed to a purely punitive approach,” says the museum's director of education, Adjoa Jones de Almeida. “Some of the responses from participants so far have been truly amazing to witness.”

“In one recent session I observed,” she adds, “participants who had previously known nothing of each other walked away from a two-hour experience having shared tears, struggles, and deep reflections on their personal paths.”

A press release for Project Reset details how the project aims to create a proportionate response to low-level crime. Rather than entangling young people in the criminal justice system, the project will promote the goal of “holding young people accountable for their actions and connecting them with needed social services while avoiding the use of incarceration and the potential harms associated with standard case processing”.

Since the launch of the program in May, 182 people have completed Project Reset and had their cases dismissed. It is estimated that more than 1,000 cases are eligible annually.

“As a bonus, people who probably never had an opportunity to come into this cultural institution are exposed to the art here,” says Gonzalez, who spoke in front of the Brooklyn Museum. “And upon completion, they’re allowed to come back for free.”