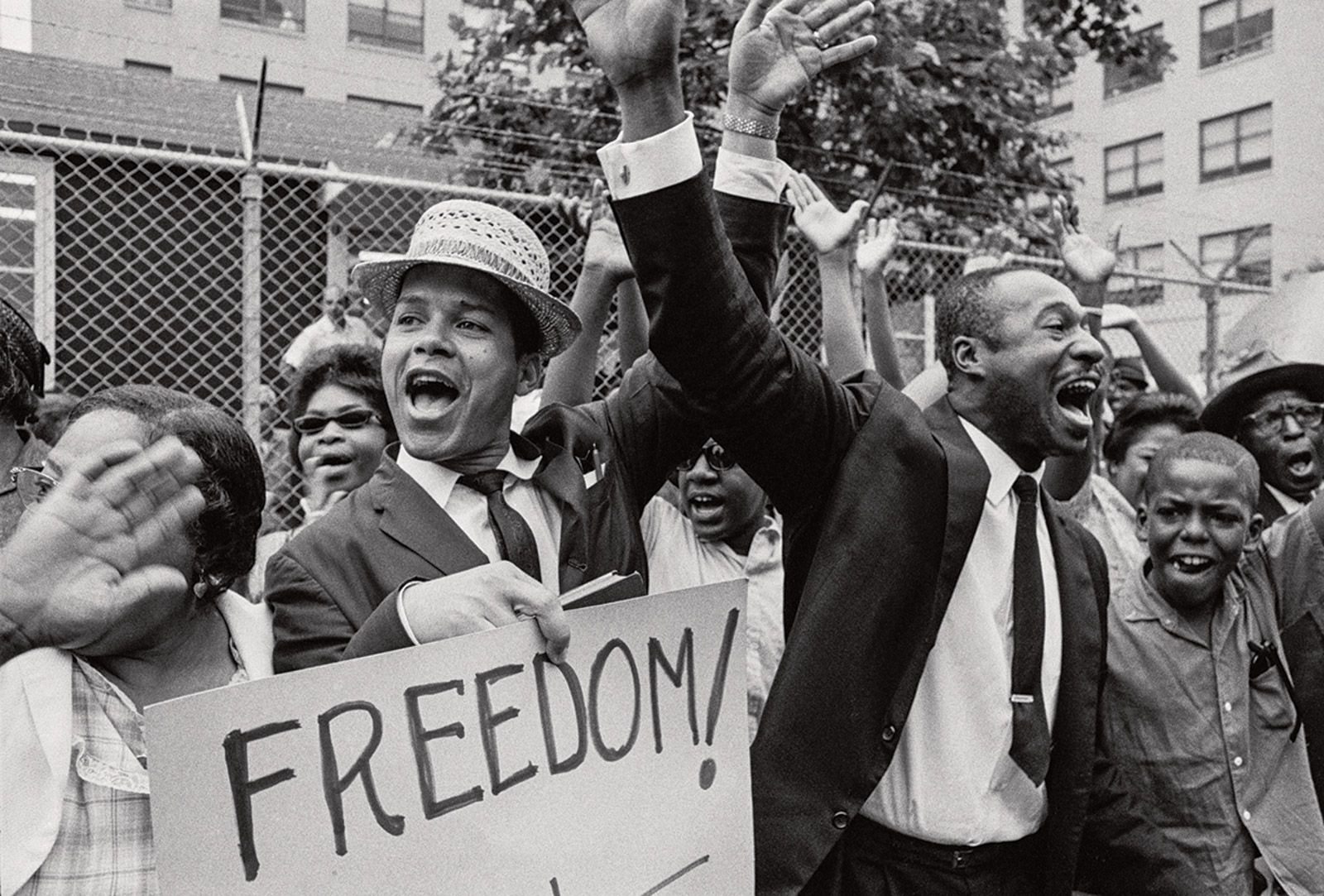 On Juneteenth—19 June, the now official federal holiday marking the end of slavery in the US—the Center for Brooklyn History (CBH) is launching an initiative that explores the past and present history of racial protest in the New York City borough, from the Civil Rights Movement to the Black Lives Matter era.

Brooklyn Resists is a hybrid series of in-person and online installations and programmes that draw on the centre’s collection, which contains thousands of pieces, including archival items related to the abolitionist movement in Brooklyn, and ephemera connected to notable Brooklyn-based activists. It also includes contemporary images and objects, some of which were crowd-sourced from the community as protests erupted last year, following the police killings of George Floyd and other Black Americans. Photographs from the collection will be projected onto the façade of the CBH building on Pierrepont Street in Brooklyn Heights on the project’s opening night.

The initiative also includes a new commission by the artist Chloë Bass, The Parts. The installation, originally created on Instagram, involves images and personal texts by the artist that reflect on the events of the past year, which will be displayed on the exterior of the Brooklyn Central Library at Grand Army Plaza, and across from the CBH building.

A full programme of events is due to be released in the coming months, but one highlight of the initial roster is a lecture on the history of protest art by the writer and Harvard University professor Jesse McCarthy.

The newly-formed centre is the result of a merger that was finalised in October last year between the Brooklyn Public Library’s (BPL) Center for Brooklyn History and the Brooklyn Historical Society. The merger “combines the library’s focus on access and outreach with what was once perceived as an elite institution reserved for scholars”, says Linda Johnson, the president and chief executive of the BPL.

The institution will aim to “democratise access to our combined collections during a time when there’s heightened interest in racial history and what the US has been through in the past 400 years”, Johnson says. Part of that process involves eliminating the centre’s $10 entrance fee, sending works in the archive to libraries in other boroughs, and continuing to digitise the collection.

Libraries in New York fully reopened to the public last month after more than a year of closure due to the pandemic. “As people marched last summer—and emerged from a long isolation—I noticed all generations gathering on the steps of libraries and museums, meeting with neighbours and sharing ideas about what was happening around them,” Johnson says. “These institutions are the town square, and must work to not just preserve our past but actively create an archive of the present to underscore that there is a continuum of resistance—in Brooklyn and elsewhere; it’s not episodic.”