New laws are needed for private museums to outlive their founders, collector says 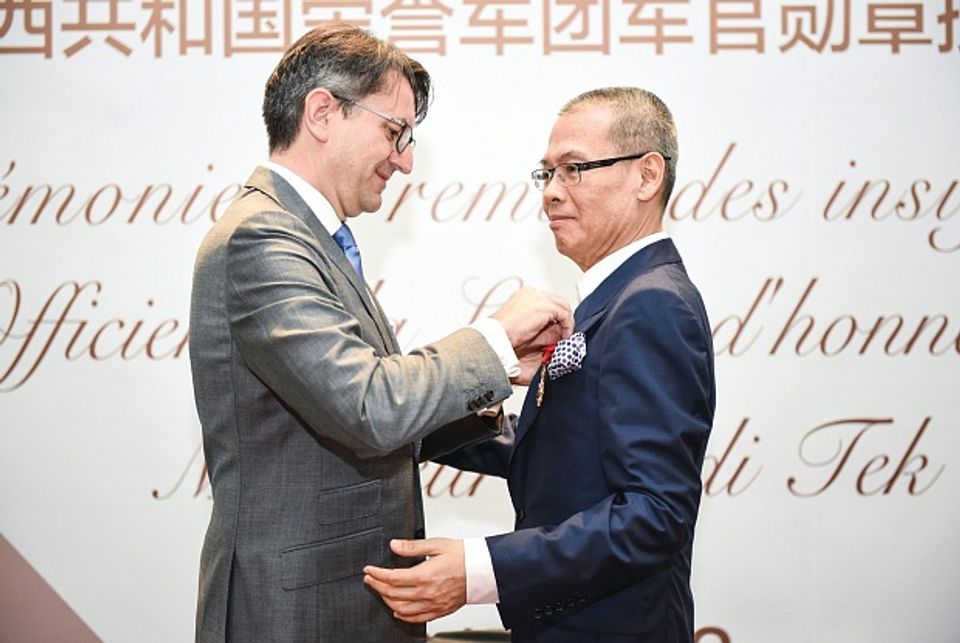 Not content with opening Shanghai’s Yuz Museum in 2014 or last month receiving the Legion d’Honneur, Budi Tek is seeking to overhaul the legal framework for China’s fast-proliferating private museums. The Indonesian-Chinese collector and poultry magnate is appealing to the Chinese government to turn the Yuz—and a planned second location—into fully fledged public institutions. “I am still full of ambition. That’s what’s keeping me alive—and thinking positively,” says Tek, who was diagnosed with pancreatic cancer around 18 months ago.

Though the Shanghai museum has non-profit status, it is run by a private foundation based in Hong Kong, Tek says. Going public will require him to establish a registered foundation in mainland China. In theory, this will allow the Yuz to “invite trustee members to join the board, like foundations in the United States”, Tek says. “But that system is not yet widely available [in China].”

China makes a clear distinction between public museums that operate under the auspices of the state and private museums run by individuals (Chinese or foreign), or companies (whether state or private enterprises). The law makes little provision for private museums to succeed their founders. Tek wants to separate the Yuz from his personal estate that will pass to his large family and hopes to transfer legal ownership of the museum to a foundation with a board of trustees. “We have a lawyer and a government representative,” he says. “We are now searching for the right directions.”

Tek’s appeal is supported by the museum’s landlord, the state-owned West Bund Group, which is developing Shanghai’s waterfront “cultural corridor” on behalf of the Xuhui district. “They are now pushing for the government to recognise that the museum industry is getting bigger,” he says. “You need proper infrastructure.” Tek, who has been a vocal promoter of the West Bund project, adds: “This is also in their interest, to attract more and more museums to the West Bund Cultural Corridor.” The group is currently finalising a five-year renewable deal with the Centre Pompidou in Paris to open a Shanghai outpost.

Questions remain over the timing of the Yuz Museum’s transition. “If you ask me how long, I say it will take maybe months, maybe years, hopefully not decades,” Tek says. He is reluctant to go public under the current system, in which foundations and NGOs are subsidiaries of the state-controlled China Charities Foundation. “We are waiting for an infrastructure that can ensure the museum belongs to society, not the government.”

Due to his health, Tek has put on hold his ambitious plans for Budidesa, an art park in Bali, and a Picasso exhibition at the Yuz in collaboration with the Musée Picasso Paris. The museum is, however, in talks to host Anselm Kiefer’s first official solo exhibition in China. (The German artist and his dealers contested an unauthorised show of his works at the Central Academy of Fine Arts in Beijing last November.)

Tek also aims to open a second Yuz venue for his collection, possibly a gallery within a larger institution. He is considering options in Guangzhou, Shenzhen, and in Shanghai’s Pudong and West Bund areas, though he says the available venues are “not ideal solutions, so we are still discussing and looking”.

The search is also on for trustees to join the future board of the Yuz. Tek welcomes international and Chinese members “or even aliens, if they can donate”, he jokes. “We welcome help from all over the world to become part of the museum movement in China.”