Building on credit: why museums like Lacma use bonds to fund ambitious expansions 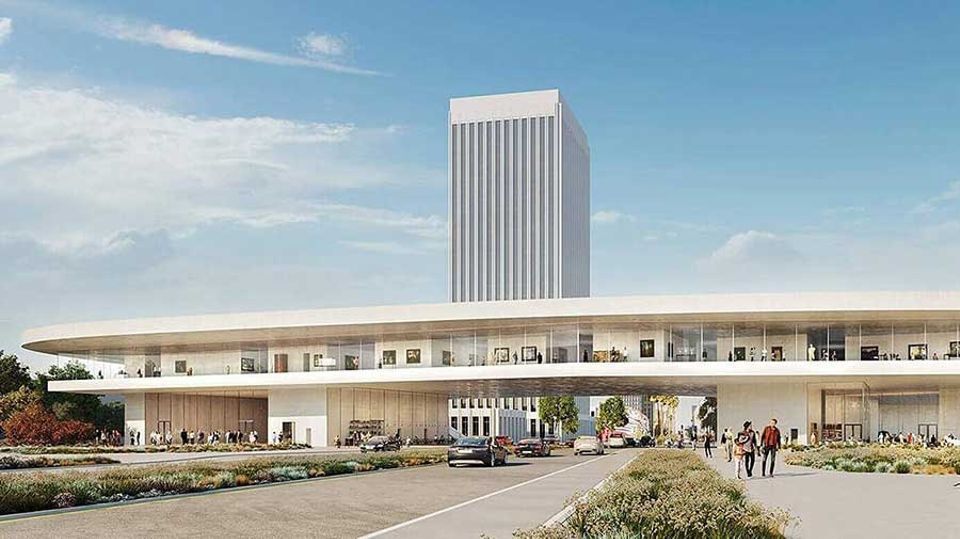 The Los Angeles County Museum of Art has entered a financially challenging period as it begins the process of redesigning its campus into a series of semi-transparent glass and concrete pavilions totalling 347,500 sq. ft, creating new indoor exhibition and public programming spaces and outdoor sculpture gardens and landscaping that improves visitor flow. The cost of the project, due to be completed in 2023, will be $650m. So how does a non-profit institution plan to pay for all that?

The County of Los Angeles is proving some of the funding, through a $125m construction grant, and the remaining $525m is to be raised from private donors, with the Hollywood film executive David Geffen making a hefty $150m pledge. Providing a bridge between the actual construction costs and the receipt of the donors’ cash gifts is a $300m bond that will be issued by the county, to be repaid by the museum from those private donations. The bond will mature in 30 years and have an annual debt service of $17.5m—and provide interest in return to investors.

Credit rating agencies, such as Fitch, Standard and Poor’s and Moody’s, have been evaluating the financial stability of both the county and the museum to determine how capable they are to meet their debt obligations. The answer is quite capable, according to Dennis Gephardt, vice president and senior credit officer at Moody’s, whose most recent report on the Los Angeles County Museum of Art determined that the institution had a “good credit profile” with “consistently good operating and capital support”. Of concern to the agency was the museum’s already high level of debt—$171.5m, all at variable, rather than fixed, rates of interest, making it subject to potential ballooning if the economy suffers—and its debt-to-revenue ratio of 2.8. However, the museum’s strong donor support, as well as the backing the county has provided, and the museum’s substantial cash on hand lessens its risk.

Moody's has rated Los Angeles county at AA1, which is the third-highest designation on the agency's 21 rating scale, while the Los Angeles County Museum of Art was itself rated A3, the seventh-highest rating. The higher the rating, the lower the interest rate that the bond issuer will pay investors. Institutions in Moody's A category are considered to be at very low risk of defaulting, while the bottom 10 ratings on the scale (from BA1 to C) are considered “noninvestment grade”, commonly called junk bonds.

The credit rating agencies do not tell museums what they should be doing, nor does it offer them advice. Rather, the rating agencies render opinions that investors can use to make investment decisions. “We don't evaluate a museum's collection or the exhibitions,” says Charlene Butterfield, director of Standard and Poor's higher education ratings group, adding that the credit agency's ratings reflect its views of an institution's “management and governance, enterprise profile or business position. We look at operating performance and the balance sheet.”

Not every institution welcomes a credit rating. The Delaware Art Museum (DAM) in Wilmington in 2005 took out a $24.8m loan in the form of tax-exempt bonds (to be repaid by 2037) in order to finance an ambitious $32.5m doubling in size of its building. Moody’s Investor Services was asked to rate the museum in 2003, but the institution’s administration at the time elected not to have the rating made public.

The building proved too ambitious for a museum with a $4m operating budget. Mike Miller, who was the chief executive officer at the DAM in 2013 (he retired in 2016), stated at the time that “the decision-making process by the board was decent, but I can’t say that the decisions that they made were. The credit-rating agencies and the banks all asked, ‘How are you going to repay your debt? And, if you spend your endowment to repay it, how are you going to operate?’” In defence of the museum’s board and CEO at that time, he noted that museums all over the country were “going with big, new buildings. The markets were good, the interest rates rosy”.

Certainly, the museum board and management were not prepared for the 2008 financial crisis, when the DAM’s endowment dropped from $33m to $21m. With an operating deficit of $1.6m—40% of its operating budget—its creditor Wells Fargo bank became concerned about the debt-to-earnings ratio and demanded a stepped-up level of repayment, which almost led to the museum’s closing. Instead, the DAM sold $30m worth of art from its collection in order to repay its loans and increase its endowment, a move that brought sanctions from the Association of Art Museum Directors.

The US economy is booming at the moment, but there have been questions about how long this will last—and if history is about to repeat itself.