The Victoria and Albert Museum (V&A) will gain a dramatic new entrance and one of Europe’s largest temporary exhibition galleries when its Exhibition Road extension opens to the public on 30 June. Designed by the London-based architect Amanda Levete, it is the biggest development of the museum’s Grade I-listed building in more than a century. The Art Newspaper can reveal that just four donors supported three-quarters of the project’s £49.5m cost.

The new entrance slices through the base of the Aston Webb stone screen built in 1909 to conceal the museum’s Victorian boilers. Located opposite the Science Museum and Natural History Museum, the entrance could boost visitor numbers to the V&A (three million in the past financial year) by around 10%.

Visitors will enter a gently sloping courtyard of more than 10,000 custom-made porcelain tiles, a tribute to the V&A’s rich ceramics collections. The space includes a café and an oculus that allows daylight into the exhibition gallery underground. The courtyard is named after the Mortimer and Theresa Sackler Foundation, which gave £10m to the project.

At the end of this piazza lies the new Blavatnik Hall, which connects to the museum’s main collection galleries and faces into the Victorian central courtyard. It is named after Len Blavatnik, the Ukrainian-born US businessman whose family foundation donated £5m.

An elegant staircase descends from the hall to the exhibition gallery in the basement, a feat of engineering dug 15m beneath the courtyard. It is named after the Sainsbury family, whose £18m contribution came from the Monument Trust (established by the late Simon Sainsbury) and the Headley Trust (established by Timothy Sainsbury). The 1,102 sq. m gallery is, coincidentally, exactly the same size as the Sainsbury-sponsored temporary exhibition space in the British Museum’s 2014 extension.

This single room has the flexibility to be configured differently for each show, encouraging curators to think more imaginatively than in the existing galleries in the main V&A building. Its column-free design heralds “exhibitions on an ascending scale of blockbusterishness”, according to the Guardian’s architecture critic Rowan Moore. The inaugural show on opera (see below) will be followed in spring 2018 by an exhibition on designing the future, which has not yet been formally announced.

The final major donor to the extension is the Heritage Lottery Fund (HLF), which gave £5m, with smaller donations totalling around £10m. The museum still has £1.6m to raise. This success contrasts with its ill-fated fundraising campaign for the Spiral, a twisting building designed by Daniel Libeskind for the same site in 1996. The V&A dropped the £70m plan (around £120m in today’s money) in 2004 after the HLF rejected its bid for a £15m grant. 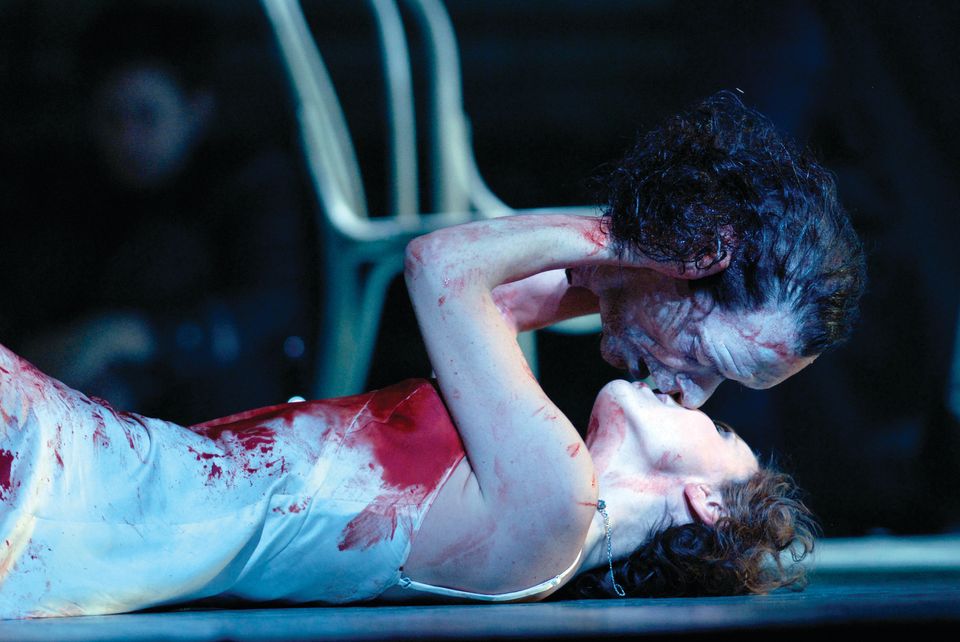 Speaking at the announcement of the Art Fund’s 2017 Museum of the Year shortlist on 27 April, the newly appointed V&A director Tristram Hunt defined the institution as a “museum of art and design and performance”. Until now, “art and design” has been the official designation. In the wake of its blockbuster exhibition on David Bowie (now at its tenth international venue, the Museu del Disseny in Barcelona, until 25 September), the V&A is opening its arms to performance.

In May, the exhibition Pink Floyd: Their Mortal Remains opened to acclaim in the museum’s main Victorian building (until 1 October). The first show in its new Exhibition Road extension will be Opera: Passion, Power and Politics (30 September-25 February 2018). With more than 300 objects, it focuses on seven opera premieres across four centuries, including Mozart’s Le nozze di Figaro in Vienna (1786), Wagner’s Tannhäuser in Paris (1861) and Strauss’s Salome in Dresden (1905).