Business as usual for museums funded by Sackler opioid money? 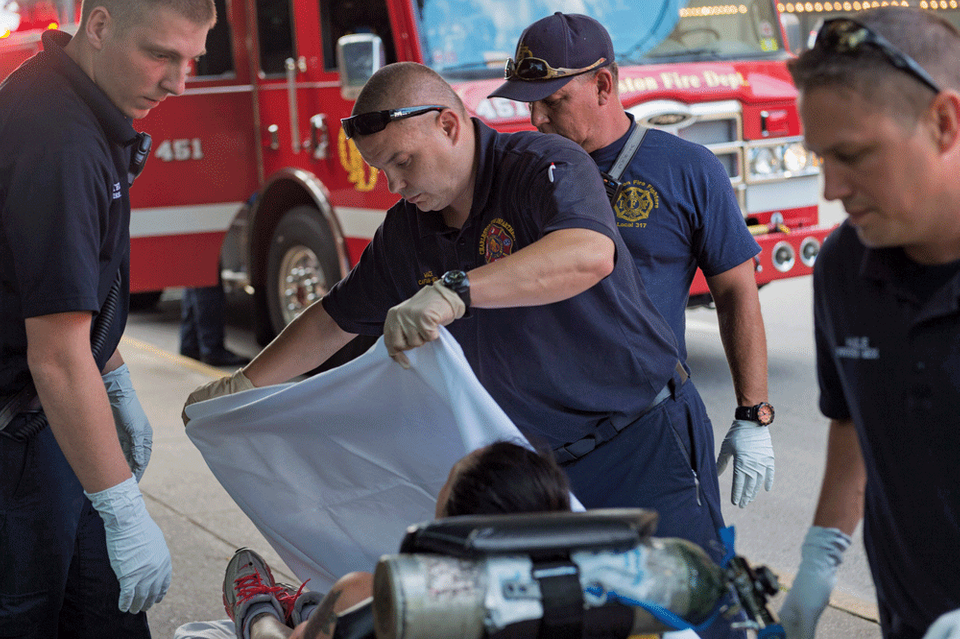 Museums funded by the Sackler family reacted with apparent indifference to an investigation published on 30 October in the New Yorker, which revealed that the source of the family’s wealth largely derives from the sale of OxyContin, a highly addictive opioid.

The Sacklers have a long and distinguished history of philanthropy in the US, the UK and elsewhere. Their gifts to museums have enabled the building of new wings, the opening of new galleries, the endowment of directorships and curatorships, and much more.

“Their name has been pushed forward as the epitome of good works…but, when it comes down to it, they’ve earned this fortune at the expense of millions of people who are addicted. It’s shocking how they have got away with it,” Allen Frances, the former chair of psychiatry at Duke University School of Medicine, told the New Yorker.

The family pharmaceutical business, Purdue Pharma, set up by brothers Arthur, Raymond and Mortimer Sackler, who grew up in Brooklyn, developed OxyContin as a prescription painkiller. It was launched in 1995. Arthur Sackler had died by then, but Raymond and Mortimer and their wives and heirs went on to make billions from sales of the drug.

The investigation described the marketing campaign surrounding the launch and sale of OxyContin. This was designed to overturn the medical community’s aversion to prescribing opioids, the magazine states, and Purdue Pharma “funded research and paid doctors to make the case that concerns about opioid addiction were overblown and that OxyContin could safely treat an ever-wider range of maladies”.

The drug went on to play a critical role in fuelling the current opioid epidemic in the US; patients who became addicted and then found it “too expensive or too difficult” to obtain turned to heroin, the magazine reported. According to the American Society of Addiction Medicine, “four out of five people who try heroin today started with prescription painkillers”, and figures from the Centers for Disease Control and Prevention suggest that 145 Americans die every day from opioid overdoses.

President Donald Trump declared the opioid crisis a national public health emergency in October, and last month, the White House Council of Economic Advisers estimated the national cost of the epidemic in 2015 at $504bn.

Purdue Pharma must bear much of the blame for the epidemic because its “multi-faceted campaign… misinformed the medical community about the risks” of opioid prescriptions, Andrew Kolodny, the co-director of the Opioid Policy Research Collaboration at Brandeis University, told the New Yorker.

Multiple lawsuits against Purdue Pharma in the US have been settled out of court; in 2006, for example, the company paid $75m to 5,000 patients who said they had become addicted to OxyContin, so there has never been a public reckoning of the company’s misdeeds. Many more lawsuits are pending.

In the US, many of the museums funded by the Sackler family have been supported by Arthur Sackler and his heirs, who did not directly benefit from the sale of OxyContin, the New Yorker reported. We contacted the Brooklyn Museum, the Solomon R. Guggenheim Museum, the Metropolitan Museum of Art, the Dia Art Foundation, Harvard Art Museums, the Museum of Fine Arts, Boston, and the Smithsonian Institution. Only the Smithsonian responded; a spokeswoman said that it accepted a donation of Asian art and $4m from Arthur Sackler in 1982, years before OxyContin was introduced.

In the UK, however, much of the funding for museums has come from the late Mortimer Sackler and his wife Theresa. The Serpentine Gallery in London inaugurated a new space in Kensington Gardens in 2013; designed by the late architect Zaha Hadid, the Serpentine Sackler Gallery was funded by a major gift from a foundation set up by Mortimer and Theresa. In a short statement, the gallery said it “has benefited from the philanthropy of the Sackler Foundation”, as have “many cultural and educational institutions across the world”.

The Victoria and Albert Museum (V&A) has also received major gifts from the foundation set up by Mortimer and Theresa Sackler, which enabled the opening of a Sackler Centre for arts education in 2004 and a new courtyard in June, while a family trust has supported the institution’s endowment and acquisitions. Theresa Sackler, who sits on the board of Purdue Pharma, has also served as a museum trustee since 2011. “The Sackler family continue to be an important and valuable donor to the V&A and we are grateful for their ongoing support,” a spokeswoman tells us.

The Ashmolean Museum in Oxford and London’s British Museum (which has received funding from Raymond and Beverly Sackler), National Gallery and Royal College of Art declared themselves grateful to the Sacklers for their money.

Such insubstantial responses are to be expected, says Adrian Ellis, the director of AEA Consulting, a cultural advisory firm. Cultural institutions are unlikely to take a principled stand on funding decisions unless public opinion turns against them, he adds. “Museums do not generally take the lead on issues of morality; they tend to react to changes in public opinion. So I would not expect action unless there is a general hullabaloo.”

• Comment: Culture is compromised by donations from the Sackler family: we must not accept any more of their money