California man is charged with illegally importing an ancient mosaic, possibly from Syria

Indictment says the paperwork misrepresented the work’s quality and value 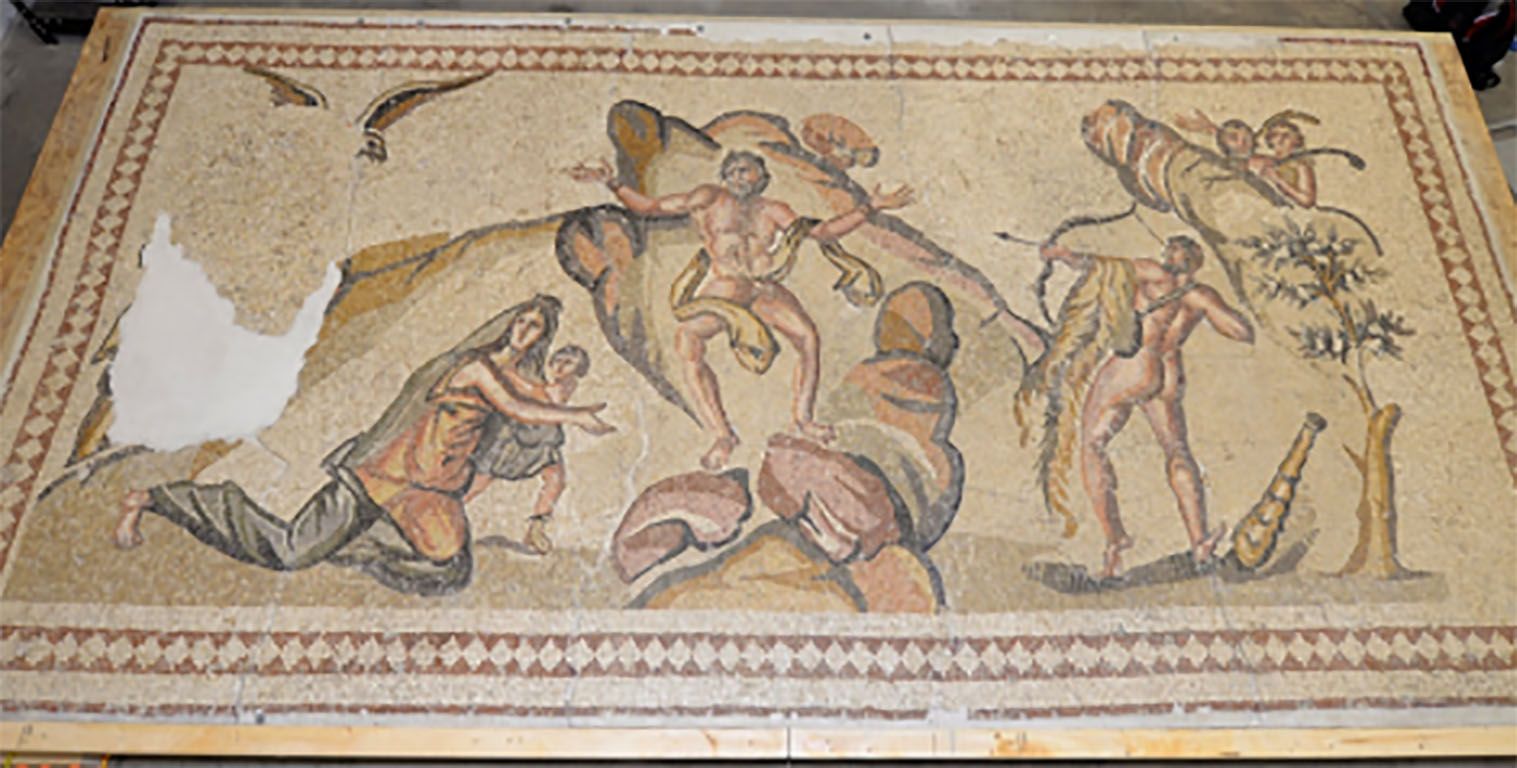 A mosaic seized from a California man's home in 2016

A California man has been indicted on charges of illegally importing an ancient mosaic depicting the Roman god Hercules that the authorities have said may have been looted in war-torn Syria.

The 18-foot-long mosaic, believed to date from the third or fourth century and weighing about a ton, was seized in 2016 from the home of Mohamad Yassin Alcharihi, 53, in Palmdale, north of Los Angeles, US Customs and Immigration (ICE) says. On 24 July he was charged with one count of entry of goods into the United States that were falsely classified in their quality and value, it adds.

The indictment asserts that Alcharihi claimed he was importing a mosaic and other items valued at $2,199, although the mosaic is worth more, ICE says. It also alleges that he misrepresented the quality of the mosaic and what the artwork depicted.

Alcharihi is likely to appear in a federal court to face arraignment next month, ICE reports.

Under the indictment and a complaint that was filed in 2018, the government is pursuing the forfeiture of the mosaic, which was seized by FBI and Homeland Security Investigations agents.

In the forfeiture complaint, the United States District Attorney’s Office of the Central District of California said that an expert recruited by the government had concluded that that the artwork “was an authentic mosaic from the Byzantine period depicting Roman mythology, and was consistent with the iconography of mosaics found in Syria, in particular in and around the city of Idlib.”

Since 2011, Idlib has been rocked by conflict between and rebel and jihadist groups and Syrian government forces. Like many other countries, the United States has adopted import restrictions on archaeological material from Syria with the goal of protecting endangered cultural property.

The seizure in 2016 was carried out as part of an investigation into the “smuggling [of] looted items believed to be from a foreign conflict area into the United States”, the United States District Attorney’s Office said in the 2018 complaint.

The complaint said that although paperwork indicated that the mosaic was part of a shipment of vases and mosaics worth only about $2,200, Alcharihi later admitted paying $12,000 for the items. Such a value would have necessitated higher import duties.

The inquiry resulting in the charge on 24 July was handled by ICE, HSI, the Los Angeles Public Safety group and the FBI’s Art and Antiquity Investigations group. The case is being prosecuted by the US Attorney for the Central District of California and the US Department of Justice Criminal Division.