The 19th century Sepulveda Adobe and western movie set Paramount Ranch have been destroyed, but the fate of many other buildings remain unknown As of Tuesday Morning, the Woolsey Fire in Southern California has decimated 96,314 acres, killed two people, and is just 35% contained. The fire began last Thursday afternoon near Simi Valley, in Ventura County northwest of Los Angeles, before spreading rapidly south towards Thousand Oaks, Calabasas, Agoura Hills and finally Malibu, on the very edge of the Pacific coast. Years of drought and one of the hottest recorded summers set up a perfect storm for the conflagration, which was made even more destructive by the powerful Santa Ana winds. Roughly 435 buildings have been destroyed, with another 57,000 threatened—including many historic and culturally important structures—however those numbers may rise as more of the affected area can be surveyed.

In popular imagination, Malibu and the surrounding communities are home to movie stars, millionaires and their lavish mega-mansions. In reality, the area has a rather heterogeneous architectural heritage, ranging from Spanish Revival homes, to funky beach cottages, and Mid-century Modern landmarks. A survey of buildings destroyed, damaged or endangered by the Woolsey Fire speaks to this diversity. 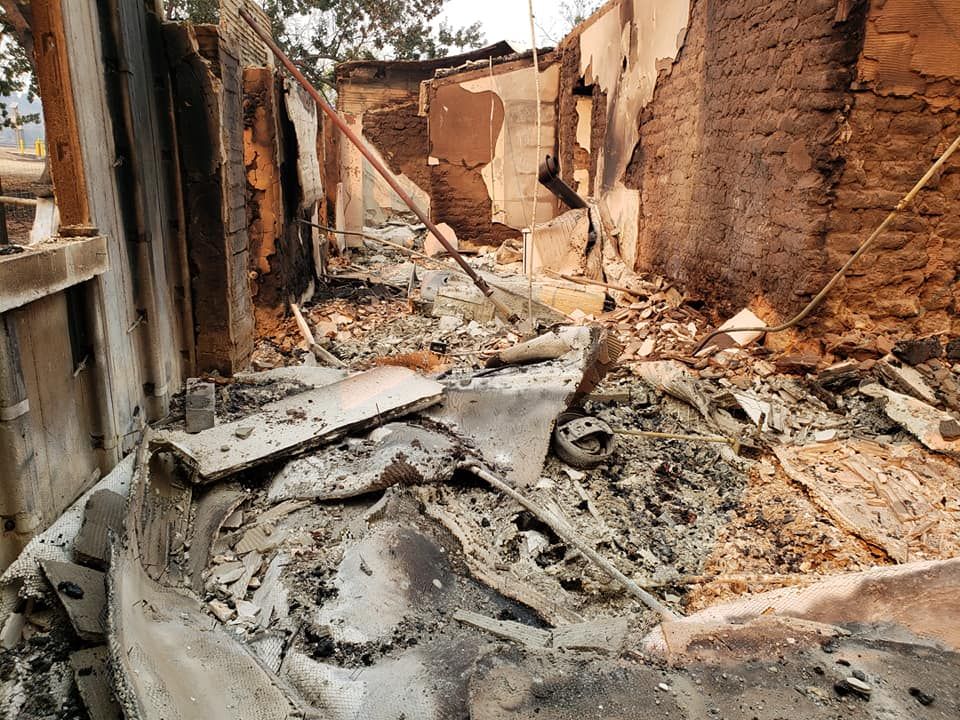 Built by the pioneer homesteader Don Pedro Alcantra Sepulveda for his wife Soledad and their 12 children, the home was in the process of being restored at the time it burned down, making its loss all the more painful Photo: Barbara Tejada

One of the oldest structures destroyed is the Sepulveda Adobe in Malibu Creek State Park, which dates back to 1863. Built by the pioneer homesteader Don Pedro Alcantra Sepulveda for his wife Soledad and their 12 children, the home was continuously inhabited until 1980, however it was badly damaged in the 1994 earthquake. It was in the process of being restored at the time it burned down, making its loss all the more painful.

Nestled in the Santa Monica Mountains, Paramount Ranch is a 2,700 acre set used by the film studio to shoot a range of productions from The Adventures of Marco Polo (1938) to The Lake House (2006). Its star feature, however, was Western Town, created in the 1950s for cowboy shows and used most recently as a setting for HBO’s Westworld. It was also the site of the alternative art fair Paramount Ranch, which ran from 2014 to 2016. The entire town, except for a church building, has been lost.

Moving south to the coast, Pepperdine University lost some outbuildings, but the main campus, designed by William Pereira and Associates in 1973 was so far safe. His red-roofed, stucco-covered concrete buildings were intended as a “modern interpretation of the Mediterranean Revival style,” according to the Los Angeles Conservancy. A beautiful example of this style is the nearby Adamson House, dubbed the “first beach house in Malibu”. Now a museum, it is presumed safe, although its fate is still unconfirmed.

The Getty Villa, a 1970s recreation of an ancient Roman Villa built on the eastern edge of Malibu by the collector J. Paul Getty to house his antiquities collection, is so far safe but has been closed to the public while the Pacific Coast Highway is being used by emergency crews. The museum has in the meantime offered its building up as a recovery site for firefighters. Further west in Malibu, The Depart Foundation, a non-profit focused on contemporary art, is also safe, however they have postponed their next exhibition, set to open on Saturday, which was to be a solo presentation by Malibu artist Keegan Gibbs, whose home was destroyed. The Wishtoyo Chumash Village, a recreation of a working Native American village at Nicholas Canyon County Beach, is also safe, according to their Instagram.

In addition to these cultural sites, several iconic modern and contemporary homes dot the area, from Henry Gesner’s organic Wave House from 1955-56, and John Lautner’s wave-like 1968 Stevens House in Malibu, to Case Study House No. 28 designed by Buff & Hensman in Thousand Oaks, Frank Lloyd Wright’s Arch Oboler complex, and several homes by Frank Gehry. The status of many of these structures is still unknown according to a list compiled by Curbed LA. As the California Department of Forestry and Fire Protection lifts evacuation orders over the coming days, a clearer picture will emerge of just how much of our architectural and cultural heritage has been lost.