The country is in the doldrums, but its artists have never before enjoyed such critical acclaim abroad

Rio’s Olympics gave Brazil a temporary lift last month, but attention is now turning back to the country’s grim reality. In the seven years since winning the Olympic bid, Brazil has gone from commodities-fuelled boom to corruption-ridden burn-out.

Predictably, Brazil’s art market has stalled, and some galleries have reported their business down by a third. But the international reception of Brazil’s artists, most recently their prominence in the Tate Modern extension, “is a cause for celebration”, says Márcia Fortes, the director of Galeria Fortes Vilaça, in São Paulo. The gallery, like others, is relying on international sales until domestic confidence returns. This year, it is showing at eight art fairs abroad, instead of its usual five.

No one is underestimating the scale of the challenge. Latitude, the platform for Brazilian art abroad, issued a report on 40 Brazilian galleries in 2015, which found that they earned 85% of revenues in Brazil in 2014, and private Brazilian collectors accounted for 73% of overall sales volume. But it also noted increasing sales abroad, especially to the Tate in London, and the Museum of Modern Art (MoMA) and the Guggenheim in New York.

A number of galleries abroad have had confidence in Brazil’s artists for years: Alison Jacques Gallery has represented the estate of Lygia Clark since 2010, while Lehmann Maupin’s relationship with Adriana Varejão dates back to the 1990s. Now some of the art world’s biggest players are entering the market. Varejão is scheduled to show her work at Gagosian Gallery in Rome, and Hauser & Wirth, which already represents the Mira Schendel estate, will mount its first exhibition of Lygia Pape in London this month (23 September–19 November). The gallery’s senior director, Graham Steele, is confident that the Brazilian market will return, but the gallery’s focus is “all about” institutions and collections abroad. “It’s very interesting to be representing such influential artists, who, outside the curatorial world, are substantially less well known than the ‘American’ story of New York, Los Angeles, Paris, Rome and Berlin,” he says. “There’s no time like the present to rewrite art history.”

Engagement with Modernism Maria Quiroga, the director of São Paulo’s Galeria Luisa Strina, says: “There has been a growing interest in artists from the so-called ‘peripheries’ over the past ten years.”

It is a testament to Brazil’s long engagement with Modernism that its artists feature in the new Tate Modern hang and, increasingly, in the collections of MoMA, the Guggenheim, the Pompidou and the Art Institute of Chicago. In 1922, radical artists put on the Semana de Arte Moderna in São Paulo; shortly after, the Grupo dos Cinco (group of five) was founded, which centred around Tarsila do Amaral and the poet Oswald de Andrade, whose 1928 essay Manifesta Antropófago (cannibal manifesto) called for a fusion of Brazilian traditions with international art. The idea of cultural “cannibalism” has played an important role in Brazil since: Andrade credited Amaral’s work with its inspiration, and MoMA and the Art Institute of Chicago will devote a show to her in 2017-18.

The Tate, meanwhile, focuses on the next phase of artistic development: the 1950s and 1960s, the foundation of the São Paulo Biennial and the architectural transformations of Oscar Niemeyer and Lina Bo Bardi. The museum’s View from São Paulo display includes work by Schendel, Clark, Pape and Hélio Oiticica; the latter also has a solo gallery. In 2017, the Met Breuer in New York will mount an exhibition devoted to Pape.

The new generation Even the dark days of Brazil’s military dictatorship produced important artists such as Cildo Meireles and Tunga; Meireles has a solo room in the Tate, while Tunga, a veteran of numerous biennials, was shown in a huge installation at Art Basel just after his death this year.

Now a new generation has emerged: Ernesto Neto, Vik Muniz, Beatriz Milhazes, Adriana Varejão and Rivane Neuenschwander, whose work is regularly shown abroad. The sculptor Jac Leirner, also part of this group, is in the Tate’s Between Object and Architecture display. “We used to be treated as a parallel history of art, a bit like the auction houses having separate Latin American and contemporary art sales,” says Fortes. “When you see [works by] Jac Leirner hanging next to Bruce Nauman at the Tate, it’s really something to celebrate.” 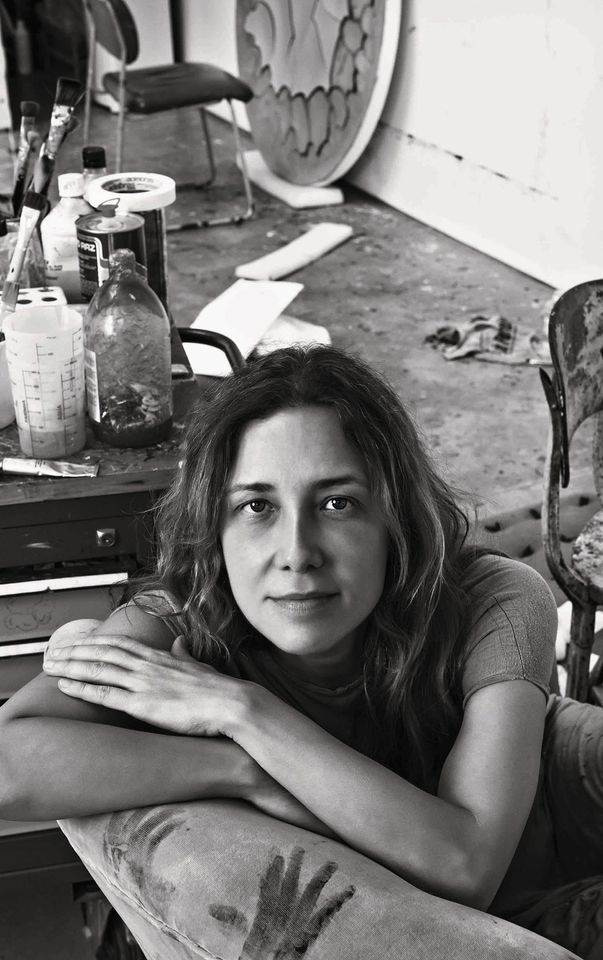 Rio 2016’s aquatics centre was completely covered by a work of art—a flexible tarpaulin mimicking tiles—by Adriana Varejão. David Maupin, the director of the gallery Lehmann Maupin, which represents Varejão (along with Galeria Fortes Vilaça and Victoria Miro), says that the Games’ cultural commissioner, Carla Camurati, saw her ceramic installation at Bernado Paz’s famous Instituto Inhotim and asked her to create a version for the pool. Superfically, Varejão is an obvious choice: her work often uses swimming pools and Portugese “azulejos” tiles as source material. But in many ways, it was risky. Much of her work addresses racism, identity and colonialism: in one series, broken tiles ooze bloodily. Varejão herself has said that her work traces its roots back to the poet Oswald de Andrade’s Cannibal Manifesto (see main text). 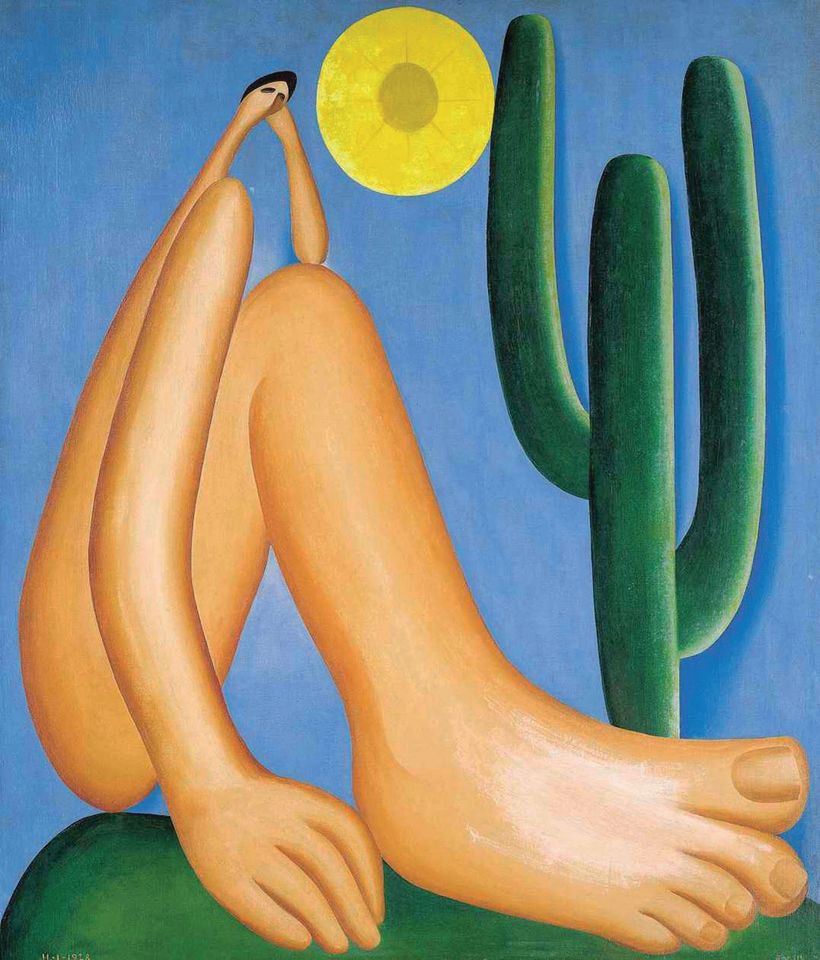 Anita Malfatti and Tarsila do Amaral are among the founding members of the Grupo dos Cinco. Malfatti studied art in Germany with Lovis Corinth, Amaral in Paris with Fernand Léger. In 1995, Amaral’s Abaporu (1928), the emblematic image of the Cannibal Manifesto, sold at Christie’s in New York for $1.4m (with fees).

In auction terms, Beatriz Milhazes is the most successful living Brazilian artist. Her painting Meu Limão (2000) sold for $2.1m (with fees) at Sotheby’s New York in 2012. Adriana Varejão’s Wall with Incisions à la Fontana II (2001) sold for £1.1m (with fees) at Christie’s London in 2011. 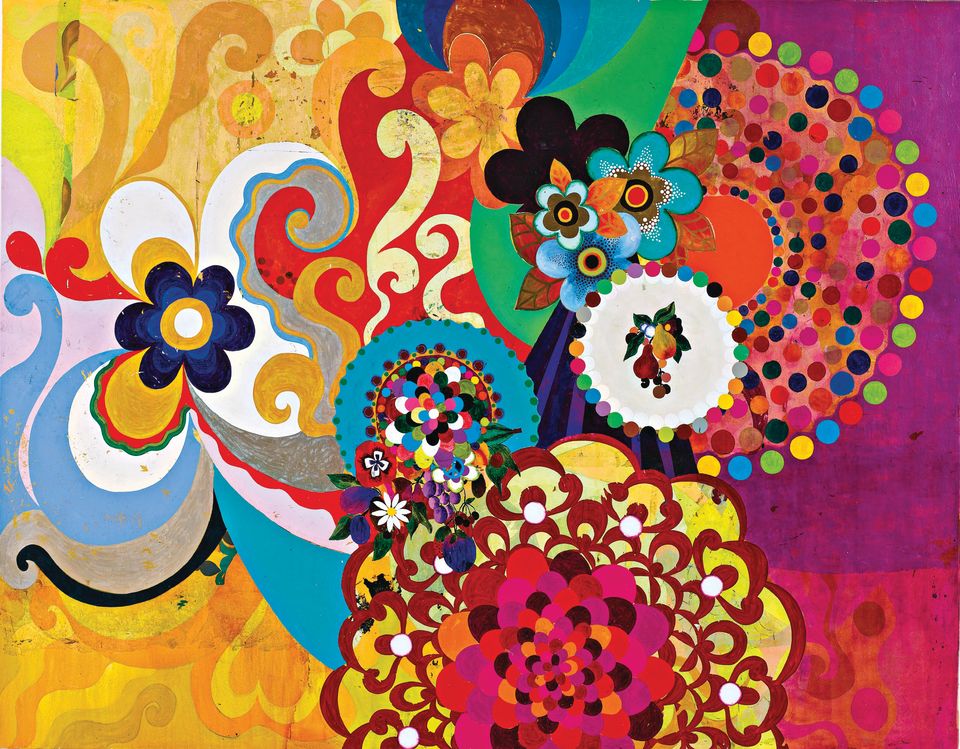