Union says years of mismanagement are to blame for current crisis at the Southbank Centre, home to the Royal Festival Hall and Hayward Gallery 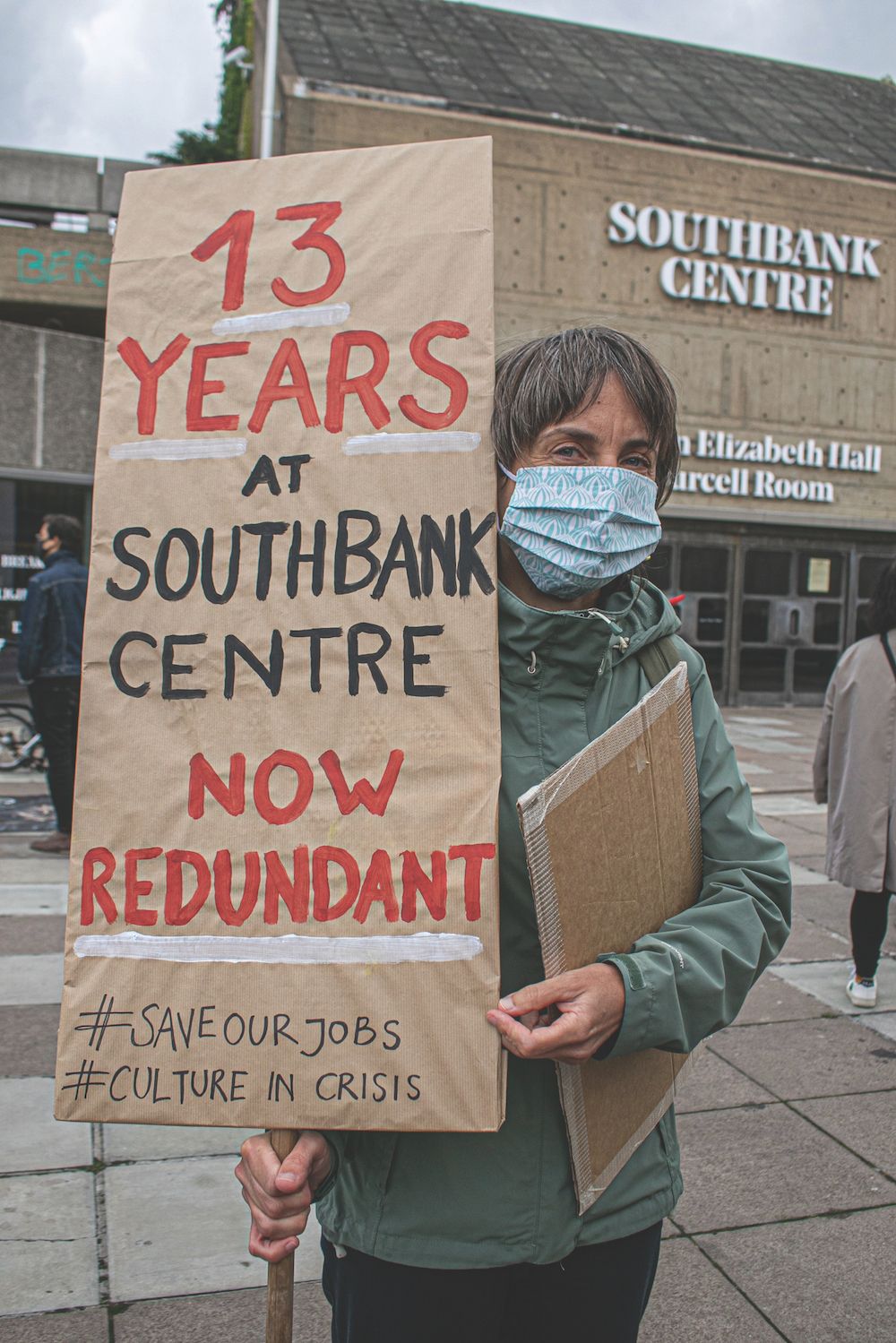 The chief executive of the Southbank Centre in London, which made 322 workers redundant last month in the wake of the Covid-19 crisis, tells The Art Newspaper that “our entrepreneurial model is very successful”. Elaine Bedell, who has been in post since 2017, also insists that the Hayward Gallery, a key part of the complex, “has a future. It’s incredibly important to us that the Hayward continues its programme.”

However, in evidence submitted to an inquiry convened by the department for Digital, Culture, Media and Sport (DCMS) in July, Southbank’s management highlighted a debt of £21m—“taken out with complete cognisance and support from [principal funder] Arts Council England, DCMS and the stakeholders”, Bedell stresses in her interview—and asked the UK government to “address our debt levels, either by providing the funding to pay off these loans or by taking over the loans”.

Critics have questioned the institution’s business model and the oversight of Arts Council England (ACE), over the past decade or more. “[The crisis] is a legacy of management failure over many years”, says Gareth Spencer, Southbank branch secretary for the Public and Commercial Services union (PCS). Bedell says, however: “I don’t know an artistic business model that is pandemic proof.”

The centre, which comprises the Queen Elizabeth Hall, Royal Festival Hall and Hayward Gallery as well as the Arts Council collection, was forced to close on 17 March. The vast venue, a symbol of post-war optimism built in 1951 under a Labour government, may have to stay closed until April next year or even later. 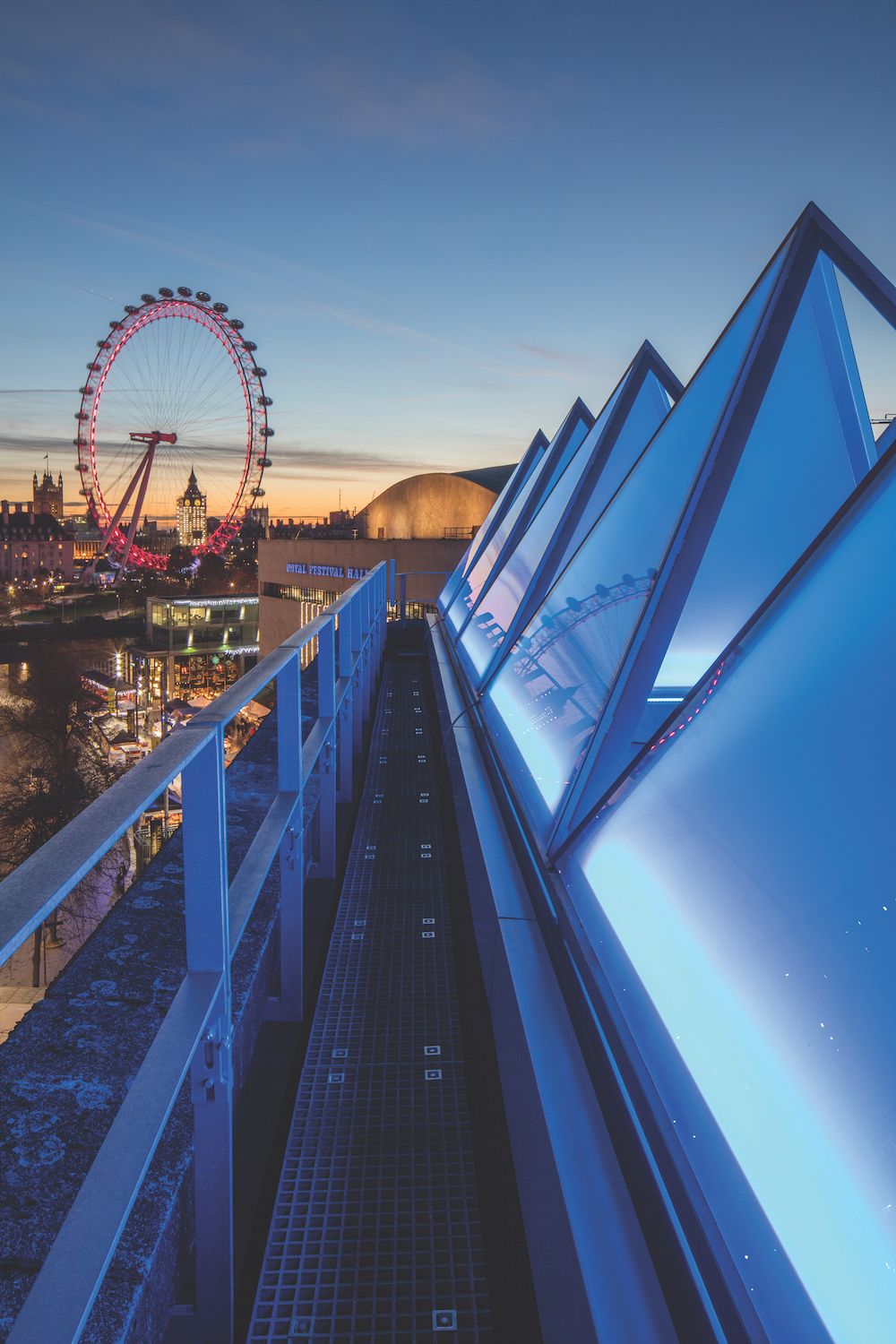 The Hayward Gallery, after its recent £35m refurbishment, with the Royal Festival Hall in the background

Crucially, the registered charity has taken out a series of loans to cover capital costs. “A term loan of £15.1m was provided by AIB Group (UK) plc in September 2004 to fund the estate development and is secured by a fixed charge over the Royal Festival Hall extension building. The loan is partially repayable in quarterly instalments until April 2027 when a balance of £6m will remain outstanding,” says the 2018 annual review.

The financial situation is complicated further by an outstanding loan of £7m provided by Lloyds Bank in June 2018 to fund further estate development, which “is secured by an assignment and charge over the retail lease income from property at the Royal Festival Hall” (income from on-site restaurants and shops).

The commercial revenue from these streams was intended to pay down the £21m debt, but it seems that running costs and the cost of the artistic programme were allowed to mushroom. “It is and it was [paid down], but, given Covid, [commercial income] has collapsed so we’re no longer able to meet it. The problem we’re all dealing with, no matter what our business model is, is that audience return is difficult to predict, and we’re not sure when we’ll be able to reopen,” Bedell says.

To mitigate a £25m total loss of income this financial year, the institution has also minimised maintenance costs, used the government’s furlough scheme and implemented 20% pay cuts. The annual costs of just running the site (maintenance, cleaning and security) amount to £11m.

ACE has historically been generous to the Southbank, both in terms of capital and programme funding; in 2010 after its first big financial wobble, ACE awarded the venue £20.7m, together with a top up capital grant to support increased refurbishment costs. From 2015 to 2018, the centre received £19.7m annually.

ACE’s present grant of £18.4m represents 38% of the Southbank’s total income. Therein lies the dilemma, points out Bedell. “A fundamental point of our financing is that the ACE grant is given to us for the production of art, but we do not have any funding to maintain the site and the buildings; they don’t belong to us, they belong to the government,” she says.

“We were campaigning pre-Covid that we should have access to some capital help from government pots as the DCMS-sponsored organisations do. The museums can access pots of money for capital expenditure; we have had to find alternative sources of income to fund the site because we want to preserve the ACE grant for the production of art 362 days of the year,” Bedell adds.

“Time after [the renovation], the Southbank demanded more money and year after year the Arts Council coughed up. Neither body was answerable to anyone,” writes the critic Norman Lebrecht in the Spectator magazine. The Southbank has gone “bleating to the government” even though it is the country’s largest “subsidy guzzler”, Lebrecht argues. ACE says: "Along with other organisations that have a low reliance on public funding and a high degree of earned income, the Southbank Centre is particularly vulnerable to the impact of the Covid-19 crisis, with the closure of its venues in some instances and reduced footfall in others."

The Art Newspaper understands that the cost of the artistic programme across the complex rose from £7.7m prior to the refurbishment of the Royal Festival Hall to £11.2m post-reopening. “Is the Southbank Centre determined to spend as much money as it can on its year-round artistic programme? The answer is yes. Forty per cent is free, and that’s a commitment we’re very proud of,” Bedell says.

The 2018/19 annual report highlights that the centre sold one million tickets, achieving gross sales of £21.5m; site footfall also amounted to nearly 32 million visits. Self-generated income increased from 43% in 2010/11 to 62% in 2018/19. Asked if she inherited high staffing levels, Bedell says: “I don’t think our staffing levels were excessive.”

PCS says that the current plan is to close the Hayward exhibition Among the Trees on 31 October. The next show, dedicated to the US artist Matthew Barney, is scheduled for March 2021. “All visitor experience staff except one senior manager are to be made redundant,” PCS says. The Southbank Centre declined to comment on this matter.

Asked if the Hayward turns a profit, Bedell says: “Across the year, we try to have exhibitions that even out. We try and have what might be termed a blockbuster or a popular show such as Bridget Riley (2019/20). That allows you to mix in your other exhibitions across the year that might get less ticket sales but are reputationally interesting and exciting.”

What happens next? Southbank told the DCMS inquiry that it will review its business model and that the debt prevented it from accessing Treasury relief measures; it has since applied to the government’s £1.57bn Cultural Recovery Fund, which will be administered by ACE. The DCMS declined to say if it will step in and save the centre.

CLARIFICATION (2 October): On the issue of debt repayment, Elaine Bedell adds: "The £2m servicing of the debt was perfectly manageable pre-Covid."

Plans ‘in the trash can’: remote learning forces US college museums to get creative

Plans ‘in the trash can’: remote learning forces US college museums to get creative