Can you digit? A media art pioneer celebrates 15 years

When Steven Sacks opened bitforms gallery in November 2001, digital art was still considered niche, or merely novel. But what was a big risk for Sacks, who set up with his own money in a second-floor space in Chelsea just two months after the Twin Towers fell, now seems prescient: media departments are proliferating in museums, mega-galleries such as Pace and Lisson are signing artists like Leo Villareal and Cory Arcangel, and sales to collectors are finally catching up with early institutional interest. 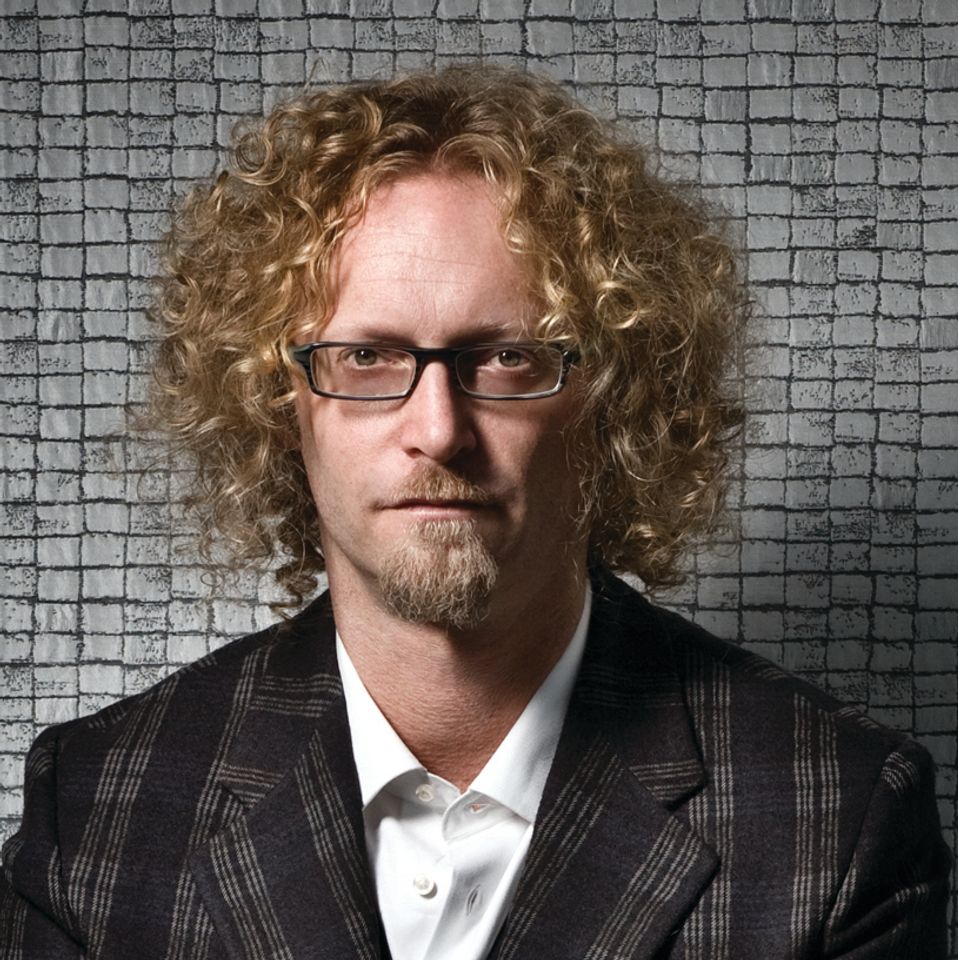 Today bitforms gallery occupies a ground floor space in the Lower East Side and represents 15 artists with a wide range of digitally based practices. Sacks is celebrating with a major off-site show in San Francisco featuring works by around 20 artists, dating from the 1970s to the present day. He discussed the history and future of the field.

The Art Newspaper: What made you decide to open a gallery specialising in “new media art” just as the ­ dot.com bubble was bursting?

Steven Sacks: In the 1990s, I was the co-founder of Digital Pulp, a branding agency combining classic creative with people who were involved with technology and programming. I knew what I had loved was the relationship between art and technology, but I couldn’t really see the next step. Then shows started appearing: Bitstreams at the Whitney and 010101.org at the San Francisco Museum of Modern Art [both 2001]. A spark went off, and I thought I could enter the art world with new, experimental media as a foundation.

Technology has been a part of art forever—every new innovation has had an impact on artistic practice—but what was going on in the 1990s and 2000s was different. It’s had a major impact on the conceptual development of art and its making: it has been the biggest change since I opened my gallery, the artists who are influenced by the internet, or using code to create works of art.

You favour the term “media art” to describe the range of historical and non-digital work the gallery ­presents. Why? 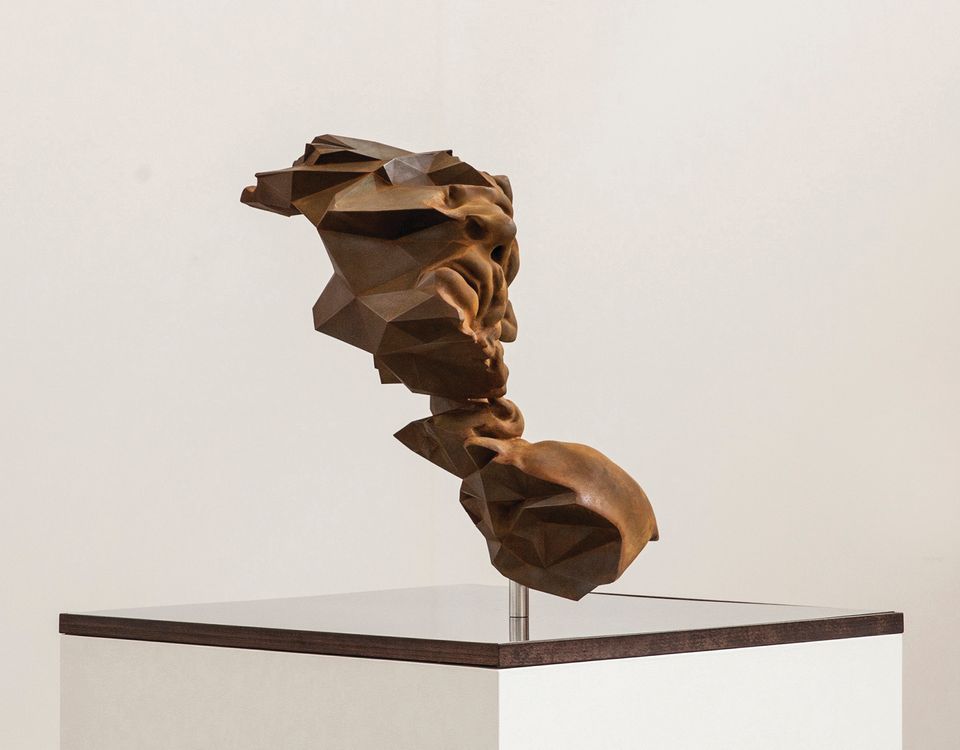 Quayola’s 2016 Laocoön Fragment B_005.003, based on a classical statue. Courtesy bitforms gallery

The problem with the term “new media” is that what is “new” is relative to each generation. I wanted to explore how each generation connects to, and interprets, the advanced tools of their time. My interpretation is also very broad; it can include traditional media that connect to technology, like prints, sculptures or photography, but it can also mean screen-based, generative works or installations. Artists at different periods have different mindsets and different tools available to them, so it’s not just about the latest and greatest, but what was experimental at the time. A lot of my artists also have a conceptual connection, addressing issues like privacy, surveillance, drones, artificial intelligence—issues that are pervasive in society.

All artworks require some kind of maintenance, but it’s a little bit more challenging at the point of sale when you have to say, “the screen and the computer it uses are going to fail, and you will have to migrate this at some point”—but it’s the gallery’s job to say it. I think about screen-based works in two ways: “unframed”, or just the software, and “framed”, where it includes a physical element, which is a bit trickier. You have to give the collector a set of guidelines on what you can swap out or emulate in the future if something fails or disappears. People who buy one of Rafael Lozano-Hemmer’s Shadowboxes [a series of around 50 works made since 2006] get an eight-page manual with the options for migration and replacement parts.

Is this kind of work hard to display?

It depends. An interactive installation is going to be more difficult than a screen-based work. I’m working with a company called Niio on a collections management and distribution system for video and hopefully computer-based works. If you are a collector with 25 pieces you can put everything on the system and lend to museums without sending over a file. You could also show the works you have in rotation, as long as there’s no restrictions from the artist, on your dedicated screen for art at home. It works really well in the urban environment, where space is limited even for the wealthiest collectors.

What do you think are the most exciting developments in media art?

I’m very excited about computational, generative, interactive work. It is one of the big advances of the past ten years and it still has room to develop. The computational power available to artists who came out of art school in the past three or four years is so much greater; it’s allowing them to work with interactivity, data, 3-D rendering. Virtual reality is also very topical—the experience is powerful and a bit disturbing, which a lot of artists like.

We are also seeing higher and higher production values. In the beginning, artists were like, “Oh, you can print out this funny little object,” but now the materials and the finishing are getting serious. [The London-based Italian artist] Quayola, for example, uses data gathered from studying Old Masters up close to create complex digital formations. The finished works lose their original iconography but become new objects of contemplation.

The Guardian newspaper called him “the groovy German who taught computers to make art”. In the 1960s he challenged the traditional role of the artist by using the vast mainframe at Paris’s Institute of Meteo­rology to generate, rather than execute, works of art.

A pioneer of multiple-channel video work, and a leading player in New York’s avant garde in the 70s, Korot’s works sometimes draw parallels between computing and hand processes like weaving. She described the loom to the New York Times as “a programming tool… the first computer on earth”.

Lozano-Hemmer is a leading name in responsive installations such as Pulse Spiral, 2008, composed of up to 400 lightbulbs with an interface that records each participant’s heart rate and flashes the beat in rhythm, one bulb at a time. “So you are basically in a space with the last 400 heartbeats that entered it,” Sacks says. “It’s stunning, it’s emotional and it goes beyond the hardness and sterility that many associate with tech.” = 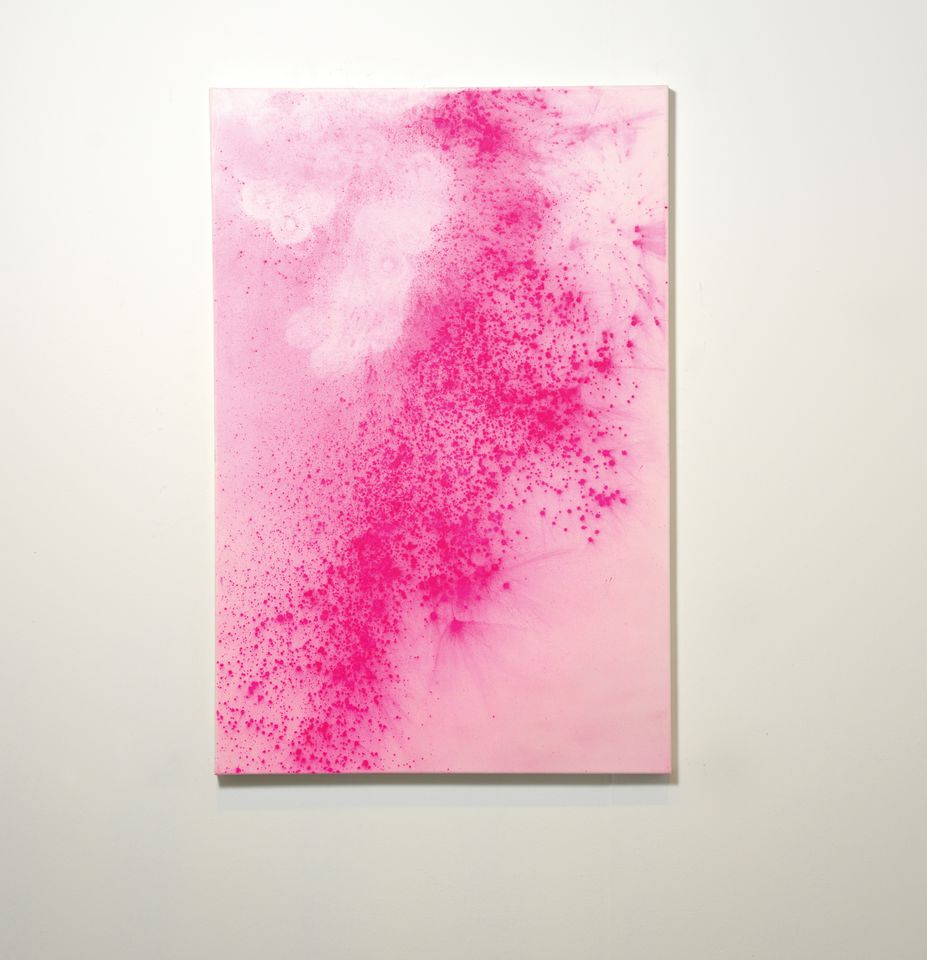 Born in Portland, Oregon, 1981; based in New York and Vienna

A conceptual artist whose work has examined surveillance, hacking and motherhood, among other topics, Wagenknecht began this series of open-ended paintings made by mini-drones, using powdery materials from gunpowder to raw pigments, in 2007.